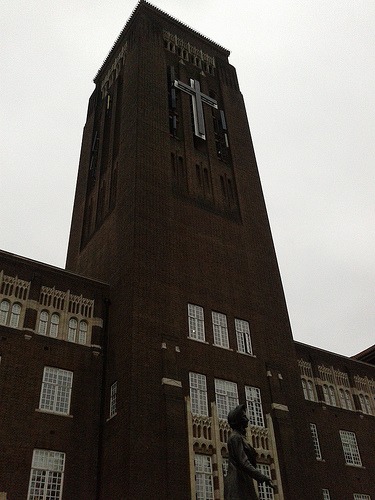 The weekend just gone saw Open House London 2013. I didn’t really get involved with it, partly because I spent Friday night completing the Maggie’s Culture Crawl (a night-time charity walk around London) and didn’t get to bed until 9 am. This didn’t leave me with much time or inclination to stand in queues to enter buildings for hours. However, when I went to Denmark Hill station (in pursuit of my London Underground project) I saw that the Salvation Army’s William Booth College was right across the street and open to visitors. I thought, since I was there, I might as well pop in, though my only knowledge of the Salvation Army comes from two rather dubious sources: one, the ‘Sally Army’ weapon employed by the little wriggly soldiers in the computer game Worms, and two, Harold Bishop in Neighbours. 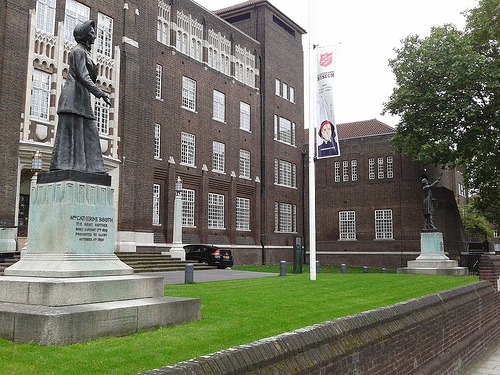 The College was founded in order to train cadets, both men and women, for service as officers. Built as a memorial to, and named after, the founder of the SA (statues of him and his wife Catherine are present outside), it was designed by Sir Giles Gilbert Scott, the architect of Liverpool Cathedral, opening in 1929. 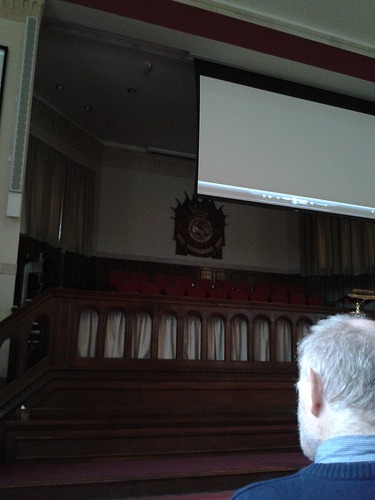 I attended a short talk on the history of the Salvation Army, and then there was an opportunity to climb the tower, but since I’d just done a 15-mile walk and subsequently had only two hours’ sleep, I decided not to take this.