After visiting, and loving, the Jean Paul Gaultier exhibition at the Barbican, I decided to visit the satellite exhibition, Jean Paul Gaultier: Be My Guest, which is being held in the London College of Fashion‘s Fashion Space Gallery until the end of May. The Gallery is near Oxford Street and I popped in one weekday lunchtime (the exhibition is open every day except Sunday).

This small but interesting exhibition showcases Gaultier’s graphic design work, which dates from the early 1980s to the present day. It includes invitations to his shows as well as advertising campaigns.

The exhibition really complements the Barbican’s exhibition and further shows how Gaultier’s unique style developed over the years. 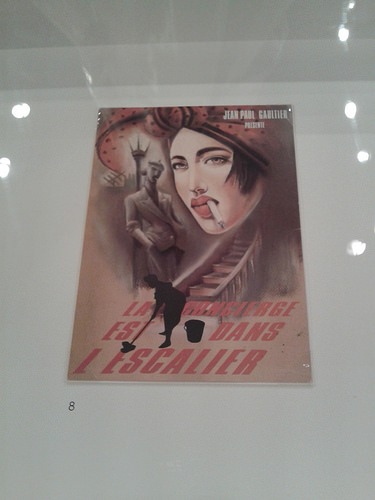 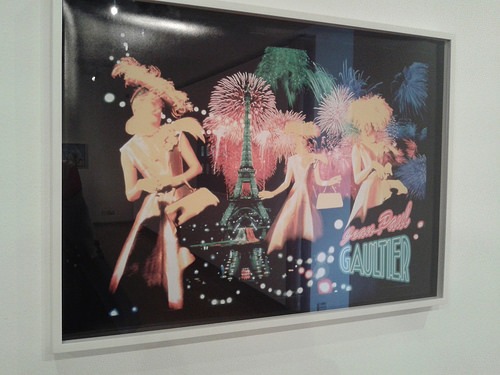 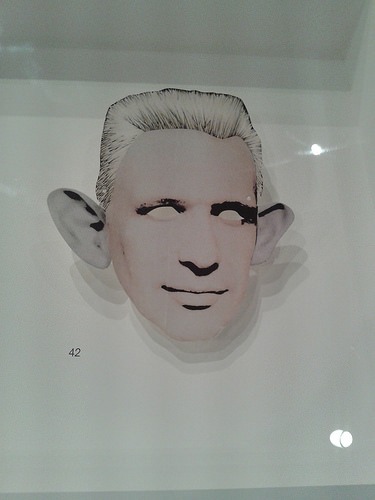 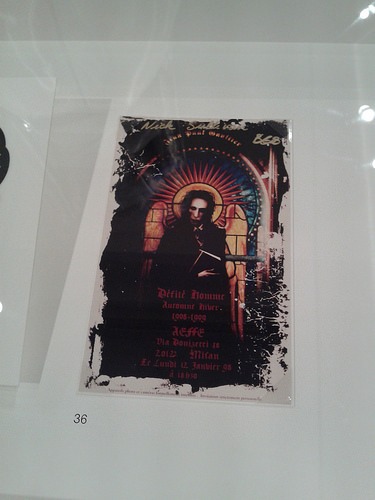 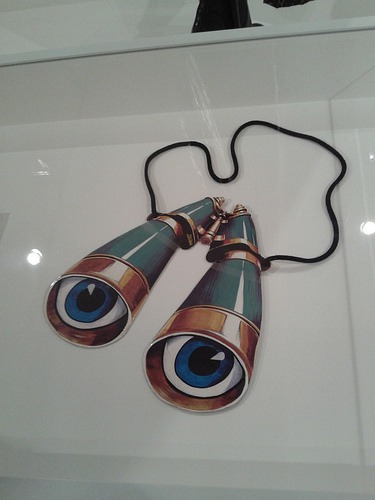 I like visiting random museums in London, and last weekend I went to the National Army Museum. My visit that day was prompted by hearing that the museum is due to close on Wednesday 30 April for two years for refurbishment and redevelopment. Personally I think it’s a bit strange to close the museum in the year of the 100th anniversary of the start of World War I, when interest will surely increase, but I suppose they have a reason for it.

The museum is located near Sloane Square station in west London (well, not too near – I still chose to get a bus). It’s free to enter, and there’s a café and gift shop as well as a children’s area. From the outside it does look well-maintained and inviting – for a museum that’s due to close for refurbishment imminently, I thought it looked pretty good.

The content of any museum is what matters, of course, as well as how the information is presented. I was very impressed with this, more so than I had expected. The museum looks at the history of the British Army from its beginnings as Cromwell’s New Model Army during the English Civil War, through the Napoleonic Wars and Wellington’s victory at Waterloo, to the Crimean War and conflict in Africa and the Indian subcontinent. Naturally it examines both World Wars as well as more recent conflicts including the Korean War.

I thought the museum was well laid out, interesting and was pitched at an appropriate level for both adults and children to get something out of it. I actually witnessed an adorable exchange as I entered the exhibition: there were two little boys with their dad (who must have been ex-army) and one of the boys, pointing at a case of seventeenth-century muskets, said, “Was yours like that Daddy?” So cute!

Whether you are for it or against it, war has been hugely important in history and this museum covers key conflicts involving the British Army superbly. It’s a fascinating place to visit and I am sure I will return once redevelopment is complete.

Shakespeare’s Globe are planning a huge undertaking – to take a production of Hamlet to every country in the world between now and 2016. ‘World Hamlet‘, as it is known, officially kicked off at the Globe this week, opening the new season on Shakespeare’s birthday, April 23rd. However, a few preview performances took place over the Easter weekend at Middle Temple Hall, and I attended one of these.

The Hall dates back to the sixteenth century and it is a wonderful place to experience theatre. A highly appropriate place for Shakespeare, in any case, since he actually did have his plays performed here: a plaque marks the location of the first performance of Twelfth Night in 1602. The space itself is beautiful: rich and ornate. 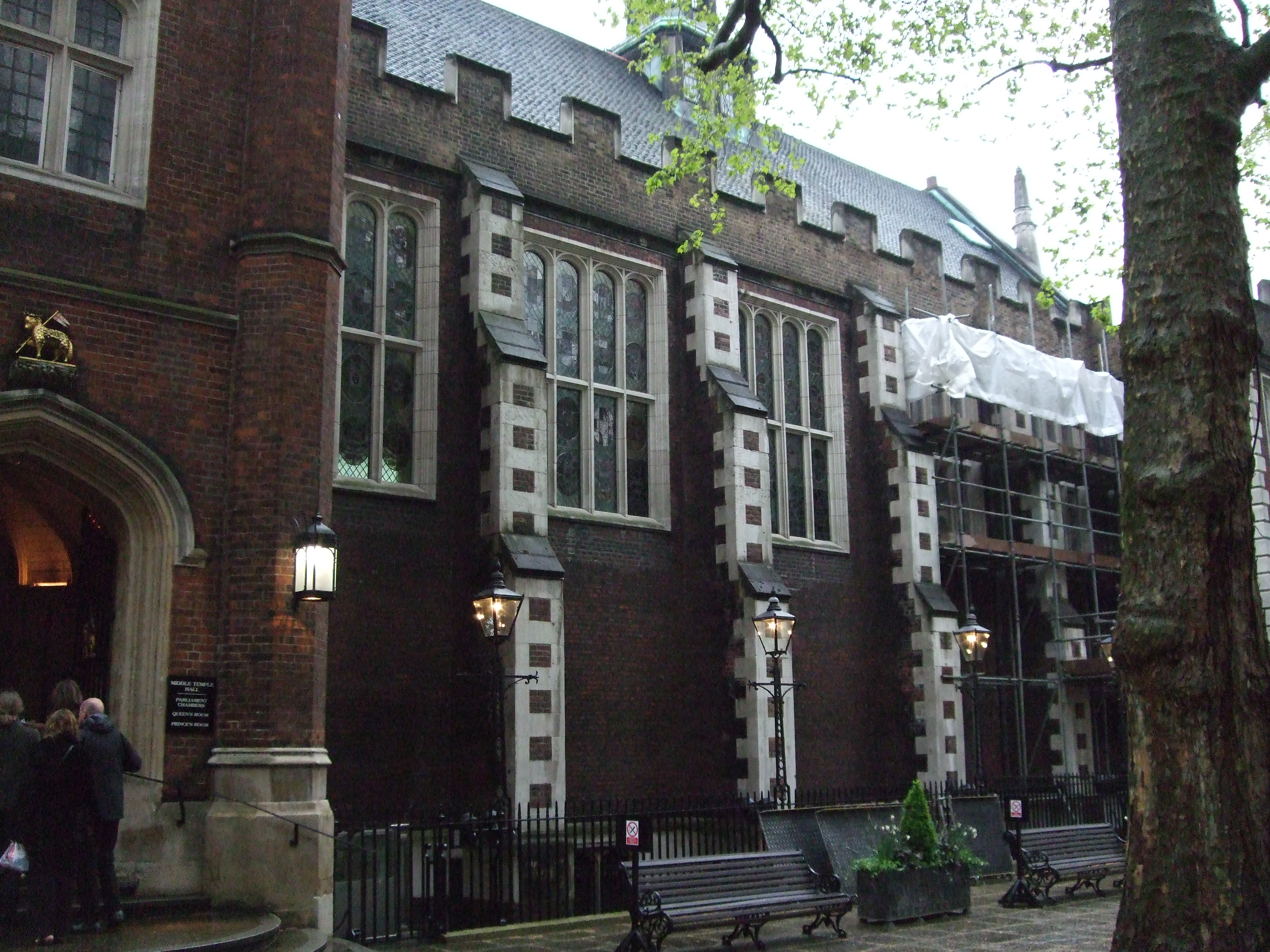 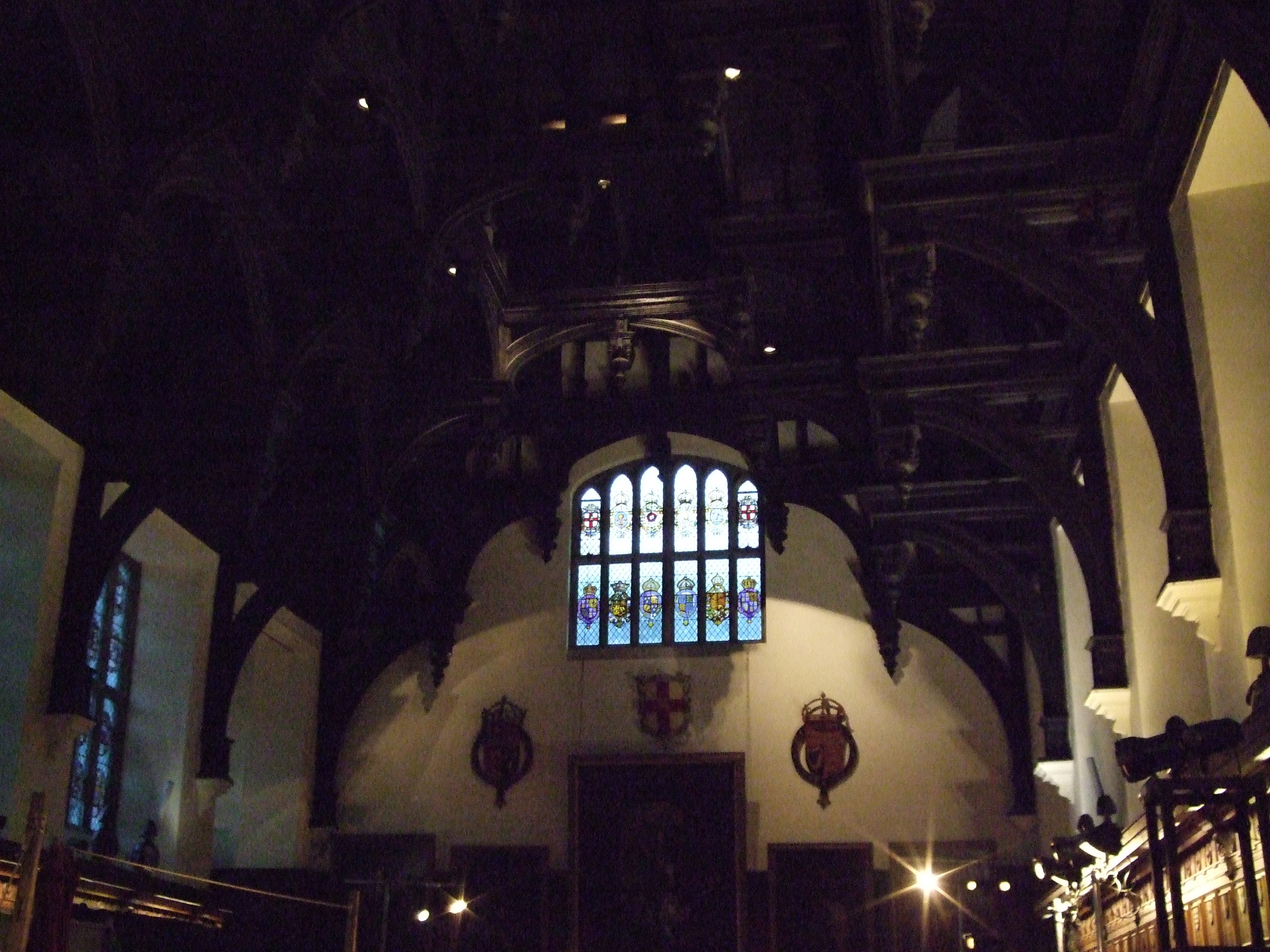 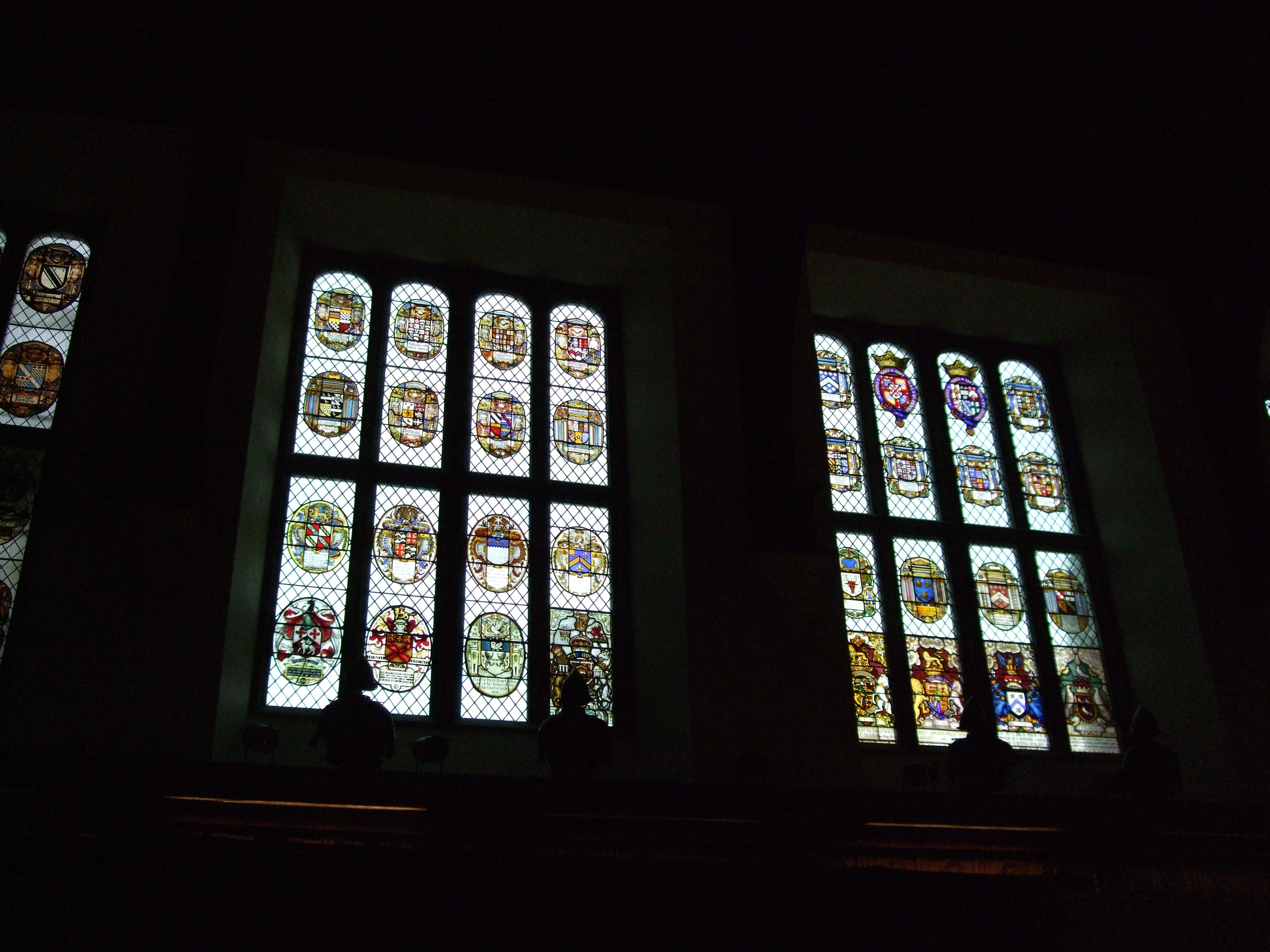 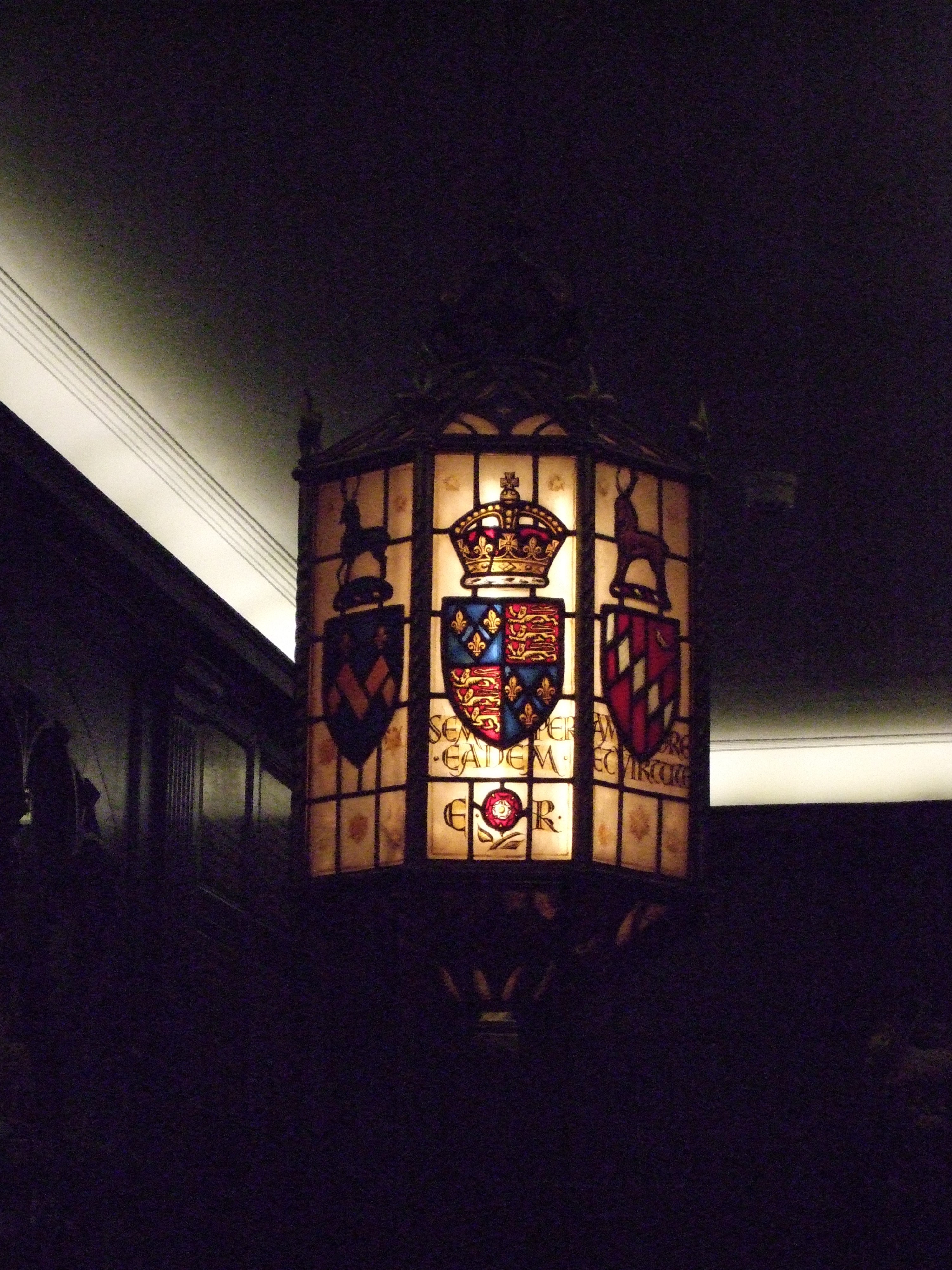 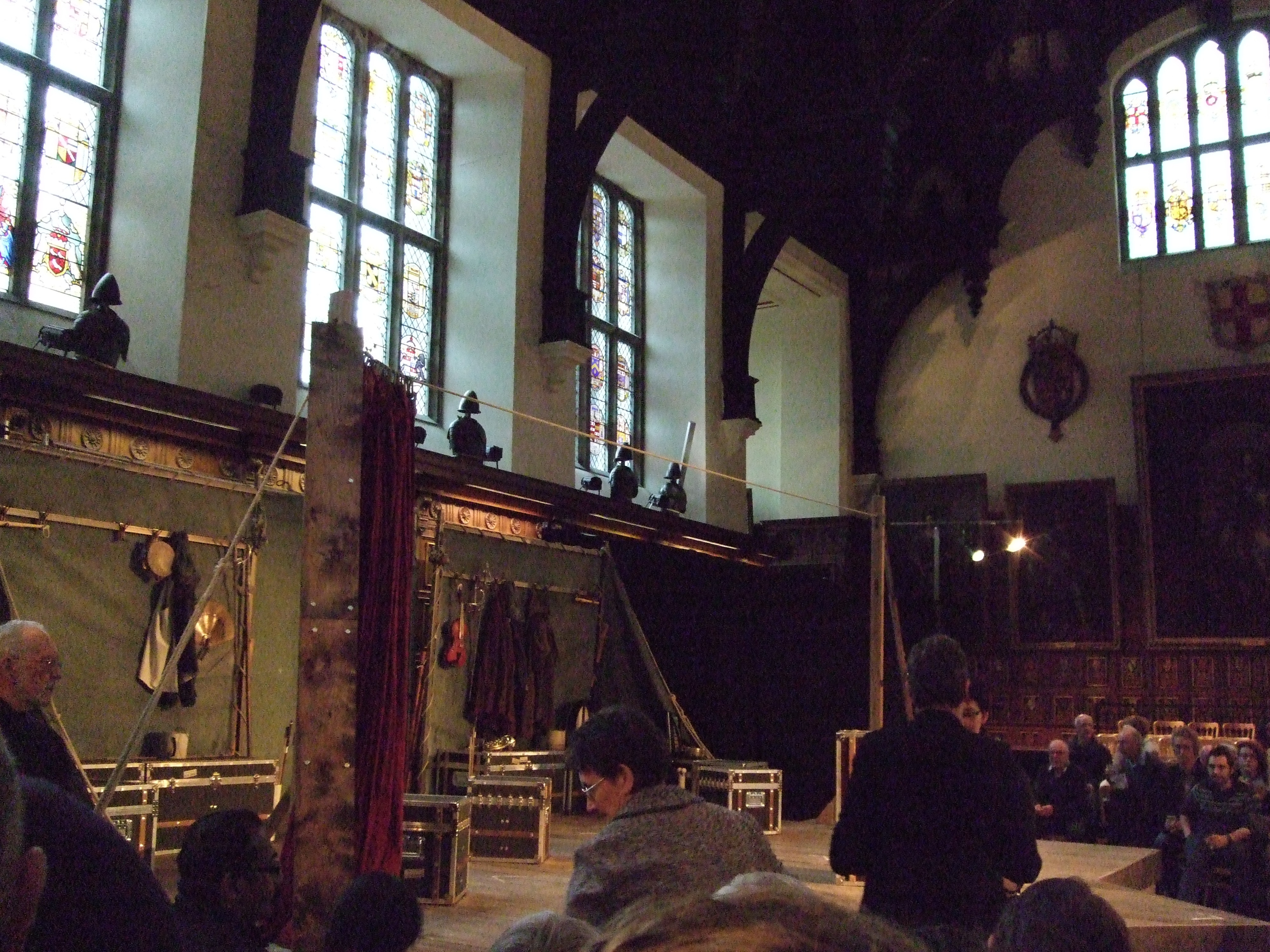 As a fan of the artist J.M.W. Turner, I went to visit the exhibition of his work at the National Maritime Museum, Turner and the Sea. I didn’t get time to look around the museum itself as I had to get back into central London, but I did manage to get a good look at the exhibition.

Turner is well known for his paintings of the sea and this exhibition beautifully showcases his best works – including The Fighting Temeraire, recently voted the nation’s greatest painting in a BBC poll – as well as some lesser-known works and sketches. There are also a number of works by other artists who inspired or were inspired by Turner.

William Kent: Designing Georgian Britain was another exhibition at the V&A which I attended on Saturday. The Georgians are in vogue at the moment, possibly because 2014 marks the 300th anniversary of Georgian rule in Britain.

William Kent was the most prominent architect and designer in early Georgian Britain. He was responsible for, for example, Chiswick House in London and Holkham Hall in Norfolk. The exhibition was an interesting look at the range and style of his work and is well worth a visit.

One of the V&A‘s latest exhibitions is The Glamour of Italian Fashion 1945-2014. It is a look at the history of Italian fashion from the end of the Second World War to the present day. Over time Italian fashion has increased in popularity; the country already had a strong heritage of making clothes and leather goods, and individuals and organisations were able to capitalise on this, with help from postwar funds from the USA, to establish and enhance the growth of the fashion industry.

My favourite part was the stunning array of gorgeous ball dresses at the beginning, but I found it interesting to learn how fashions evolved and how dressmaking techniques were managed.

After the Jean Paul Gaultier exhibition at the Barbican I had a little time to spare and decided to pop in to Momentum. This exhibition is taking place in the Curve until 1 June and consists of “a carefully choreographed sequence of light, sound and movement, which responds to the unique space of the Curve.”

The environment was created after a lot of research and uses sophisticated technology. I can’t say that I was amazed by it, but I enjoyed the atmosphere, and the lights were rather hypnotic.

The Barbican‘s latest exhibition, The Fashion World of Jean Paul Gaultier, opened recently and I went along for a visit. I only knew of Gaultier from his famous corsets, but there is so much more to his work, which I loved. There were some amazing outfits on display, and what impressed me was that most of them were wearable – a bit dramatic and OTT, maybe, but you could wear them on a night out without worrying about whether you can actually move or see.

The exhibition started off quite gently with a display of Gallic-themed striped clothes and a selection of stunning dresses from one of Gaultier’s ranges, and moved on to look at the influence of British as well as Parisian culture and the rise of the punk movement. His corsets were looked at in detail as were several of the celebrities, including Madonna, Kylie and Lily Cole, who have worn his clothes.

I liked how Gaultier has played with traditional concepts of femininity and masculinity throughout his career, putting men in skirts and women in men’s tailored suits. His outfits do work really well; it’s hard to tell with mannequins but they seem like they would really flatter whoever was wearing them.

The mannequins rather freaked me out: their faces move and some of them talk! I found them rather creepy to be quite honest.

The exhibition runs until 25 August and if you have even the slightest interest in clothes or fashion then do go.

I left Somerset on the train back to London, travelled from Paddington to Euston, and hopped on another train, this time to Northampton. I was staying with my friend Elizabeth for the weekend, and she met me at the station.

The title of the above post is slightly misleading as we spent very little time in Northampton at all, at least on the Saturday. During the day we visited Coventry, which is a short distance on the train. I last visited Coventry in 2003 to stay with my cousin who was studying at the University. I didn’t get a chance to look around the cathedral then, but I made up for it this time.

Coventry Cathedral was heavily bombed during the Second World War and only the shell remains. However it has been turned into a lovely place to remember and reflect on the consequences of war, and it stands for the importance of peace. The new cathedral is very modern, but also beautiful in its own right. It stands alongside, and is connected to, the old cathedral and the two fit surprisingly well together.

We then visited the Herbert Art Gallery & Museum, which had an interesting exhibition about the history of Coventry, a fascinating art exhibition, and a lovely café.

In the evening we went to see Justin Timberlake at the Birmingham LG Arena. This concert was the main reason for my trip. We both have fond memories of his tunes at University and always said we’d like to see him in concert. I normally go for standing tickets but for this gig they were £100 (!!) and I would never pay that much, so we chose the cheap seats at the back. However, the venue was small enough for us to still have a great view. I wouldn’t have gone for the cheap seats at the O2 in London; you are so far back you might as well not bother.

Justin didn’t disappoint, playing all his classic hits rather than focusing solely on his recent album. I was surprised at how genuinely talented he is – I thought I would just have a bit of a dance to the songs I knew but I was unprepared for how good his voice was, how awesome his dancing was and how well he played instruments, including the guitar and the piano. He commanded the stage and completely charmed the audience.

The next day we stayed in Northampton. Elizabeth took me to a local Sikh temple, as one of her friends had invited her. I admit I knew next to nothing about the Sikh religion but everyone was very welcoming. Later we visited the museum where she works: there was an exhibition of art inspired by John Clare’s work, and another on underwear through the ages, with a beautiful selection of corsets!

I caught the train back to London, sorry that my long weekend was over, but looking forward to the Easter break.

I had some time off in the middle of April and ended up having a whistle-stop tour of the country (or at least, of Somerset and Northamptonshire). First, I travelled to Somerset to visit my parents, and their friends who recently moved to the area. I hadn’t seen my parents for ages so it was really nice to spend a couple of days with them. I stayed with their friends who have a lovely cottage with original fireplaces and actual flagstones!

We spent a day looking around Glastonbury, which is as hippy as you might expect, with interesting shops and some unusual sights. In one of the more ordinary shops, we witnessed the following exchange:

I thought I’d misheard, but apparently not! The shop assistants just said, well this is Glastonbury, nothing surprises us.

I was sad not to get a chance to visit Glastonbury Abbey – I will have to make a return visit.

The following day we visited Wells. As it has a cathedral, it is technically a city, but it is tiny. Beautiful, though. We had a look around some of the shops but sadly didn’t visit the cathedral.

I enjoyed my flying visit to Somerset: it tends to be a place people pass through on the way to get to Devon or Cornwall but it is worth visiting in its own right. I definitely want to come back.