On Saturday I visited Woking. Partly this was to go to the theatre, but partly it was to visit the museum there, which is called the Lightbox. There was one particular exhibition I really wanted to see, about vintage beauty, and as the whole museum is free, I thought I wouldn’t mind having a look at the rest of the exhibitions too.

I started on the ground floor, in the Art Fund Prize Gallery, which had an exhibition on The Art of Marcel Ronay. I’d never heard of this early to mid-20th century artist before, but I liked his work, which is dark and unsettling. I also took a look at the art in the Corridor Gallery, which had a display called Art from the Vyne: Our Museum Community Project.

On the first floor, the Main Gallery had an exciting exhibition called The Giant Electronic Art Show, which had exhibits that you could touch and mess about with. I largely left these for the kids, but I enjoyed looking at the 3D-printed items on display.

Woking’s Story had a display on the history of the town, with items on the local firm Kenwood, the nearby asylum, and the Necropolis Railway which used to transport coffins from central London to Brookwood Cemetery, near Woking. I made a mental note to pay a visit to this cemetery someday.

Finally, I went up to the second floor to see the exhibition I had really come to see. In the Upper Gallery, Glamour on the Go – Compacts: The Beautiful Story of Make-Up had an incredible display of compacts and other beauty accessories ranging across the twentieth century.

Later, while wandering around Woking, I came across a rather odd-looking sculpture – a Martian. H.G. Wells was living in Woking when he wrote The War of the Worlds, and in the novel it is in Woking that the Martians first land. In celebration of this, the sculpture by Michael Condron was unveiled in 1998. 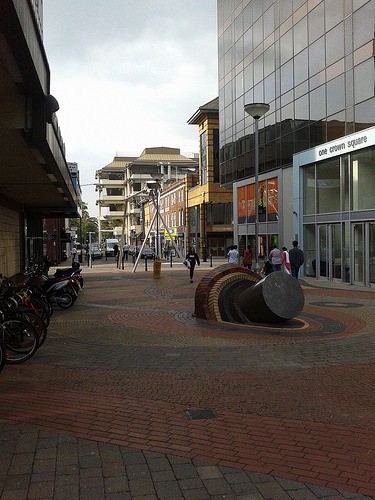 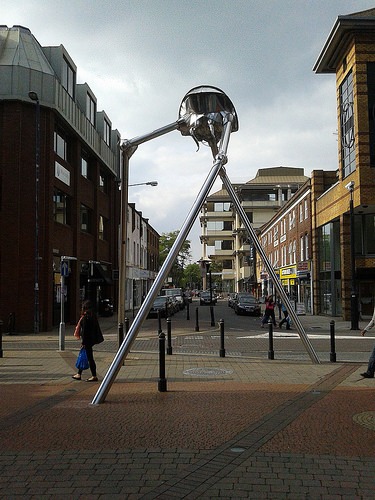 On our last full day in Glasgow we walked up to the Hunterian Museum and Art Gallery, which was a bit of a trek, but it was worth it. The museum was founded in 1807 and contains the bequest of Dr William Hunter, an eminent surgeon. It holds lots of fascinating exhibits including scientific equipment and cultural artefacts.

Across the road, the Art Gallery contains a large collection of Whistler paintings, as well as other, varied artworks. The current exhibition, Mackintosh Architecture: Context, Making and Meaning, looks at the artist’s work in the context of his employment by the office of John Honeyman & Keppie, showing how he had his own distinctive style but also worked collaboratively as part of the firm.

Also on the site is the Mackintosh House, the home of Charles Rennie Mackintosh and his wife, Margaret Macdonald Mackintosh, which was reassembled following the demolition of their home at 78 Southpark Avenue (formerly 6 Florentine Terrace).

After leaving the Hunterian, we caught the bus again and got off just before the end to visit the Tenement House. This was a fascinating look at a typical Glaswegian home, left almost as a time capsule as it was lived in by the same woman, Agnes Toward, for over half a century. She made very few changes during her time in the house, and it was fascinating to look around.

In the evening we went to Wagamama, followed by a trip to the Royal Conservatoire of Scotland to see some new plays (the review is here). There were two plays, 1914 Machine and Blind Eye, and they were both very different, but we enjoyed them.

The next day my mam and I headed to Central Station, had breakfast, and parted. I returned to London, though determined to come back to Glasgow at some point!

On Thursday we finally got around to getting on the tour bus. We were delighted to find that our bus was an old Routemaster, and we had an actual tour guide instead of a recorded commentary. The bus journey was great and it made us realise just how big Glasgow actually is, and how full of history. 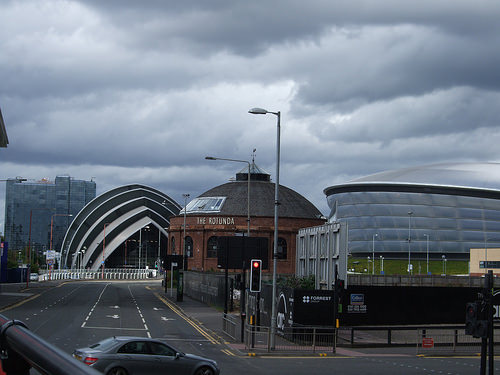 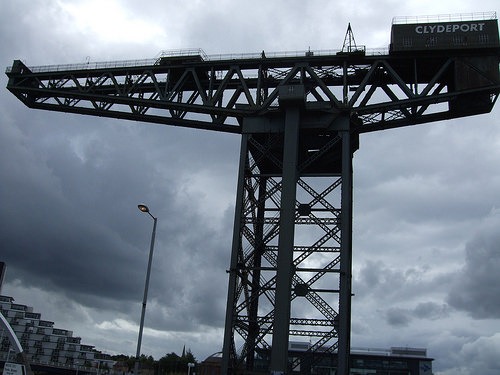 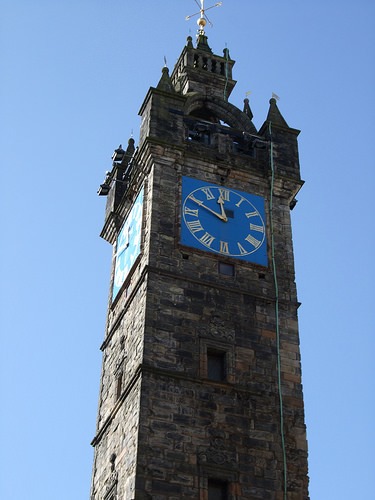 We got off the bus towards the end, at the Kelvingrove Art Gallery & Museum. This free museum opened in 1901 and is full of many fascinating things, including and related to stuffed animals, prehistory, clothes, the Scottish Colourists, Charles Rennie Mackintosh, the history of Scotland & Scottish identity and Ancient Egypt. There is also a Spitfire aeroplane hanging from the ceiling, and, famously, Salvador Dali’s seminal painting Christ of St John of the Cross. 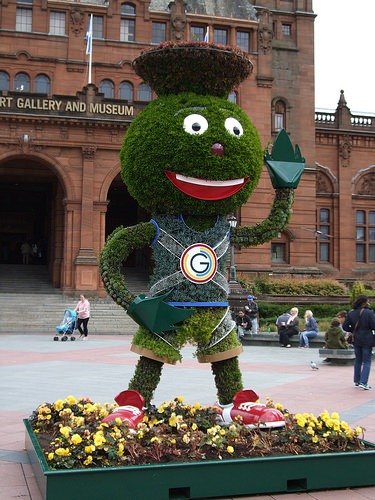 After looking around the Museum – which took the rest of the day – we had a drink in the Brewdog pub across the street before getting back onto the bus.

In the evening we had tea at Ask, with a couple of glasses of wine to go with it!

Today we went on a trip to Loch Lomond, taking a boat trip into the middle of the Loch and spending some time in Luss, a small village on its banks. My mam absolutely loved it, and it was certainly a stunningly beautiful place. Luss itself was small, but we enjoyed looking around the graveyard (yes, another one) belonging to the local church: it had graves dating from the 6th and 7th centuries, including Viking burials.

We were both exhausted once we got back in the evening, so we went for a pub meal with some wine before going back and going to bed!

Our original plan was to spend our first full day in Glasgow on the sightseeing bus. However, by the time we’d had breakfast and made it to the bus stop, there was a huge queue and we decided just to walk to the Cathedral, which was Stop 2 on the bus route anyway.

The first thing we did was to explore the Necropolis. Opened in 1833, this huge graveyard on the top of a hill overlooking the city was inspired by the Père Lachaise Cemetery in Paris, and was designed to provide a burial solution for the quickly growing population of Glasgow. It is reached via a “Bridge of Sighs” and it is stunning. My mam and I both loved it. 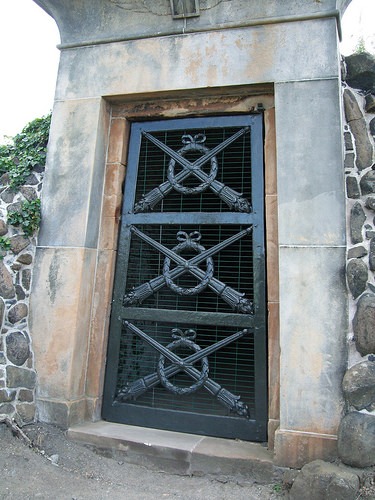 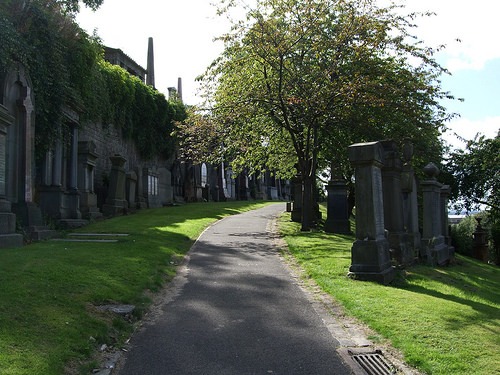 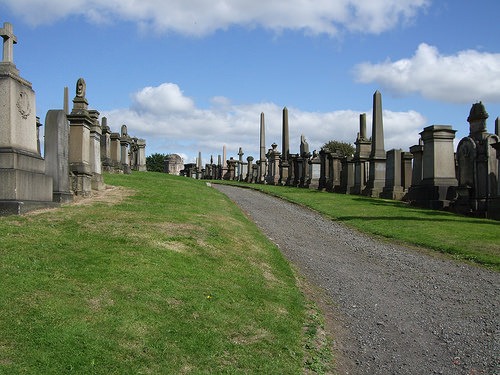 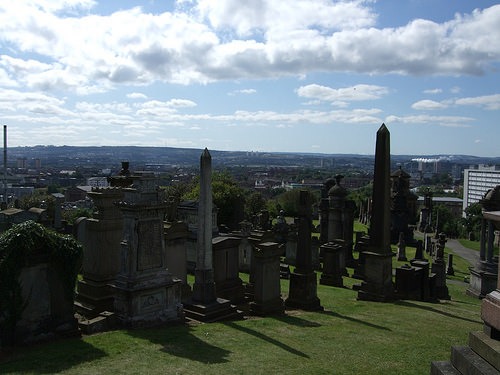 Afterwards we paused to take a look around the Cathedral, including the lower level where St Mungo is supposed to be buried. By this time we were completely exhausted so we stopped for a cup of tea at the St Mungo Museum next door.

On our way out Mam noticed an old-looking house called Provand’s Lordship across the road. We decided to go in, which proved a good decision. Entry to this house is free, and it is the oldest building in Glasgow, with a great deal of history.

We walked back into town and went to Buchanan Street to visit the Willow Tea Rooms. These are a reconstruction of the original Willow Tea Rooms designed by Charles Rennie Mackintosh. They consist of the White Tea Room and the Chinese, or Blue, Room, where we were seated. Our tea was yummy but we had to go for a lie down afterwards! 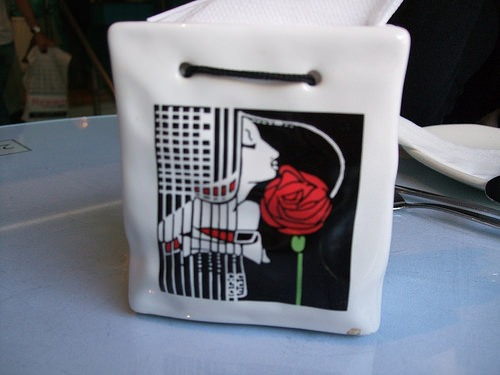 In the evening we visited Glasgow’s Theatre Royal to see a play called April in Paris. We both enjoyed it – I wrote a review here. Afterwards we went for a drink before heading back to the hotel.

I enjoyed my trip to Inverness last year so much that I decided to go back to Scotland this year. This time, however, I decided to go to Glasgow, as I’d never really explored the western part of Scotland. My mam came too, and we decided to travel up separately – me from London, she from Newcastle – and meet at the Travelodge.

I had a ridiculously early train from King’s Cross, and I had to change at Edinburgh, but my journey was mostly uneventful. At Glasgow, I got a bit lost on the way to the Travelodge, but I managed to find it eventually.

After we’d unpacked, we went for a walk around Glasgow to try and get our bearings. It reminded me a bit of Newcastle, with streets laid out in an orderly fashion. We had tea in Wetherspoon’s and then went for a drink. We didn’t stay out long, though, as we wanted to get a good night’s sleep the better to enjoy the following day!