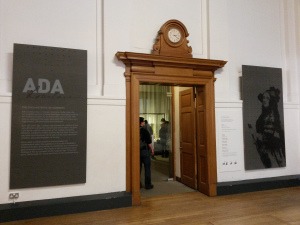 Ada Lovelace is having a bit of a moment right now. The daughter of Romantic poet Lord Byron, she was brought up by her mother Annabella Milbanke to focus firmly on science and mathematics. However, it would be a combination of mathematical ability and the ability to make profound imaginative leaps that would ensure her place in scientific history. 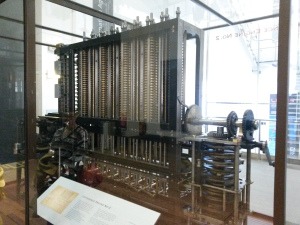 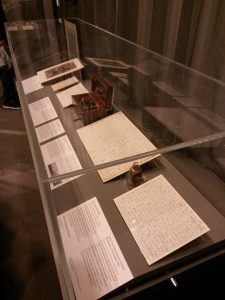 This small free exhibition at the Science Museum marks the bicentenary of Lovelace’s birth. It contains portraits, letters and notes as well as some of the calculating machines that she worked with. The exhibition demonstrates how her collaboration with Charles Babbage (who called her “The Enchantress of Numbers”), creator of the Difference Engine and Analytical Engine, led her to explore the potential of these machines, suggesting that in the future they would be able to manipulate symbols, not just numbers. Her work, which anticipated modern computing a century before Alan Turing’s work at Bletchley Park, has led her to be labelled the first computer programmer. 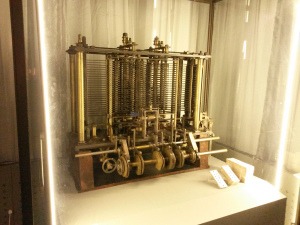 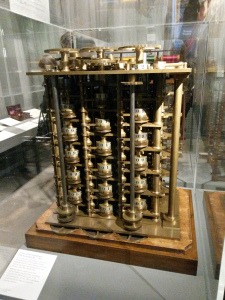 I admit that the science of these machines goes right over my head, but I am definitely an admirer of Lovelace and her incredible achievements, particularly in an age when women were hardly ever able to study scientific subjects. She definitely deserves to be better known, and hopefully this exhibition will go some way to ensuring this. 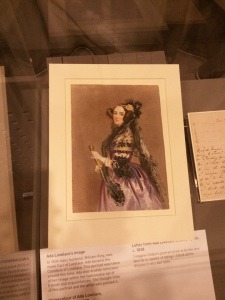