So, the day after my friend’s wedding was my birthday. I’d expected to be a little the worse for wear, but for some reason I wasn’t too bad. Still, I went out for brunch with a couple of friends and the Bloody Marys were particularly welcome (as well as being extremely spicy). 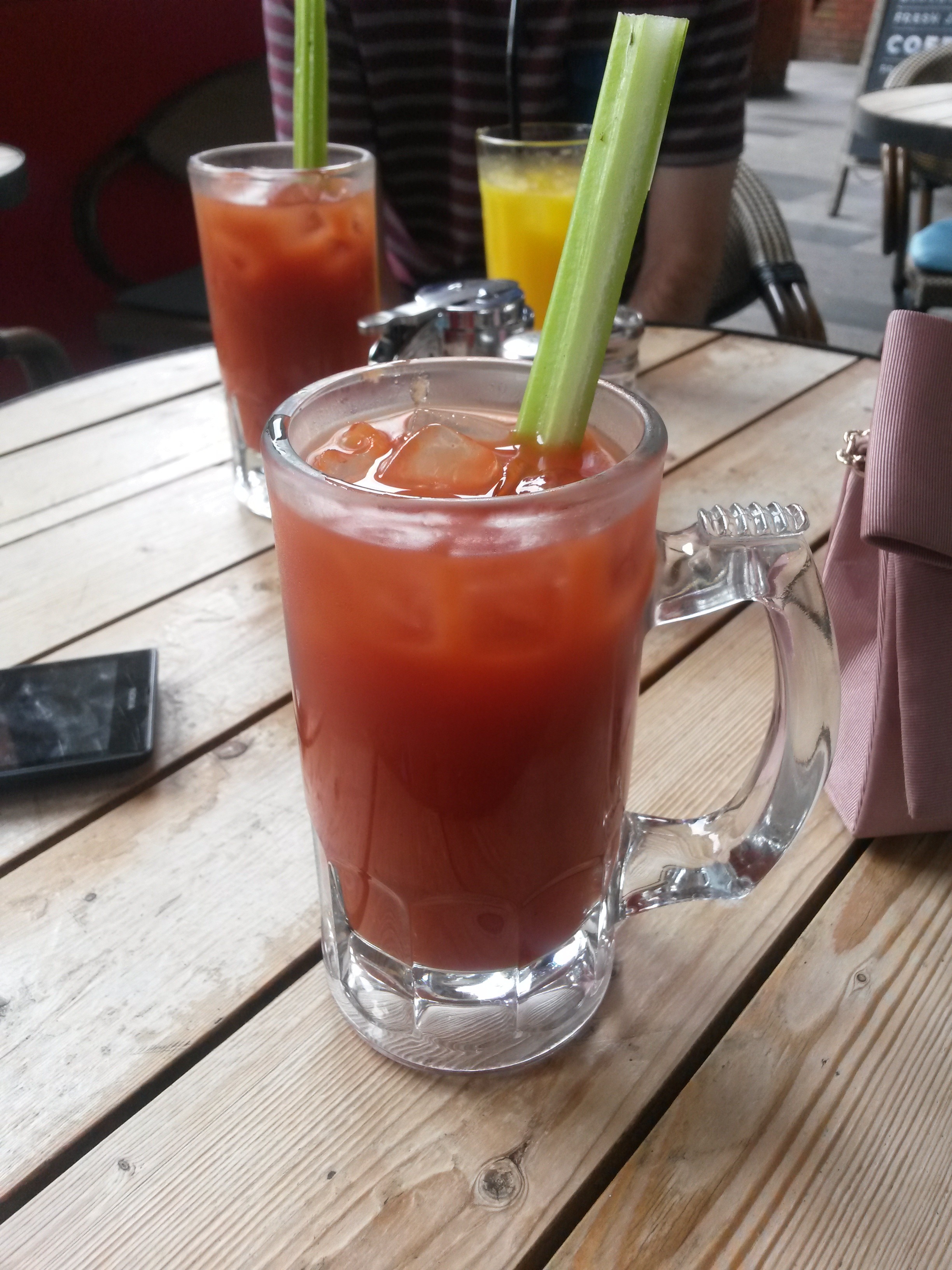 Most of the day was spent in the pub, but I did make a detour to West Brompton Cemetery. I’ve visited West Brompton before, but today was their annual Open Day, with the chance to tour the catacombs. I didn’t want to pass up this chance, so joined the last tour of the day. 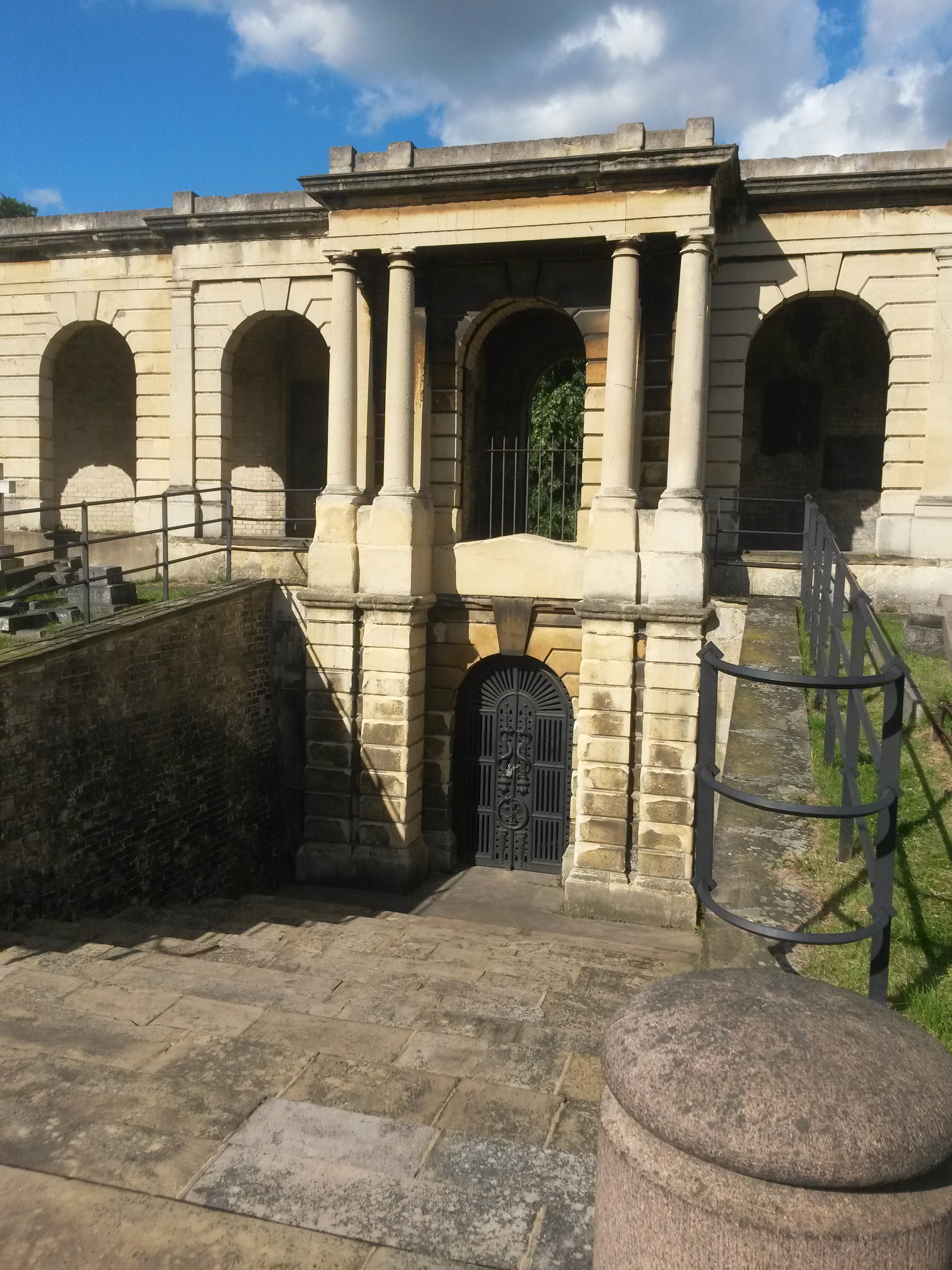 The catacombs were dark and cool, in many ways not much different from other catacombs I’ve visited. Some of the spaces had plaques placed in front of them, but in most of them the coffins were still visible, albeit in varying stages of decay. We saw one “fish-tail” coffin, where the base of the coffin splays out instead of narrowing, and different kinds of ornate embellishments. The most eerie thing was that the floral wreaths placed by mourners over one hundred years ago were still present: much decayed, but the moss and the basic structure were in place.

Then it was off to the South Bank for a massive pot of frozen yoghurt from the Snog bus. 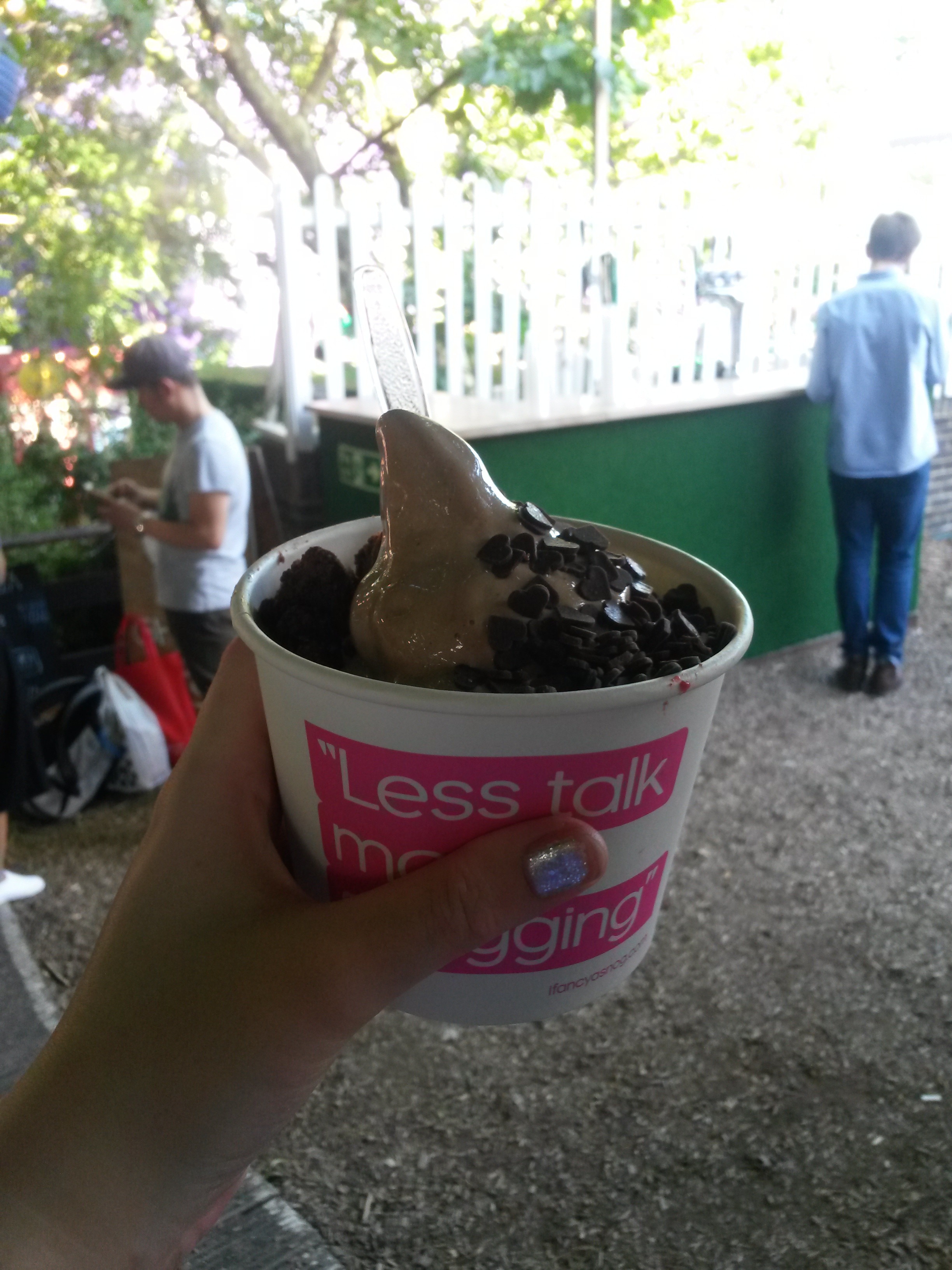 I’d arranged to meet a friend outside the Udderbelly and we were planning to see Knightmare Live. If you didn’t see Knightmare as a child, you seriously missed out. It was an amazing game show in which a bunch of kids directed one of their friends, wearing a giant helmet that covered their eyes, around a fantasy world. The graphics look terrible today, but it still has a unique charm. Lots of episodes are available on YouTube should you wish to inspect them. The best thing about the live show was that they actually brought on the original Dungeon Master, Treguard (Hugo Myatt). 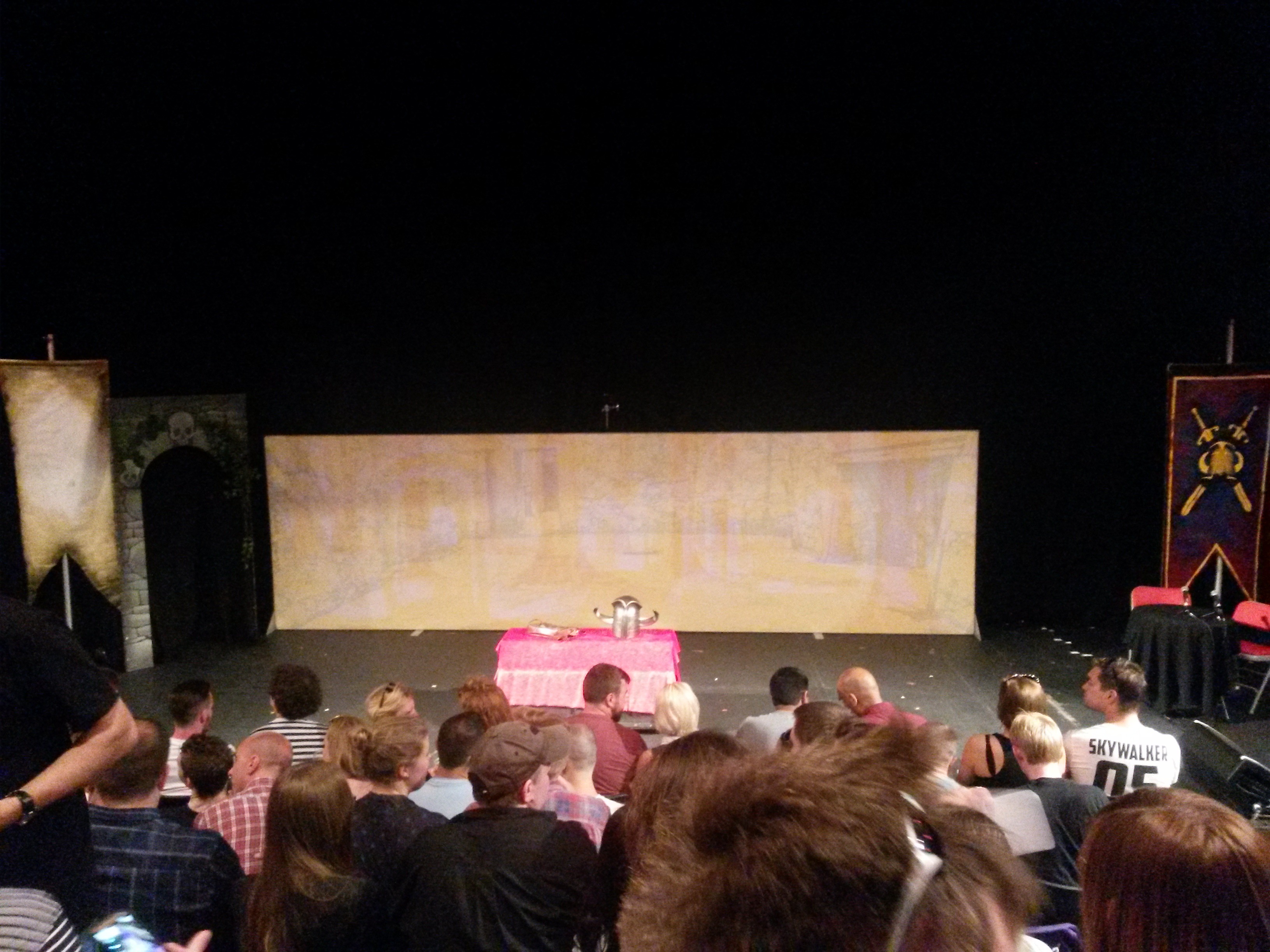 Finally we decided to go on a carousel outside the South Bank, because carousels are awesome. My horse was called Stephanie. I have decided that I should go on carousels more often – it was so much fun. 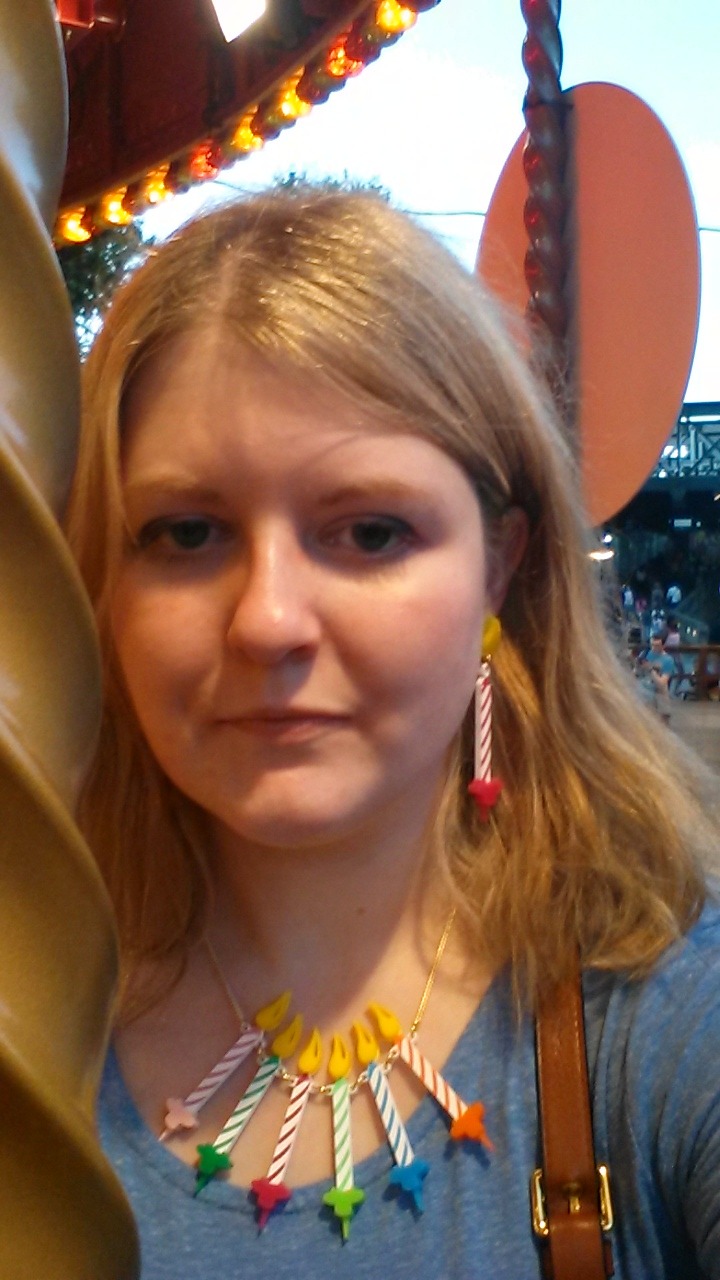 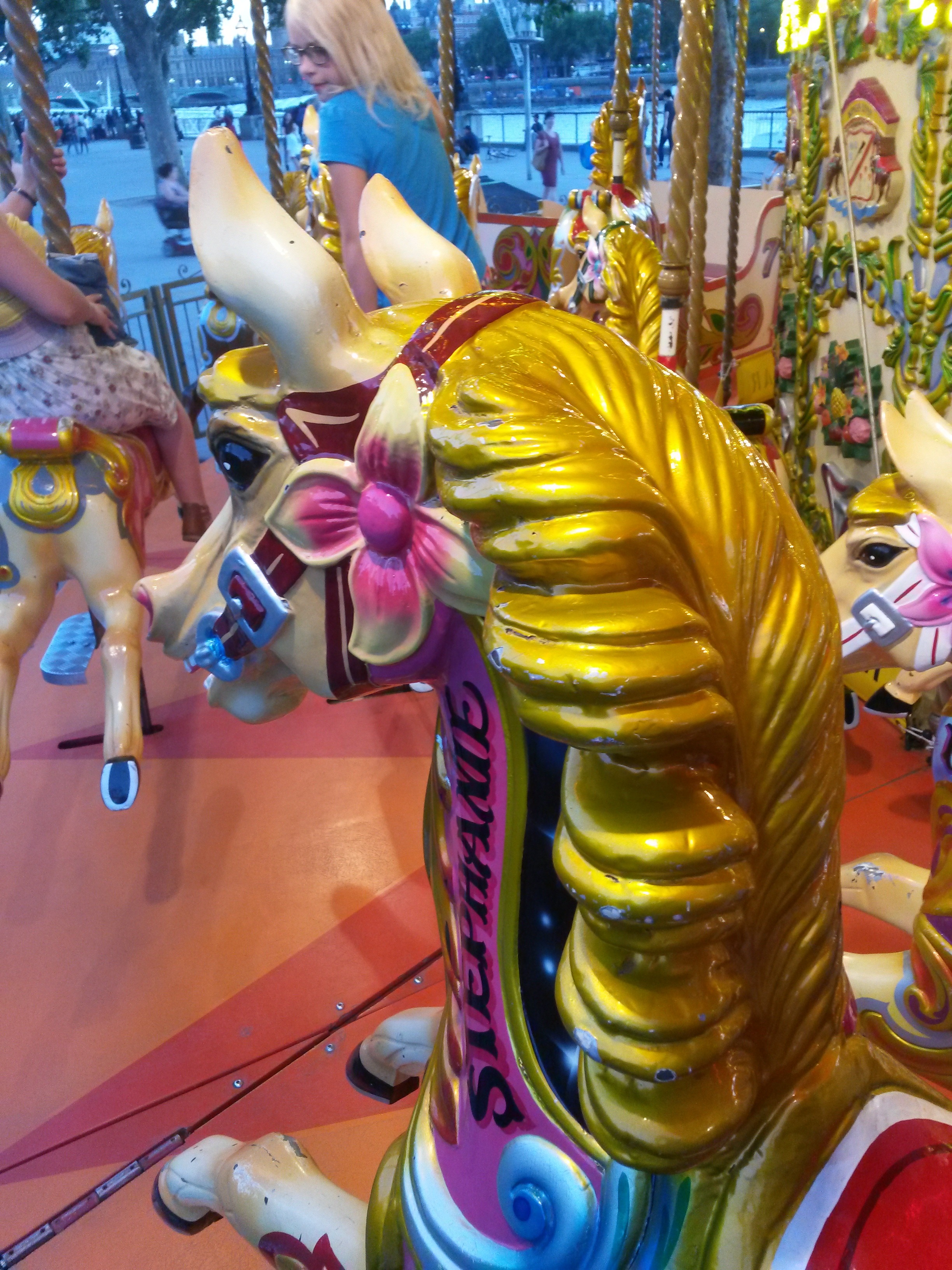 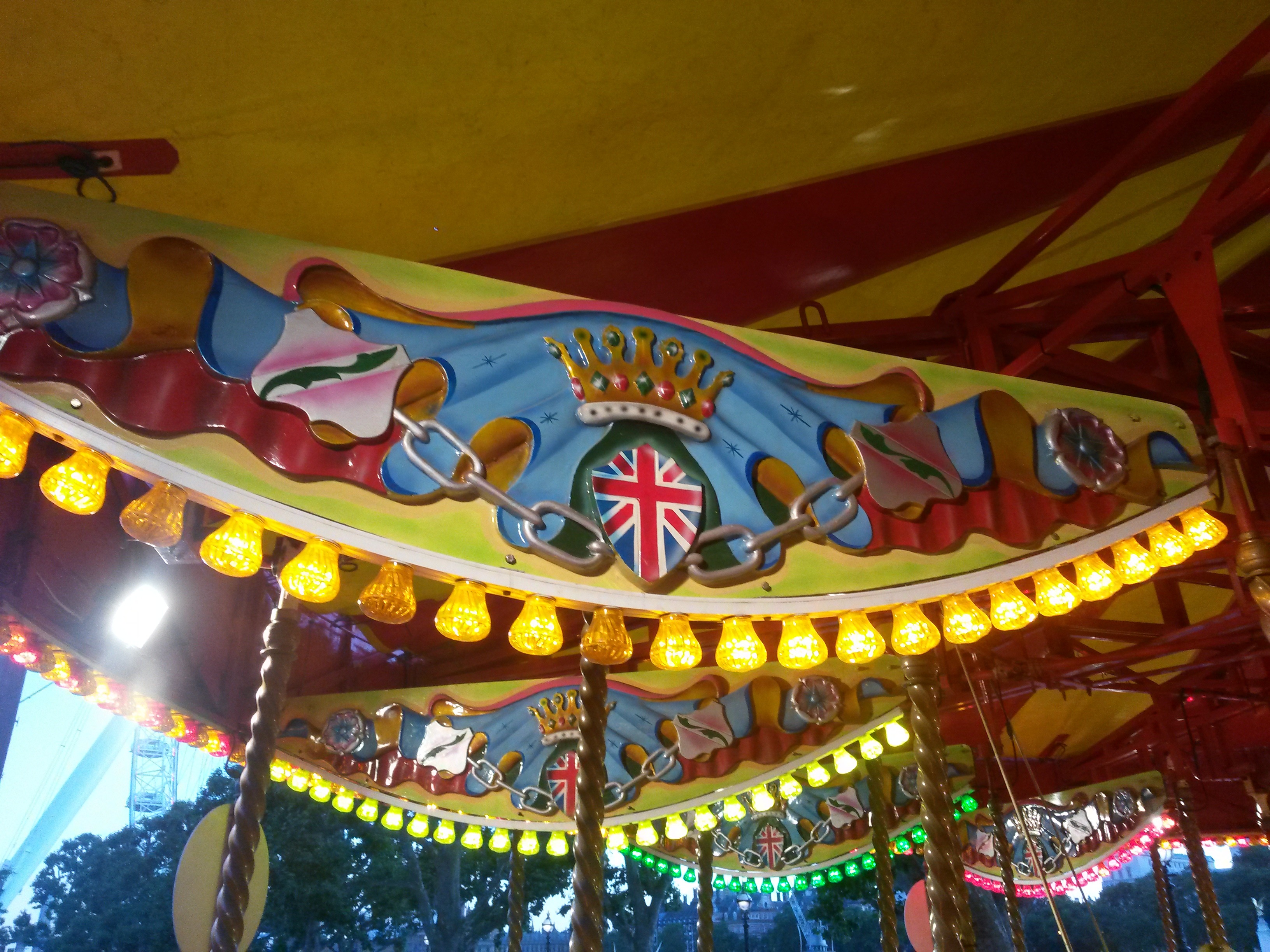