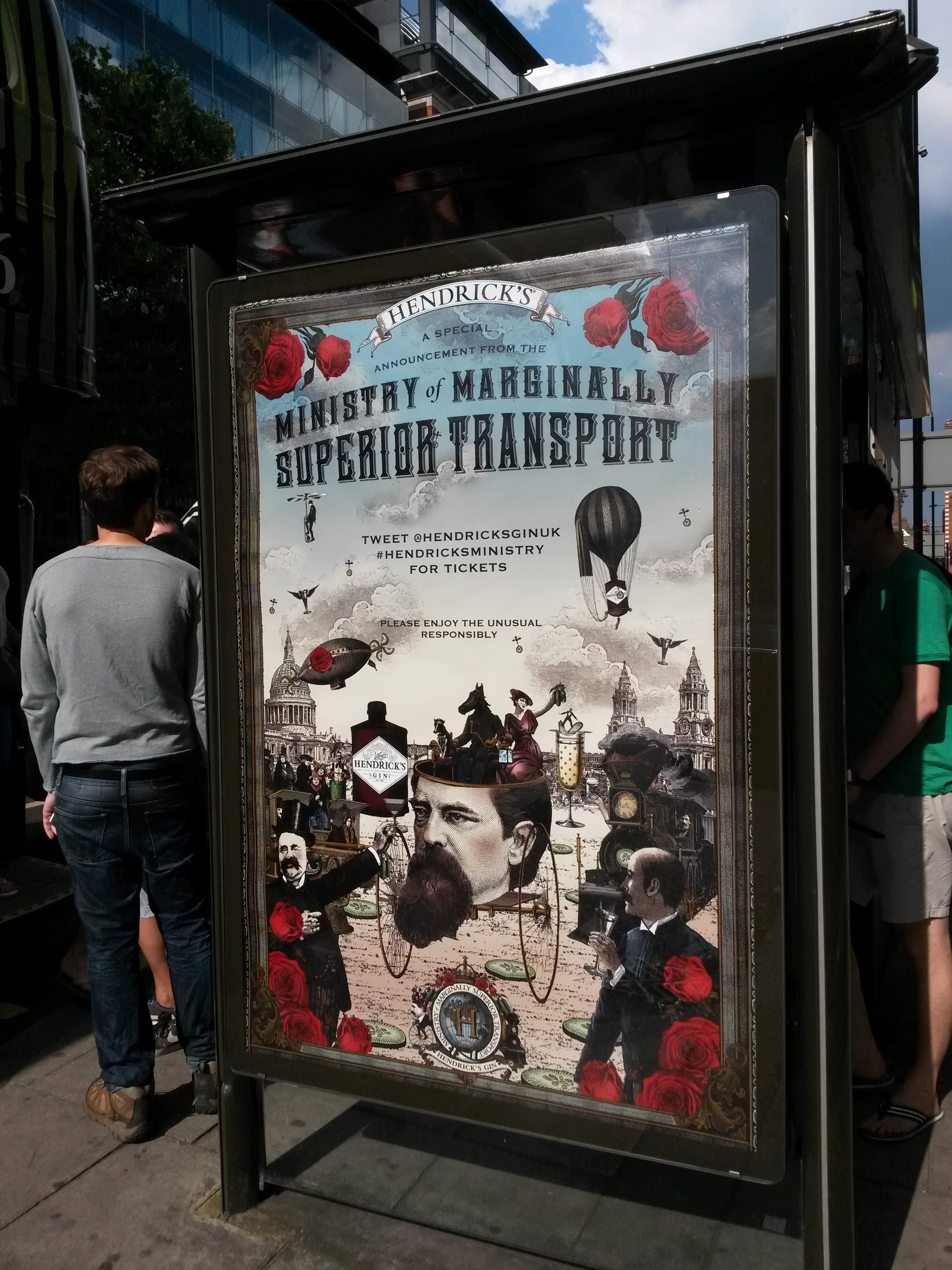 I’m rather fond of gin, and when I found out via Showfilmfirst about a special event involving gin, London, and a rather special bus I knew I had to go. The Hendrick’s Gin Ministry of Marginally Superior Transport was obviously designed as a way to promote the Hendrick’s brand, but to be honest as the tickets were only £2.50 this really didn’t bother me. 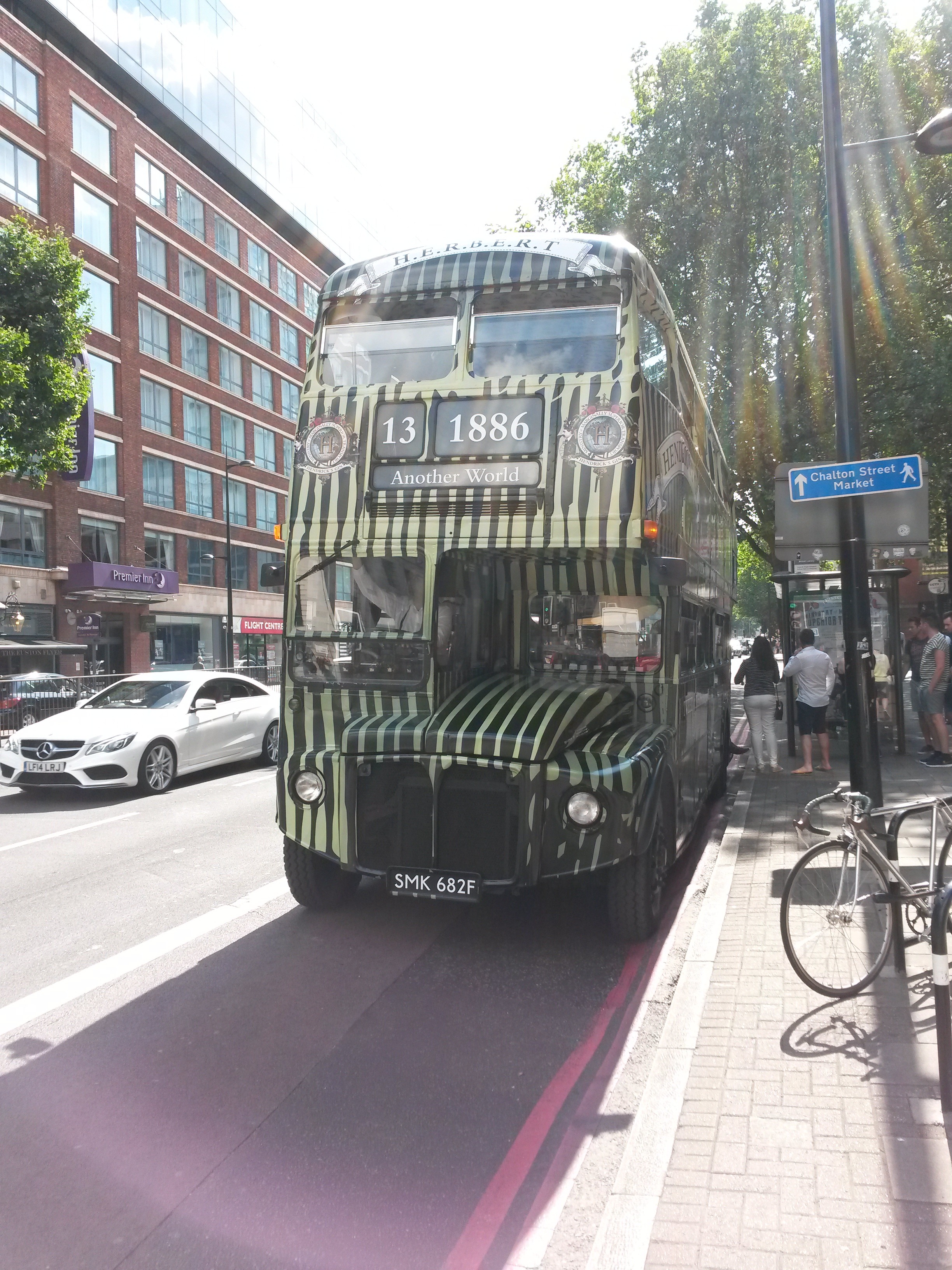 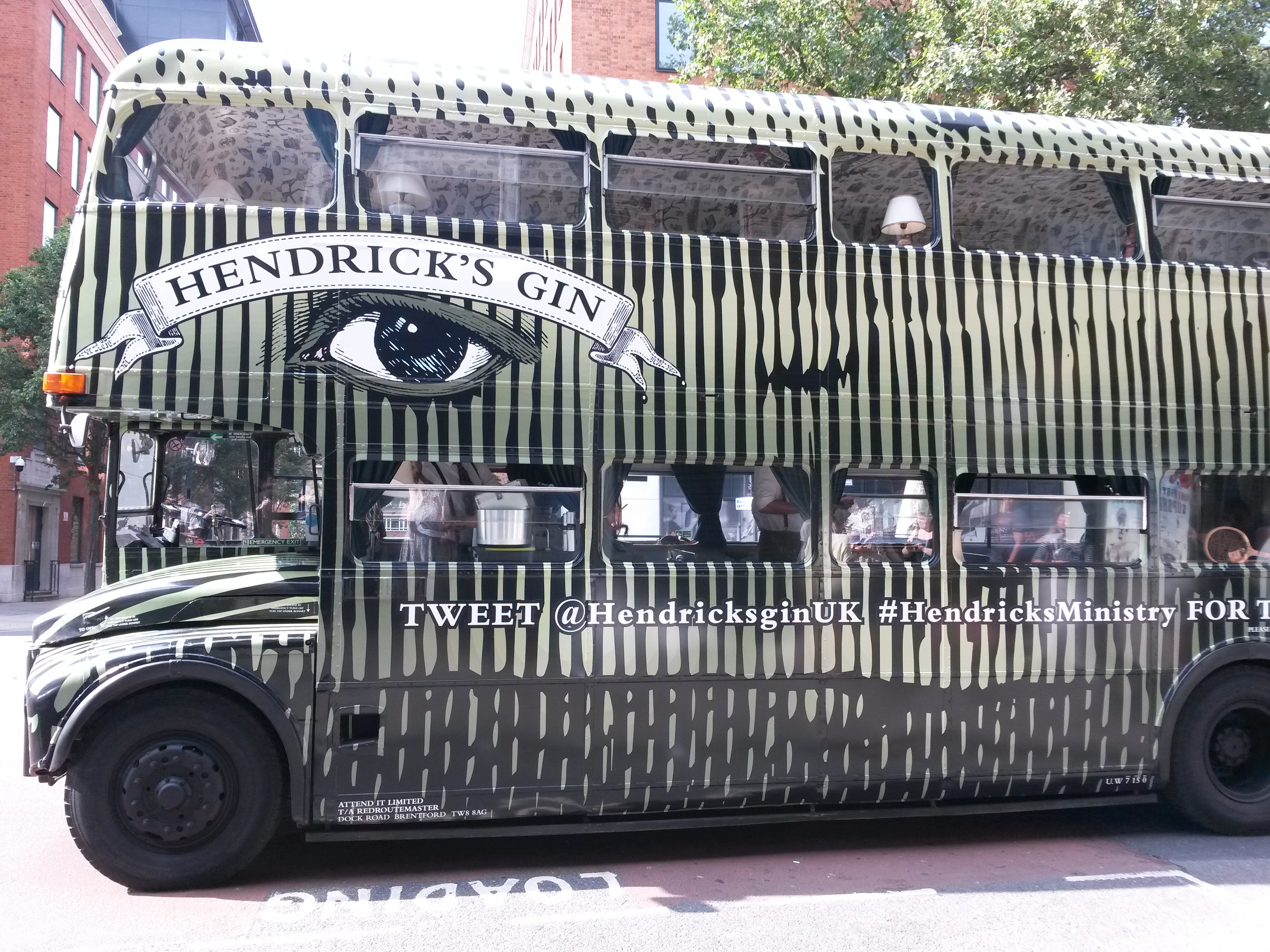 The event involved a bus journey around London in which we were served G&Ts and delicious gin cocktails with a bonus gin macaron. The bus was beautifully decorated with bizarre mock-Victorian wallpaper and we got a few freebies including a rather awesome fan, which I’m sure I’m going to make plenty of use of during the summer. 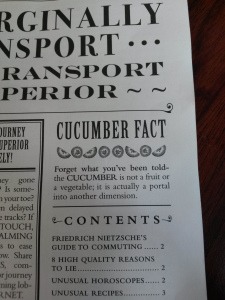 During the journey we were entertained by bearded bartenders and challenged to complete a number of tasks including writing a poem: I’m rather proud of my brief effort, considering I haven’t written a poem since school.

I had an identical twin,
Who had a grand passion for gin.
At the hint of a frolic,
She’d pour gin and tonic,
And begin her descent into sin. 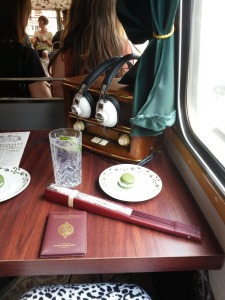 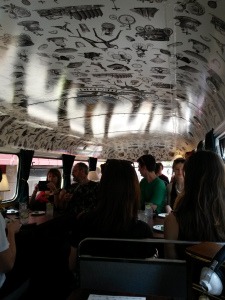 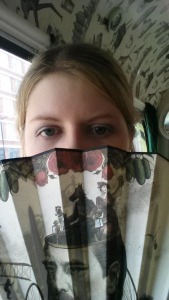 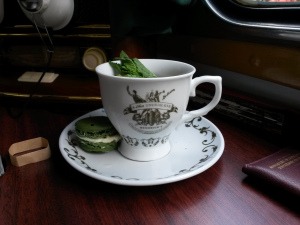