I had a couple of reasons for wanting to visit the Sōseki Museum in Clapham. One was that I am trying to visit every museum in London, including the little ones. The other was that I was genuinely interested in the subject: Natsume Sōseki was a Japanese author who spent two years living in London from 1902 to 1903, sent there to study by the Japanese government (apparently the worst two years of his life). I’ve read and enjoyed one of his novels, I Am A Cat.

The museum, run by Ikuo Tsunematsu, was filled with books, prints and artefacts relating to the writer’s life. Last year it was announced that due to increasing costs and dwindling visitor numbers, the museum would be closing in the spring of this year. I made my way to Clapham today and had some trouble trying to identify the house: according to the Internet, the location was 80 The Chase, but the blue plaque was on the house opposite. Googling to discover more, I found out that owing to the financial uncertainties resulting from the Brexit vote, the museum actually closed at the end of September last year, meaning that I had a wasted journey and I now have yet another reason to curse Brexit – as if I didn’t have enough already. Anyway, here’s the picture of the house, with only the plaque remaining to show that Sōseki lived here. 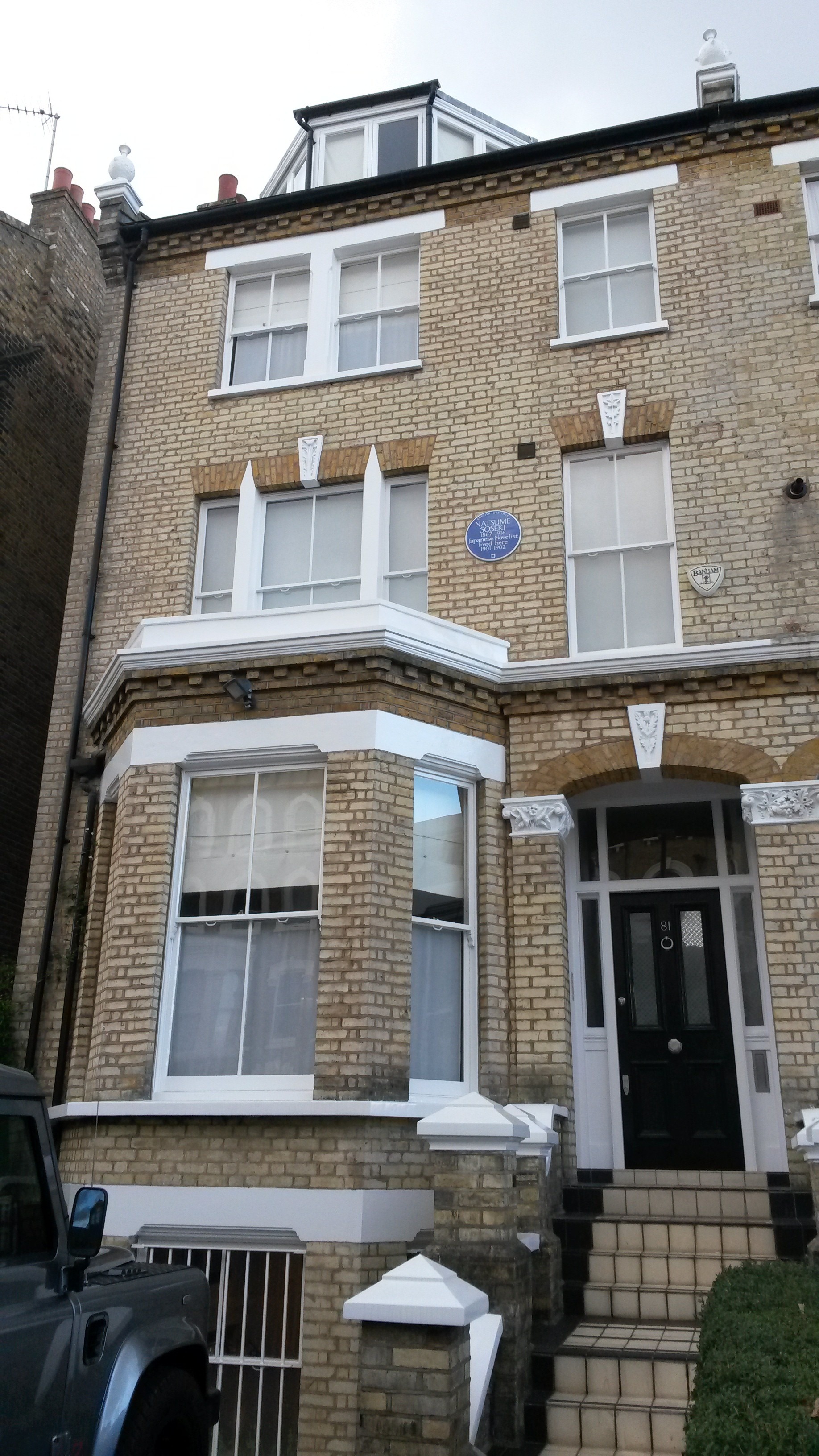