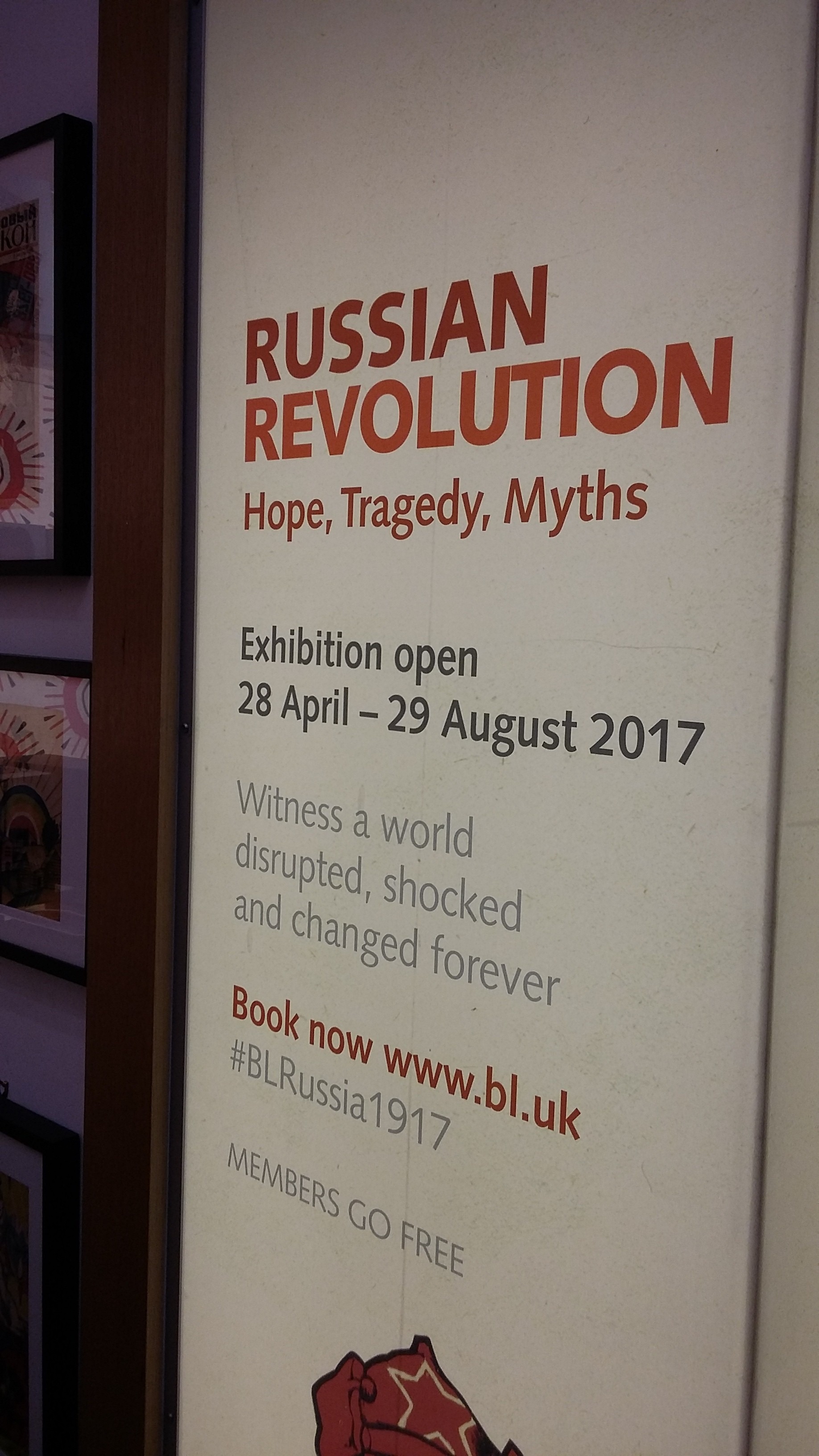 These days I always seem to go to exhibitions towards the end of their run, but I ended up seeing Russian Revolution: Hope, Tragedy, Myths at the British Library fairly early, owing to the fact that some friends wanted to go too. We booked for Saturday afternoon and were surprised to find the exhibition so quiet. Marking the centenary of the Russian Revolution, it uses documents, books, letters, photographs and film footage to explore how the revolution began and developed and the impact it made.

I’m vaguely familiar with what happened, as I am very interested in Russian history anyway, but the exhibition helped to clarify events for me, and I think I left with a greater understanding of what was going on. The exhibition followed a largely chronological path, which I personally found very helpful. It looked at the structure of Russian society at the time of the Tsars before examining how and why the revolution was sparked.

My favourite section was actually the final one, ‘Writing the Revolution’, as it looked at some books which are my favourites, including Boris Pasternak’s Dr Zhivago. I also enjoyed the look at film at the end, including clips from famous Soviet films.

The exhibition runs until 29 August and it’s definitely worth taking some time out to see it this summer.