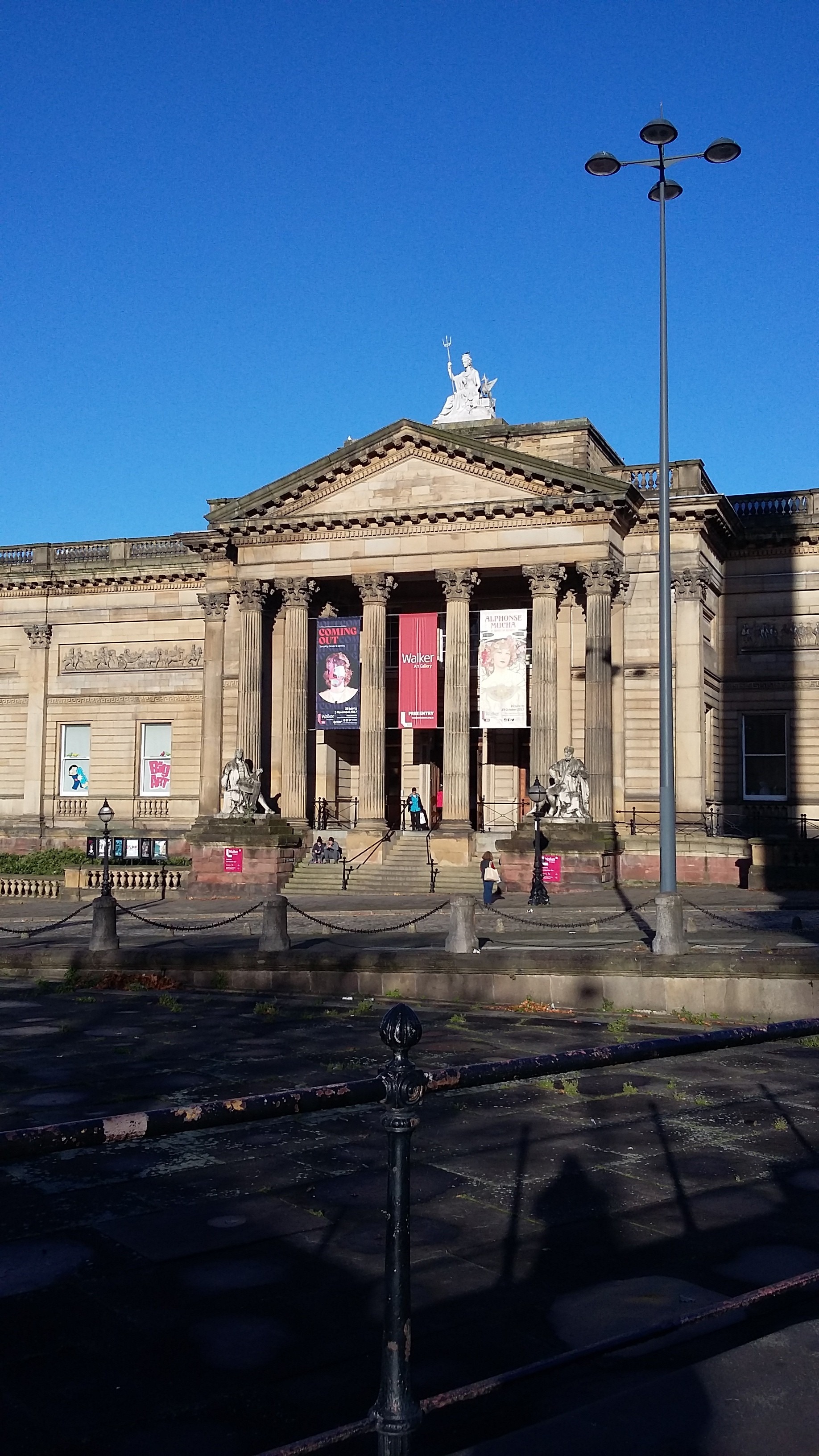 I know in London we’re spoilt for choice when it comes to exhibitions but I still get cross when one that I want to see doesn’t make it to the capital. A case in point is Alphonse Mucha: In Quest of Beauty, which stopped at Bournemouth, Norwich and Glasgow before finally ending up at the Walker Art Gallery in Liverpool. Mucha is my favourite artist, so there was no question of me missing out. To Liverpool I would have to go.

One coach trip later, and I was at the gallery in time for its opening at ten.

The exhibition explored how “Mucha’s idea of beauty influenced his work. Mucha believed that beauty was the essence of art and was achieved by striking a balance between the internal, spiritual world and the external, material world. This principle informed his entire oeuvre, from his Art Nouveau posters and commercial works to his later works on the history of the Czech and Slavonic people.” [Mucha Foundation]

The exhibition contained posters, sketches and artefacts relating to Mucha and his career, which came to define Art Nouveau and the fin de siècle. It began with some examples of posters he designed for the actress Sarah Bernhardt (their friendship and artistic partnership lasted many years), including the earliest, Gismonda, followed by Hamlet and La Dame Aux Camélias (one of my earliest memories of Mucha’s work is a mirror with this poster on top displayed on the landing in my childhood home).

Examples of Mucha’s advertising posters follow: some of the earliest examples of the use of art in advertising. Most of the posters include familiar Mucha tropes: the stylised women, the long flowing hair, the ‘halo’ and the use of motifs from nature. Later Mucha created designs without a particular advertising focus: the seasons, the muses, the flowers. He also began to work on his Slav Epic, a work dedicated to his homeland which was seeking independence (and gained it in 1918).

It was incredible being able to see some of these original posters on display, especially bearing in mind that they were not designed to last: they were temporary adverts only, but their impact has endured. I was also fascinated by the photographs of Mucha in his studio, surrounded by his work.

This is a fairly small exhibition, and perhaps not worth travelling from London and back in a day unless you’re a really big fan. I absolutely love Mucha, though, and for me it was totally worth it to see these beautiful designs.