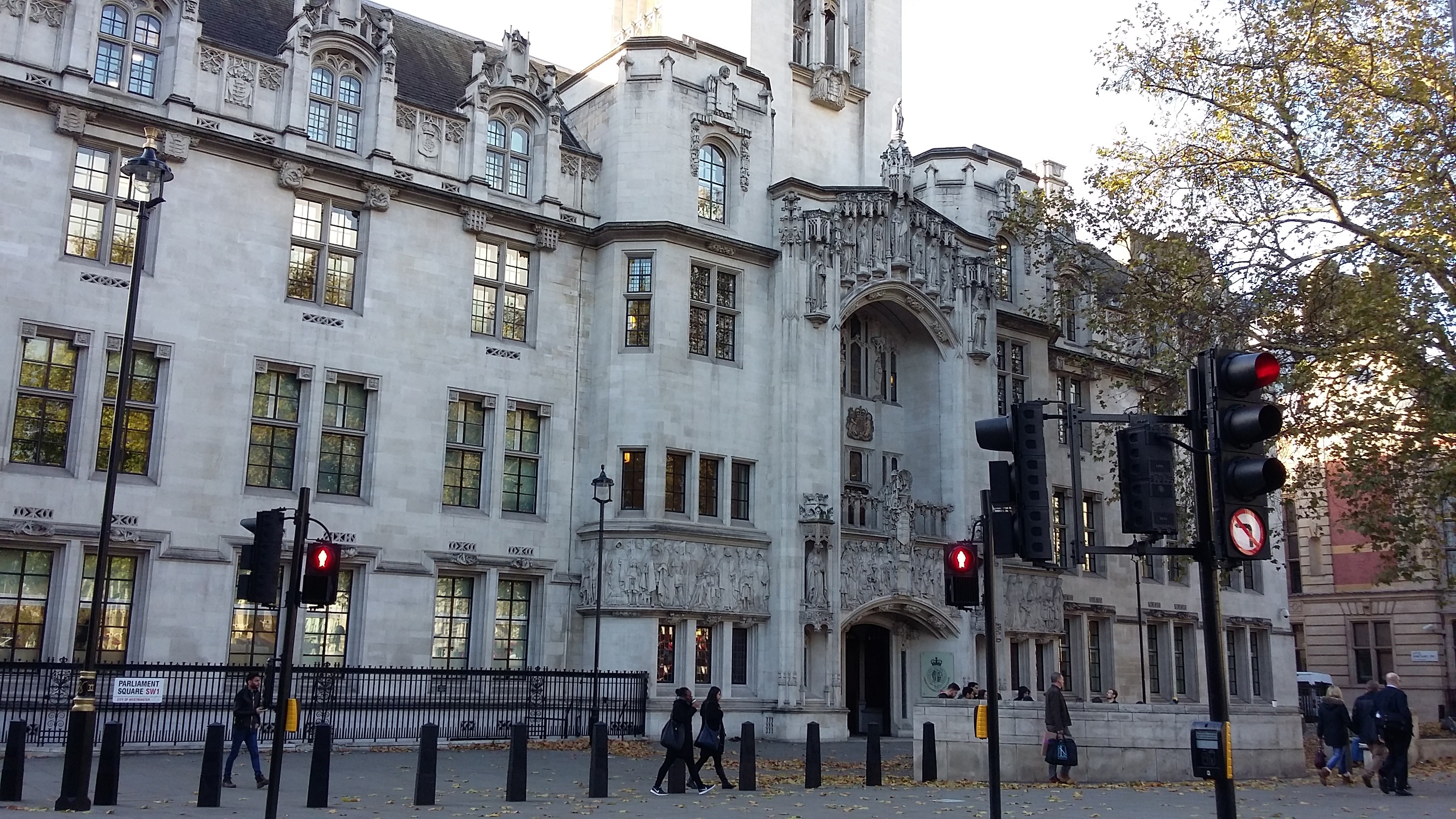 Not so long ago I found out that you could book tours of the Supreme Court, which take place on Friday afternoons. I had some holiday to use up, so I booked the day off and booked myself onto a tour. I arrived at Parliament Square in plenty of time, and got through security in time to have a look around the exhibition before going off on my tour.

I’d assumed that the Supreme Court had been around for ages, but that isn’t the case at all: in fact, it’s a fairly modern institution. It was established in 2009, taking over judicial authority from the House of Lords. It is the final court of appeal for all United Kingdom civil cases, and criminal cases from England, Wales and Northern Ireland. The most famous case in its short history occurred last year, when Gina Miller and other campaigners challenged the government, arguing that Parliament should have a vote on Article 50. The public are able to watch cases as they are heard; this particular case was the busiest ever, with queues forming outside the building.

The Supreme Court is housed in what was once the Middlesex Guildhall, designed by J. S. Gibson in 1912-1913. It is Grade II* listed, but has been renovated to fit in with what it’s now used for.

This is housed in the basement, in an area which used to be taken up by prisoners’ cells when the building was a Crown Court. It has information about the history and role of the Supreme Court, as well as the Judicial Committee of the Privy Council, and how the two courts fit into the legal systems of the countries they serve.

The tour took us round all three courtrooms and the library. The first courtroom is the largest and in some ways the grandest; it still has many of the original features. The second is very different, with a much more modern appearance. Curtains and carpets have been designed specially for the building, showcasing the emblem which is displayed on the wall. This reflects the four nations which make up the United Kingdom: a rose for England, a thistle for Scotland, leek leaves for Wales and a flax flower for Northern Ireland.

The third courtroom is generally reserved for the Judicial Committee of the Privy Council, which is the highest court of appeal for many independent Commonwealth nations or Crown dependencies which are too small to have their own.

The library is impressive, with a large array of books and walls covered with quotes relevant to law.

I really enjoyed my tour, and would definitely recommend it.