Lali Blue is run by two independent designers in Castellón, Spain. Pieces are inspired by vintage style, fairytales and stories and made with wood, resin, metal and acrylic.

Top of my wishlist is this beautiful The Lion, The Witch and The Wardrobe Necklace, incredibly detailed. 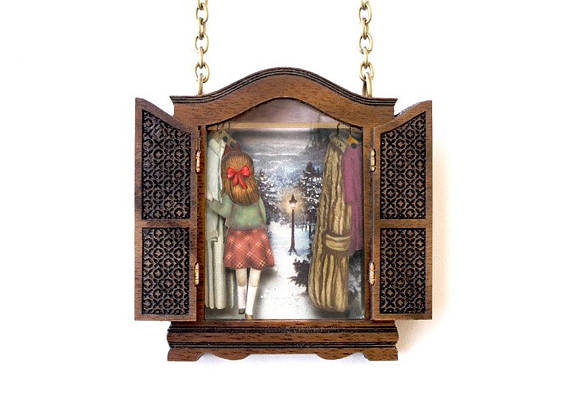 This 1920s-inspired To the Light of the Moon Brooch is also stunning. 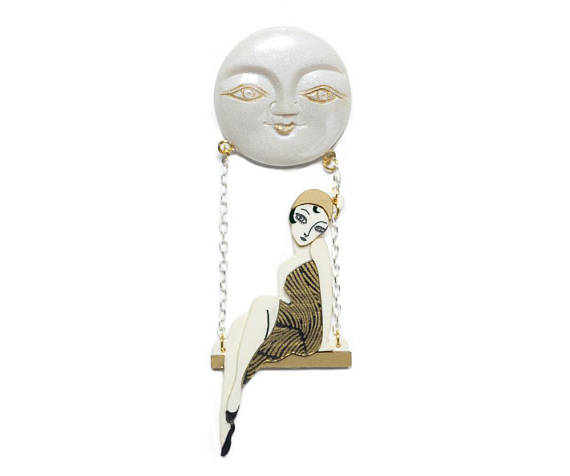 Last year’s Halloween collection featured this gorgeous Witch Brooch (which is also available as a necklace). 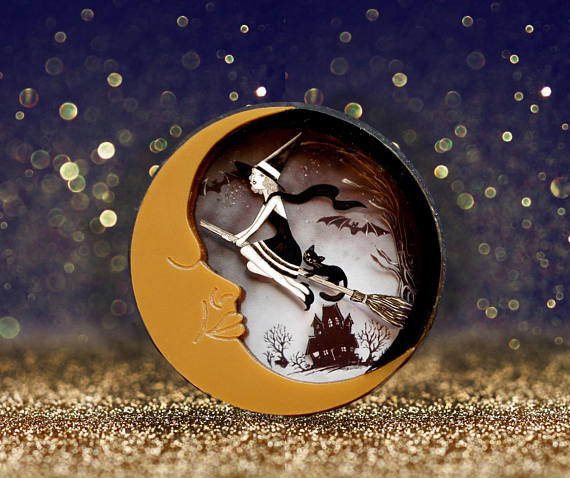 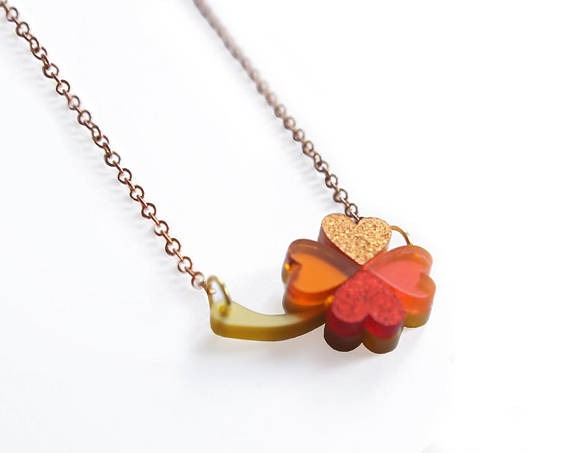 This Mandarin Ducks Brooch is adorable. 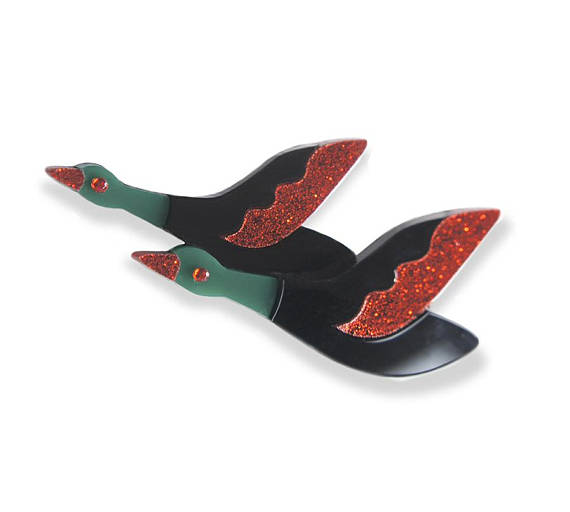 Check out Lali Blue via the following links:

Another year, another Ramin Karimloo gig – something I’ve been looking forward to for months. After spending time on Broadway performing in the musical Anastasia, he has come back to the UK for a bit. His last Royal Festival Hall gig was back in 2012 – I don’t know where the time’s gone since then!

I can’t find a setlist, but Ramin sang songs from the musicals he is known for, like Phantom and Les Miserables – Music of the Night, Till I Hear You Sing, Bring Him Home – and tunes from other musicals like Oklahoma!, The Greatest Showman and Finding Neverland – Oh What A Beautiful Morning, From Now On and Neverland. He also included songs he has written himself and released previously, as well as a number of new songs. One of the reasons I love seeing Ramin live is that I am always being introduced to new types and genres of music.

It was such a good night and I only hope I don’t have to wait for another year to see Ramin live again.

It’s the start of a fresh new year and I really want to get on to visiting some of the many, many museums in and around London. With that in mind, on the first Saturday of 2018 I headed down to the London Sewing Machine Museum, located near Tooting Bec Station in south London.

The Museum is on the top floor of the premises of the Sewing and Craft Superstore, just round the corner of the station. You go through the front entrance and up the stairs to be confronted with – unsurprising given the name of the museum – sewing machines. There is a room full of them, in fact, all of which are examples of those used in industry (the museum owner supplied all of the machines used in the film Made in Dagenham). In a room just beyond are the machines designed for domestic use, including several miniatures, a number designed to be folded away after use, and one that can be disguised as a lion when not in use. The shop front in the museum is from the original branch of the Wimbledon Sewing Machine Co. Ltd, founded by the grandfather of the present company director, Ray Rushton. He inherited his grandfather’s passion for sewing machines and is responsible for many of the collection’s gems.

I’ve never used a sewing machine myself – I’ve always found them to be a bit scary – but I was fascinated by the museum, in no small part thanks to the enthusiastic volunteer who gave us a short guided tour of the space. If it hadn’t been for her I would certainly have missed Barthélemy Thimonnier’s unobtrusive wooden machine, the first widely-used and practical machine, invented in 1829. More obvious was the ornate Victorian machine gifted to Queen Victoria’s eldest daughter and used by her nurse for many years.

I certainly hadn’t expected to come across Charlie Chaplin and Boy George in the museum. Machines associated with both entertainers can be found here: the original sewing machine belonging to Chaplin’s mother, and an identical model to that used by Boy George’s mother to sew many of his early costumes.

The museum is surprisingly interesting even for those who aren’t massively into sewing machines, and it’s free too. Well worth visiting if you have a free Saturday afternoon.

Opening Hours: 2am-5pm on the first Saturday of the month

1. Who are your favourite writers?
I have so many, but the ones that immediately come to mind are Charlotte Brontë, Thomas Hardy and Philip Pullman, as well as Chekhov and Shakespeare. Poetry-wise, I love John Keats, Lord Byron, Dylan Thomas and Emily Brontë.

2. Who were your favourite writers when you were a teenager? Which of them do you still like?
I particularly loved nineteenth-century writers as a teenager: the Brontës, Thomas Hardy, Jane Austen, Elizabeth Gaskell. I still love those writers, I just love even more writers now. I first discovered Terry Pratchett as a teen, and I remember especially loving his books. I also really liked Lemony Snicket’s A Series of Unfortunate Events, and I read a lot of John Galsworthy after The Forsyte Saga was shown on TV.

4. Which writers do you wish had not influenced you?
None.

5. Which writers are you embarrassed you used to like?
None, because I don’t believe in being embarrassed by the writers I used to like. It’s all part of growing up and learning.

6. Which writers did you not expect to like, but did?
Andrzej Sapkowski was a surprise. His Witcher Saga inspired a video game, so my brother, who loves games, asked for the first book for Christmas, but ended up with two copies. I took one, willing to try anything once, and ended up loving it. The series draws on fairytales and folklore for its inspiration, and it is complex and often very funny.

7. Which writers do you think you will still read, and like, for the rest of your life?
It’s hard to predict, I can’t really imagine growing tired of any of them.

8. Who are your favourite prose stylists? Or your favourite writers on the sentence level?
Lawrence Durrell for rich, complex prose. Henry James is hard to read, but worth the effort. Raymond Chandler and P. G. Wodehouse for the most glorious sentences. Examples:
“Neither of the two people in the room paid any attention to the way I came in, although only one of them was dead.” (Raymond Chandler, The Big Sleep)
“He sat looking at it with his eyes protruding in the manner popularized by snails, looking like something stuffed by a taxidermist who had learned his job from a correspondence course and had only got as far as lesson three.” (P.G. Wodehouse, Plum Pie)

9. Who are your favourite writers of characters?
J.K. Rowling for the vivid, complex characters she writes as part of the Harry Potter series. I think the characters are the key to the popularity of the series – The plots are exciting, but once you know what happens it’s still worth revisiting the books because of the characters.

10. Which writers, alive or dead, would you invite to dinner?
Lord Byron and Dylan Thomas, though possibly not at the same time. I think Agatha Christie would be fascinating.

11. Which writers, alive or dead, would you like to know personally? And think you could be friends with?
Charlotte Brontë, as I think we’re quite similar – though maybe too similar? Neil Gaiman would be interesting to know, he always comes across so well on Twitter.

12. Do you personally know any published author?
Louise Rushton! She writes and illustrates children’s books about a dinosaur called Momo.

13. Which writers do you like/admire but generally avoid, for some reason?
I’m struggling to think of one. Generally if I like an author I’ll want to read more of their work.

14. Which writers do you like as critics/ essayists but not as novelists?
Charles Dickens – I’m really not a fan of his novels, but I love A Christmas Carol, his ghost stories, and his account of the time he spent in America. I also admire him for how outspoken he was against poverty.

15. Which writers have changed you as a reader?
Stieg Larsson springs to mind – I read his Millennium Trilogy and it kickstarted my love of Scandinavian crime fiction.

16. Who do you think are overrated?
It’s an obvious one, but Stephenie Meyer and E.L. James. Although I did kind of enjoy the Fifty Shades trilogy because it was hilarious.

17. Who do you think are underrated and should be more widely read?
I think Daphne Du Maurier is well known but she’s too often seen as a romance writer – some of her books are really dark and unsettling.

18. Who do you think are the best living writers?
This is a tough one. Margaret Atwood is one, but other than that I don’t read enough contemporary fiction to really say.

19. Which writers do you go to for comfort?
Enid Blyton, or Alexander McCall Smith.

20. Which writers do you go to for mere amusement?
I don’t like that word ‘mere’ – amusement is very important! P.G. Wodehouse definitely belongs in this category. I would also like to mention William McGonagall, who wrote poetry so bad that it’s good.

21. Who are the greatest writers that you don’t personally like/that you just don’t warm to?
James Joyce – I find most of his work pretty much incomprehensible.

22. Which writers do you hate/ strongly dislike?
Thomas Pynchon. I’m trying to read the Guardian’s 1000 Books You Must Read Before You Die. Three of his books are on there. I’ve read two of them, and let’s just say I’m not looking forward to the third.

23. Which writers are you prejudiced against?
None that I can think of.

24. Which writers do you feel you should have read by now?
Again, none that I can think of.

25. Which writers from your country would you recommend to a foreigner?
There are so many writers from Britain that I can think of and I honestly don’t know who I’d specifically recommend. It would depend on what kind of books the person was interested in.

26. Which writers do you recommend to everyone? Every serious reader?
Shakespeare!

27. Which writers do you wish you could write like?
It depends on my mood.

28. What is your favourite language to read in?
English because it’s the only one I know well enough.

29. Which foreign-language writers make you wish to learn their language in order to read them in the original?
Most Russian writers, but particularly Chekhov, Dostoyevsky, Bulgakov and Tolstoy. Every so often I try to get back into learning Russian, but it usually doesn’t last long.

30. Who is the best writer you’ve just discovered recently?
Shirley Jackson, an amazing American horror writer from the mid-20th century.