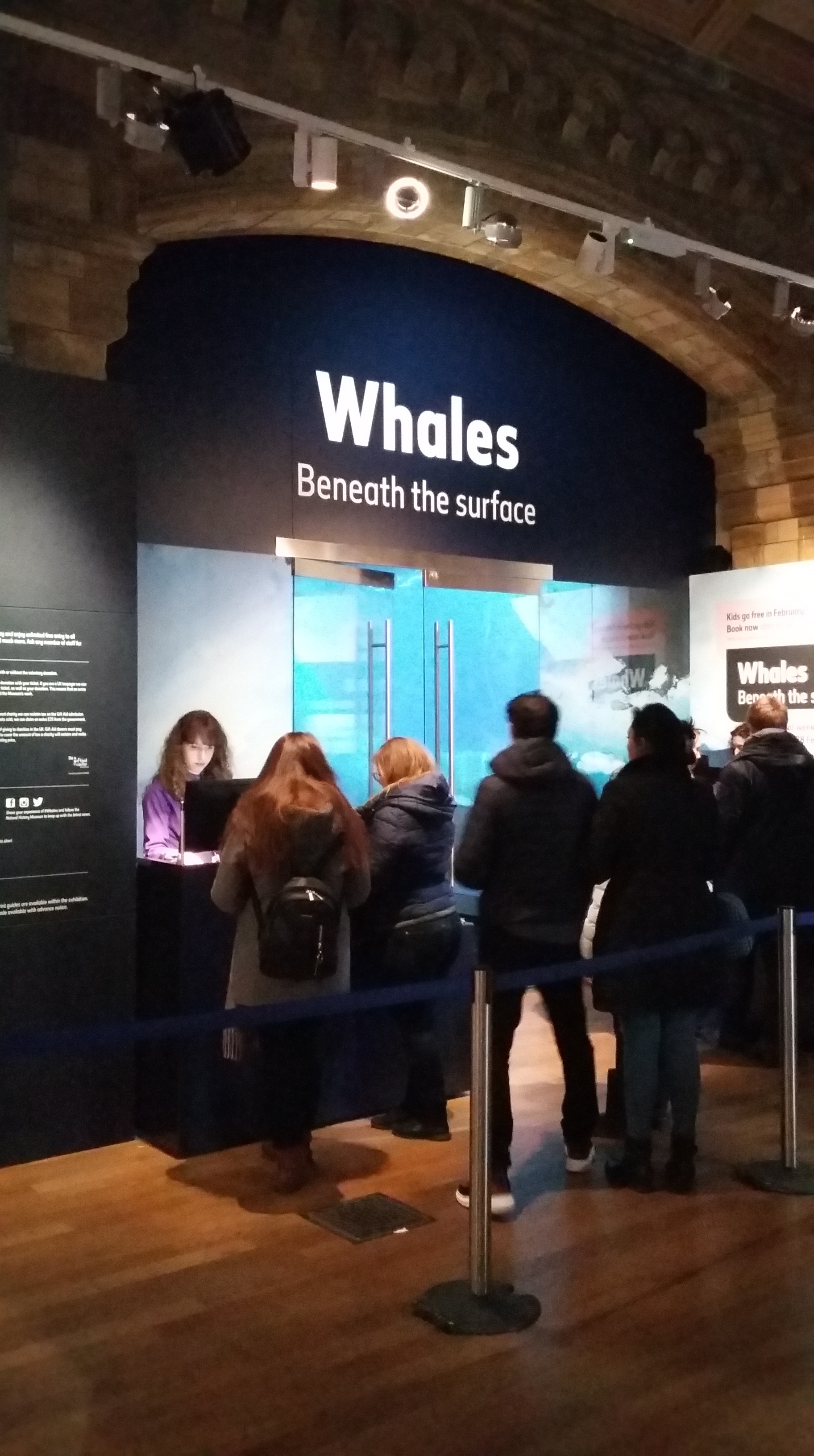 I’d been meaning to visit the Whales: Beneath the Surface exhibition for a while, and finally made it on its last weekend. As befits an exhibition at the Natural History Museum, it was superb: informative, fascinating and fun.

The exhibition began by looking at where whales began. Now, I’m sure I learned this at school, but I’ve certainly forgotten it in the intervening years, so I was surprised to find that the earliest cetaceans, 50 million years ago, were actually land mammals with legs and hooves. Pakicetus hunted small land animals, as well as fish. Ten million years later, these cetaceans had adapted to life in the water: the Dorudon had flippers instead of front legs, its back legs had all but disappeared, and it gave birth and fed its calves in the sea.

Around 34 million years ago some cetaceans evolved new way of eating – baleen plates. These baleen whales became known as mysticetes, while those that continued to use teeth – toothed whales, dolphins and porpoises – became known as odontocetes. Scientists worked out that mysticetes and odontocetes shared a common ancestor from watching growth in the womb – baby mysticetes were growing teeth which disappeared before birth.

Today, there are around 90 species of cetacean – 23 of which are found in British waters. 12 million years ago there were many more. Their ancestry is evident in the modern whale skeletons on display: tiny back leg bones, remnants of their land mammal past, and flippers that resemble hands. On display also is the skeleton of the ‘Thames whale’ – a northern bottlenose whale that ended up in the Thames in 2006 and died despite a rescue operation. Modern-day cetaceans have powerful tail muscles to help propel themselves forward. They move their tails up and down, whereas fish move their tails from side to side.

The exhibition explored the differences between species of whale. Blue whales, for instance, have smaller flippers to help them travel long distances, whereas humpback flippers are bigger with grooves and bumps to help them twist and turn in the ocean. Baleen whales live alone, but toothed whales are sociable and live in groups. Toothed cetaceans use echolocation to find their food, whereas baleen whales gulp seawater and filter it out, keeping in the prey. A fantastic game, loved by the children in the exhibition, involved jumping on electronic pads to ‘track’ prey using echolocation.

Later on, the exhibition explored how whales hear and create sound, as well as how these incredibly intelligent creatures interact with one another, caring for each other, playing, and even singing ‘songs’. It also explored a possible future for whales: different killer whale skulls showed how groups of these whales ended up with different kinds of tooth marks from hunting very different prey, and may one day diverge into different species.

I loved this exhibition, not least because I was able to match my Erstwilder Wesley Whale brooch to the theme. 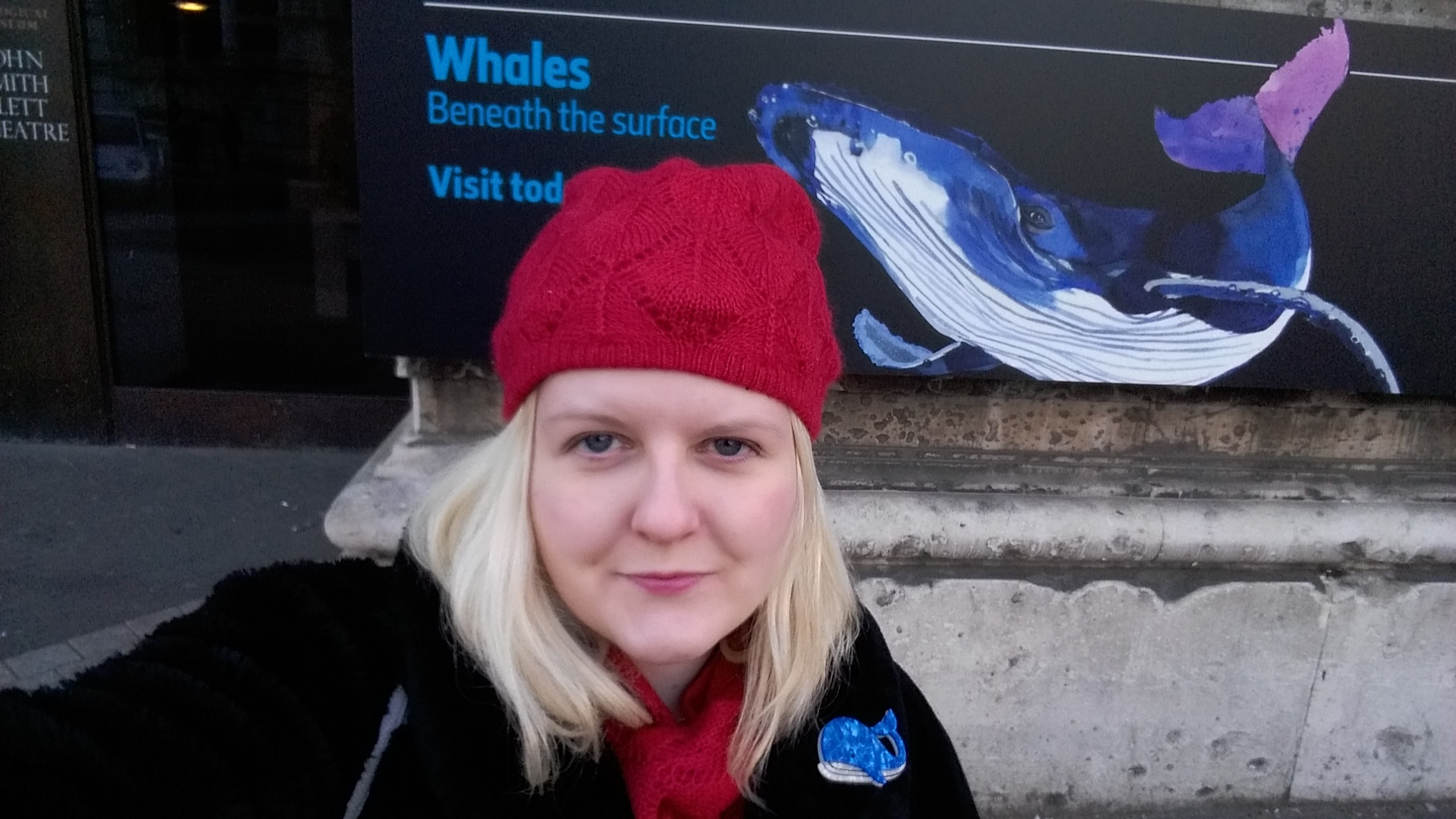