My brand of the month for July is:

Iris was born in Guadalajara, Mexico and moved to the UK to study. Her jewellery is inspired by traditional Mexican crafts as well as colourful 1960s design.

I’ve chosen to showcase her work this month chiefly because of the Frida Kahlo exhibition at the V&A: Iris has been commissioned to produce a number of designs specifically for the exhibition, which are available in the museum shop in person and online.

Antonio the Golden Sun (Antonio el Sol Dorado) is a favourite brooch of mine, gleaming brightly and cheerfully. 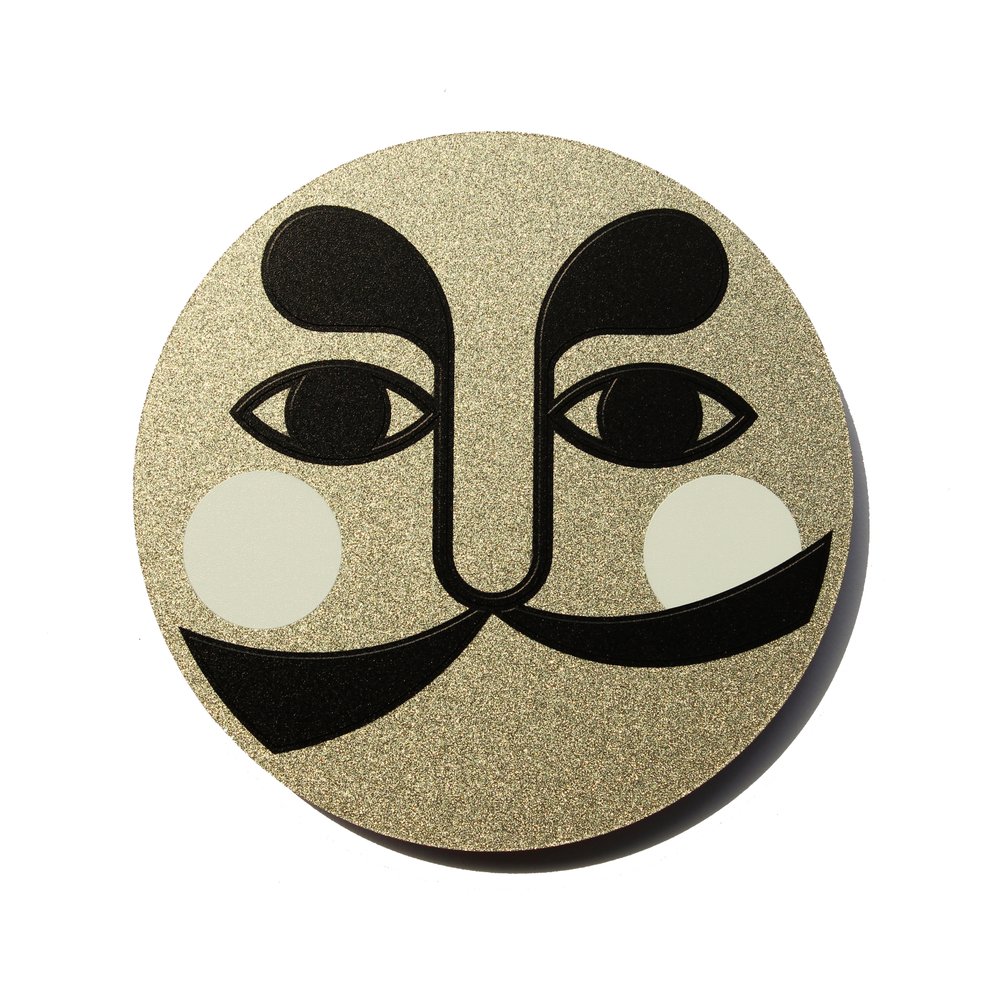 He can be paired with the Moon (La Luna), who shines with a silvery shimmer. 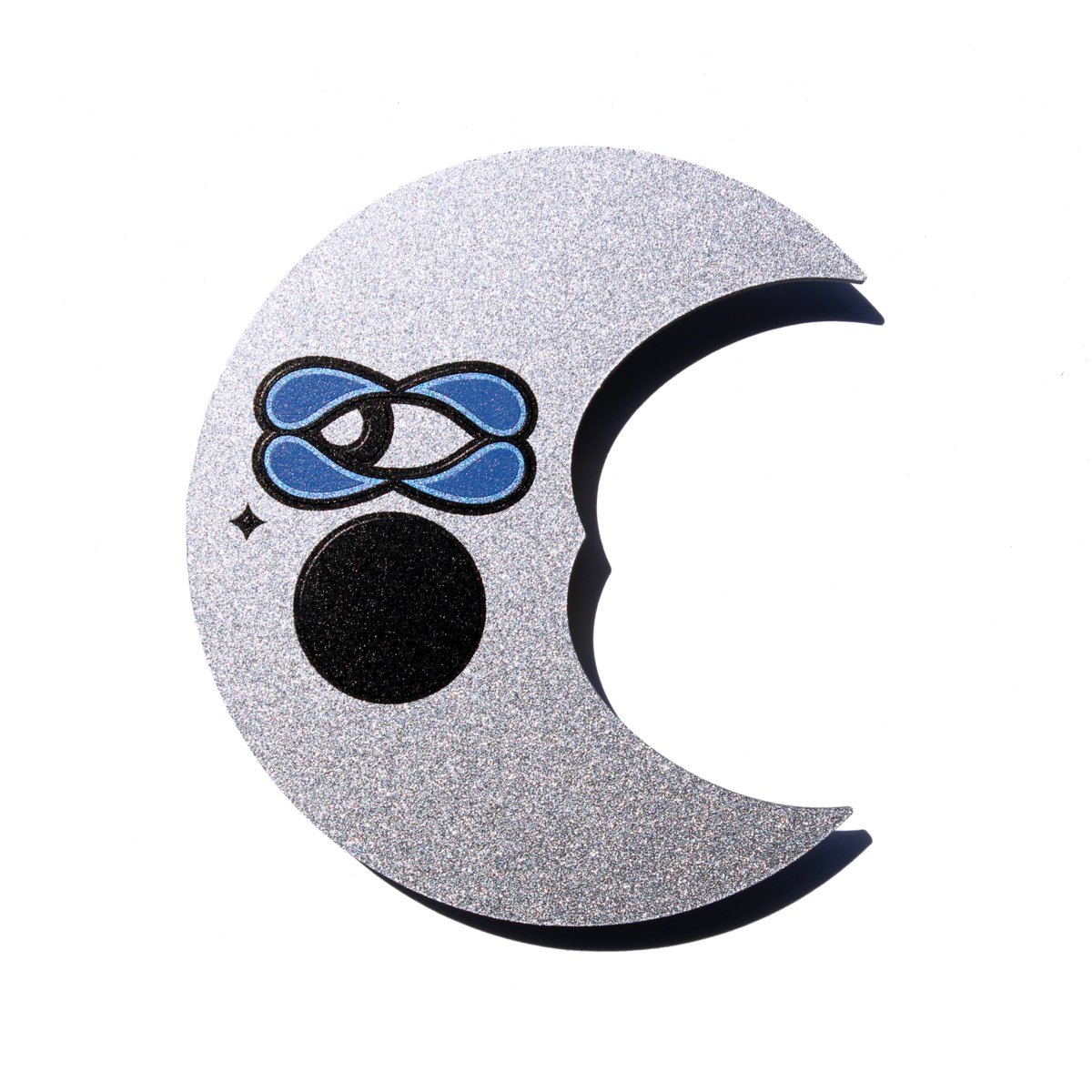 The Cat (Gato) brooch is adorable. 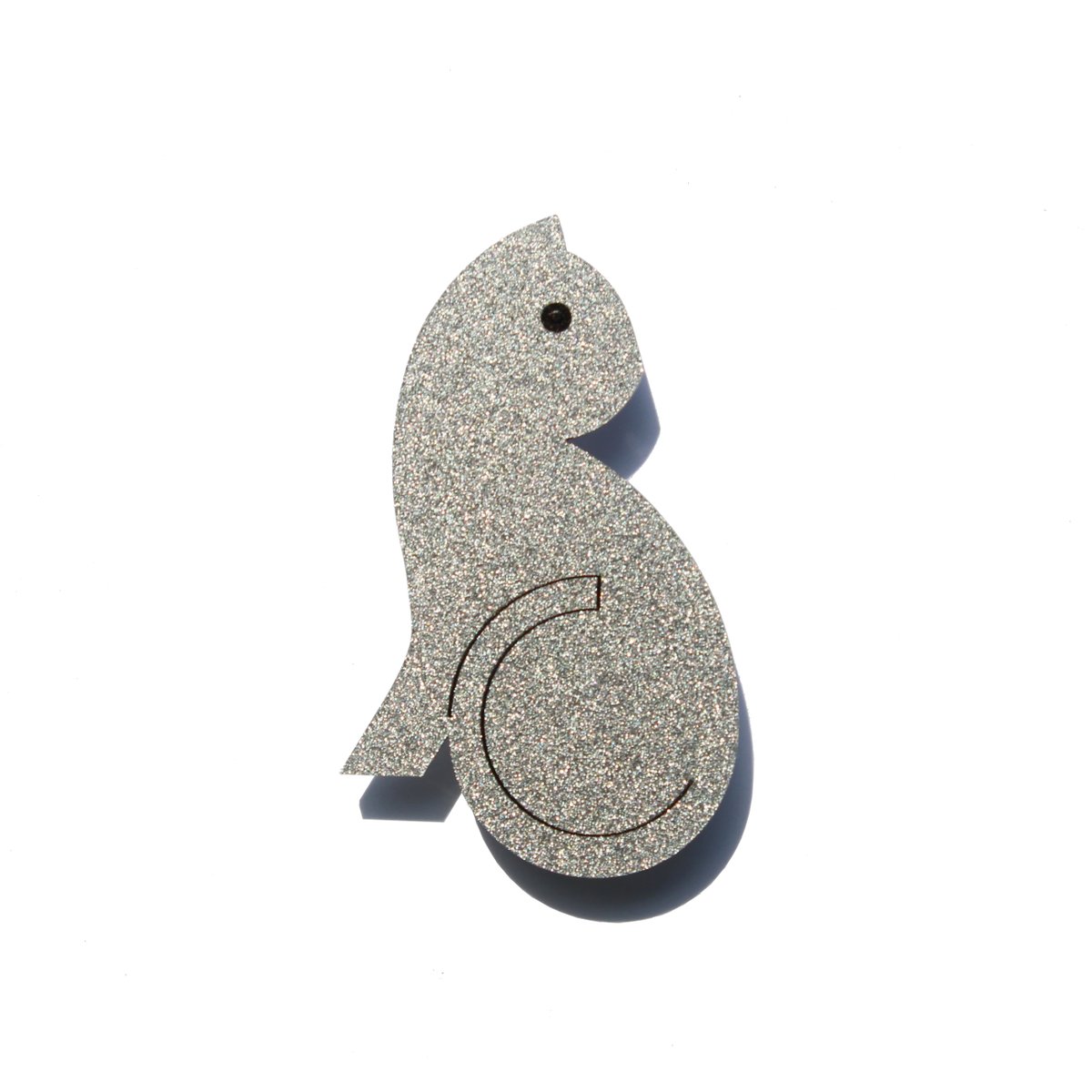 So is this deer brooch, representing Frida Kahlo’s pet deer.

Speaking of Frida: this beautiful Frida Flower Crown brooch is unique to the V&A. 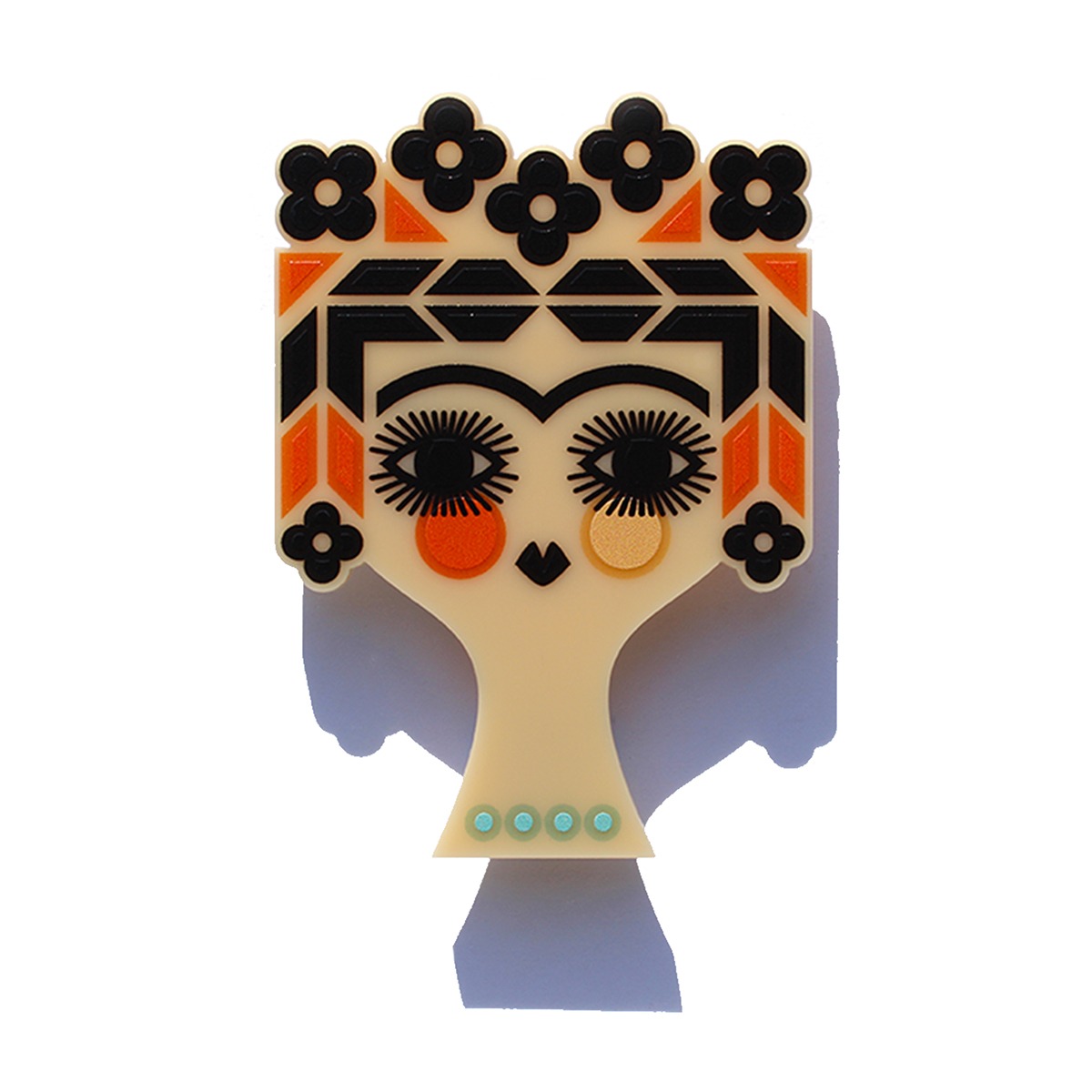 There is a whole range of exclusive jewellery available, but this parrot brooch is top of my list for when I visit the exhibition. 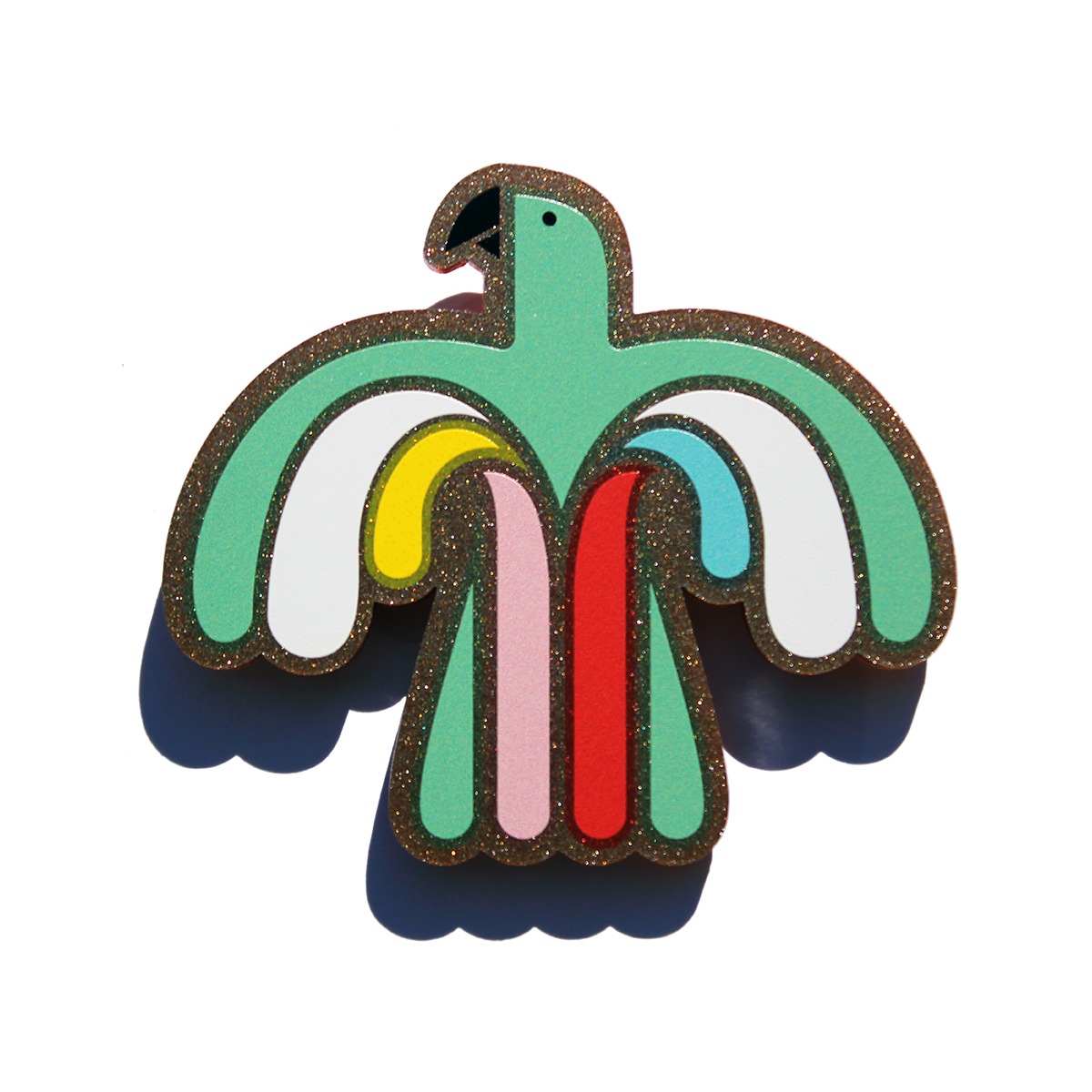 Gunnersbury Park Museum has recently reopened after refurbishment, and while I was browsing the website I came across a bat walk. I signed up to go on the July walk in the hope of coming across a few bats.

On meeting at the park, we were handed bat detectors, which were quite exciting, designed to pick up bat squeaks at high frequencies. Different species have different frequencies so you have to move the dial around to make sure you pick up anything that might be out there.

We headed down to the lake and at first there was no sign of any bat activity, even though we walked right round the lake and were there for ages. Eventually, however, as it grew dusk, some bats began to come out of hiding and we saw them swooping around, aided by the bat detectors which picked up their noise almost before we saw them.

I never thought that standing by the side of a lake in the dark on a Friday night would be such fun, but it really was. There is another walk taking place in September if you fancy giving it a go.

I’ve wanted to visit Warwick Castle for years – it’s one of the major historical sites in the UK and every time I go to Stratford on the train I go through Warwick and see the signs to the Castle. As a birthday treat to myself I decided to finally visit.

The beginnings of the Castle go back to 914 when Ethelfleda, daughter of Alfred the Great, ordered the building of a ‘burh’ or an earthen rampart to protect the small hill top settlement of Warwick from Danish invaders. In 1068, William the Conqueror founded a motte and bailey fort, consisting of a large earth mound with a timber stockade around both the top and base. This mound is still visible as part of the Castle today.

Henry de Beaumont was appointed the 1st Earl of Warwick in 1088. Successive Earls followed until the title passed to Richard Neville, who married the prior Earl’s sister, in 1449. This is the part of Warwick Castle’s history I’m most familiar with, because of Neville’s role in the Wars of the Roses and his unofficial title of ‘Kingmaker’. Later, the Castle lapsed into disrepair until James I presented it to Sir Fulke Greville in 1604. In 1871, a fire damaged the Private Apartments and the Great Hall and over 100 years later the Castle was bought by the Tussaud’s Group, marking its beginnings as a tourist attraction.

I booked online because it was a bit cheaper – also you get to skip the queue once you get there. The Castle is not far from the centre of town so it isn’t much of a walk.

Inside, there is lots to see and do. I decided to do all the rampart-climbing in the morning, before it got too hot and before I ran out of energy. There are great views over the Warwickshire countryside, and there are informative panels that explain the history of different parts of the Castle.

Underneath the main building there is a walk-through display which shows the Earl of Warwick preparing for battle. Some of the wax figures are a little creepy, but this area is also pretty informative about what is probably the most famous period of the Castle’s history. Across the grounds, there is a ‘time machine’ exhibition which uses video technology to take you through the many centuries of the Castle’s history, with Horrible Histories-style humour.

I climbed to the top of the hill, formerly the old motte and bailey castle, and then decided I wanted a rest. This proved opportune as I was just in time for a birds of prey flying display, which was amazing. I actually ended up seeing two of these, and they were fascinating, featuring kestrels, eagles, an Andean condor, and my favourite – Ernie the owl.

I left the big part of the Castle until last. This part was rebuilt after a fire in the nineteenth century. It explored the history of the Castle as a retreat for the great and the good in later centuries, with waxworks of Victorian worthies demonstrating the weekend parties and lavish entertainments that went on here.

Nevertheless, I found that there was plenty to do – I think all ages and temperaments would find something to entertain them here. I’d definitely recommend Warwick Castle for a day out.

Prices: £36 for an open-dated ticket for one adult that allows you to visit the Castle and Dungeon at any time within 12 months; discounts are available for booking a selected day in advance (as opposed to just turning up), omitting the Dungeon, and for children or concessions. Check the website for special offers. Short breaks are also available.

I was browsing the Tesco Clubcard website looking for somewhere to use up my remaining vouchers, when I came across Birdworld. It wasn’t far from me, and what’s more, it had penguins! So I decided to visit.

The nearest station is Farnham in Surrey, reachable from London Waterloo. You can then get a bus which stops directly outside Birdworld. However, I followed the directions on the website which explain how to walk through countryside from Bentley station. This might have been a good idea if it hadn’t been 30°C; as it was, I arrived at the park already tired. There is also a stream right next to the car park that you need to leap over – I was convinced I was going to fall in! Next time I think I’ll stick to the bus.

There is a gift shop and cafe at the entrance, so once I’d bought my ticket I had an early lunch before doing anything else. I picked up a map of the park and checked out the event times before heading off to explore.

As the name might suggest, Birdworld is home to a weird and wonderful variety of birds, from penguins to parrots, flamingos to owls. It has over 150 species and is the largest bird park in the UK.

You can follow the recommended route, or just wander around like I did. I started with the birds near the entrance, including the owls (this area is named after Sir Terry Pratchett) and the parakeets, before moving on to the flamingos and other sea birds.

Along the way I passed kookaburras, peacocks and the gloriously named Tawny Frogmouths.

There is a farm right at the back, with rabbits, goats and chickens – there were even a few baby chicks. I missed out on seeing the live show in the theatre as I was a few minutes too late, but was able to watch from outside. I did get to the flight display area in time to see some of the birds of prey in action, which was very entertaining.

I left the penguins till last, as they are my favourites! There are two species of penguins living at Birdworld – African penguins, which live at Penguin Beach, and Humboldt penguins, which can be found at Penguin Island. I was in time to see the Humboldts being fed – they REALLY love their fish.

Before I left, I visited Underwater World, the entrance to which is just across from Birdworld. Entrance is included in the price of your ticket. This place has several interesting varieties of fish, and even miniature crocodiles.

I really enjoyed my visit to Birdworld, and if I lived closer I’d seriously consider buying an Annual Pass so that I could visit the penguins regularly. In any case, I certainly plan to visit again at some point.

Prices: Adult £15.95, concession £13.95. Cheaper prices apply for children and under 3s are free. Prices are also cheaper off-season when the park is not fully open – check the website for details. 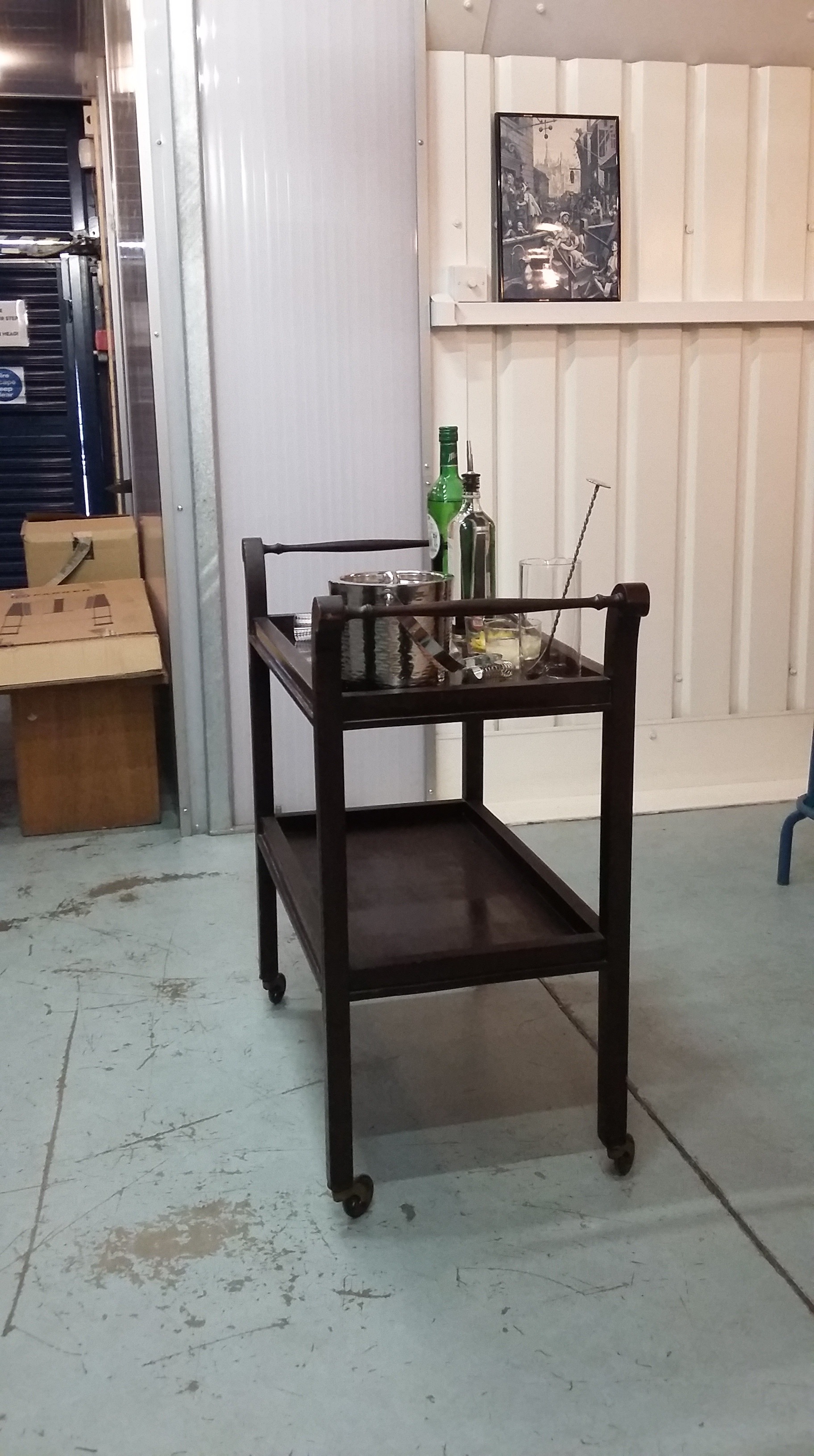 I love gin, so was very excited about picking up a Time Out voucher for a gin tasting session at the Bermondsey Gin Distillery, home of Jensen’s Gin. I went with a friend, and we headed down early, which is just as well because it took us a while to find it. The space is built into one of the railway arches not far from Bermondsey station, and there is a door built in to a corrugated shutter. 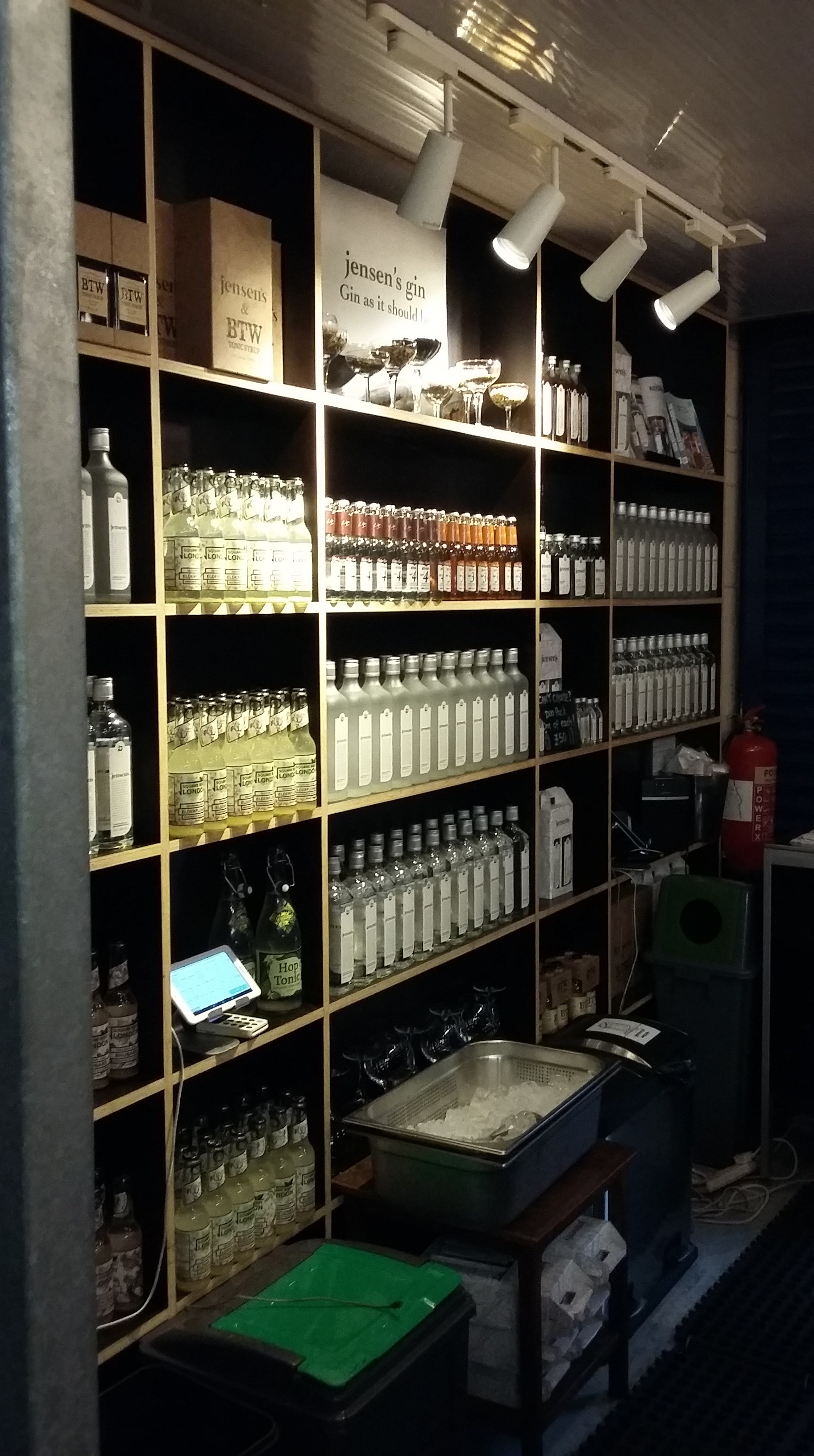 One free drink was included, and we sipped this as we were introduced to the history of gin and to Jensen’s Gin in particular. I’m fairly familiar with the history of the drink (and felt quite smug that I was able to identify Hogarth’s picture Gin Lane) but not of this particular brand. It was founded by Christian Jensen, City worker and gin enthusiast who, in a bid to recreate the gins he loved in his youth, at first commissioned another distillery to make it and then set up his own in order to make and sell it commercially. The small company now makes two gins, the original Bermondsey Dry Gin and an ‘Old Tom’ variety that is deeper and more flavoursome. We got to sample both of these as well as the individual ingredients that make up gin, including juniper berries which give gin its distinctive taste. 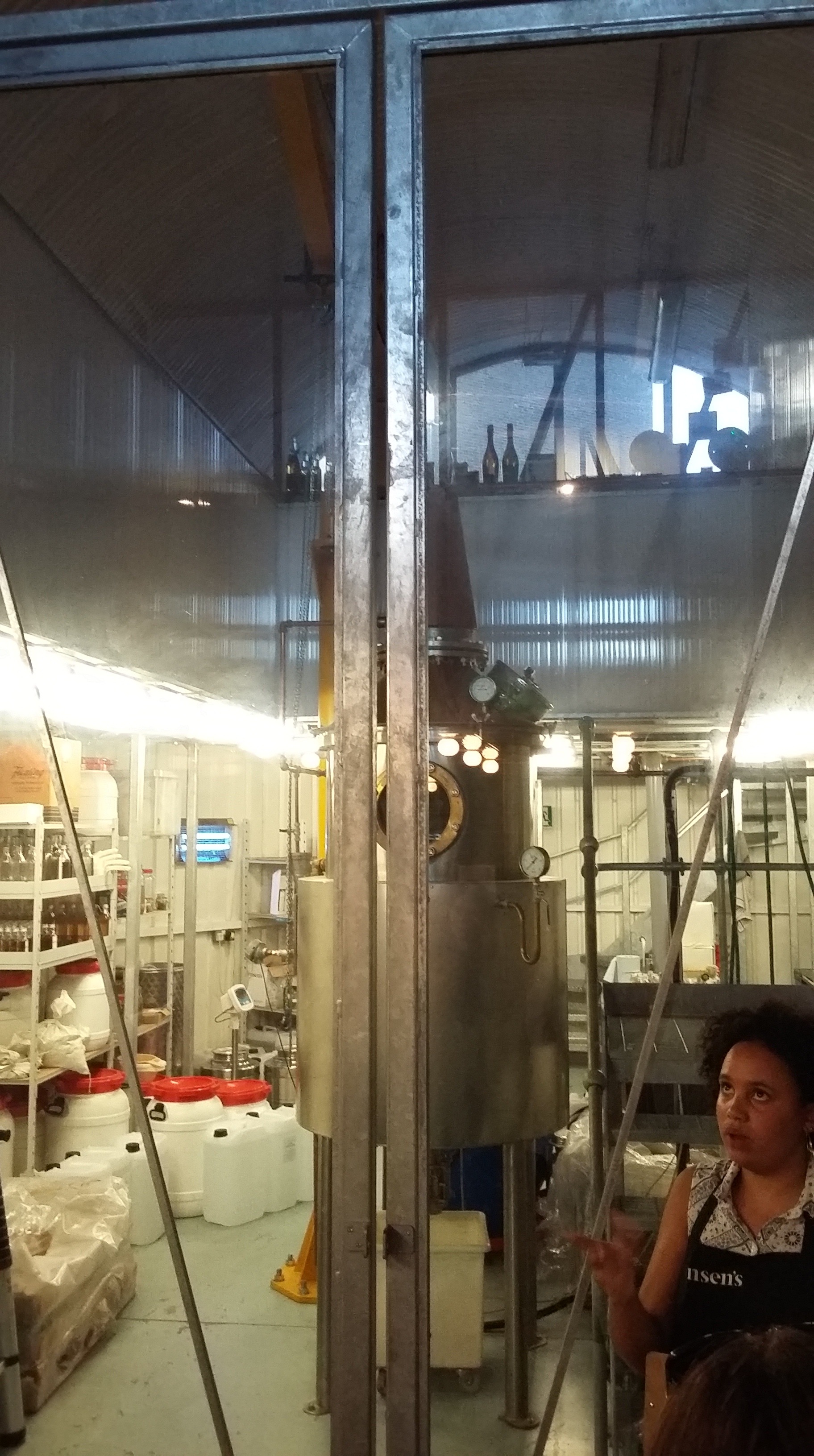 I had a really good time at the gin tasting: I learned things about gin I didn’t know, and got to sample some delicious gins. I would definitely recommend Jensen’s Gin, and am planning to head down to the distillery shop to buy a bottle of my own. On Sundays you can also pop down to Maltby Street Market and sample a G&T for just £5, which is pretty good for London. 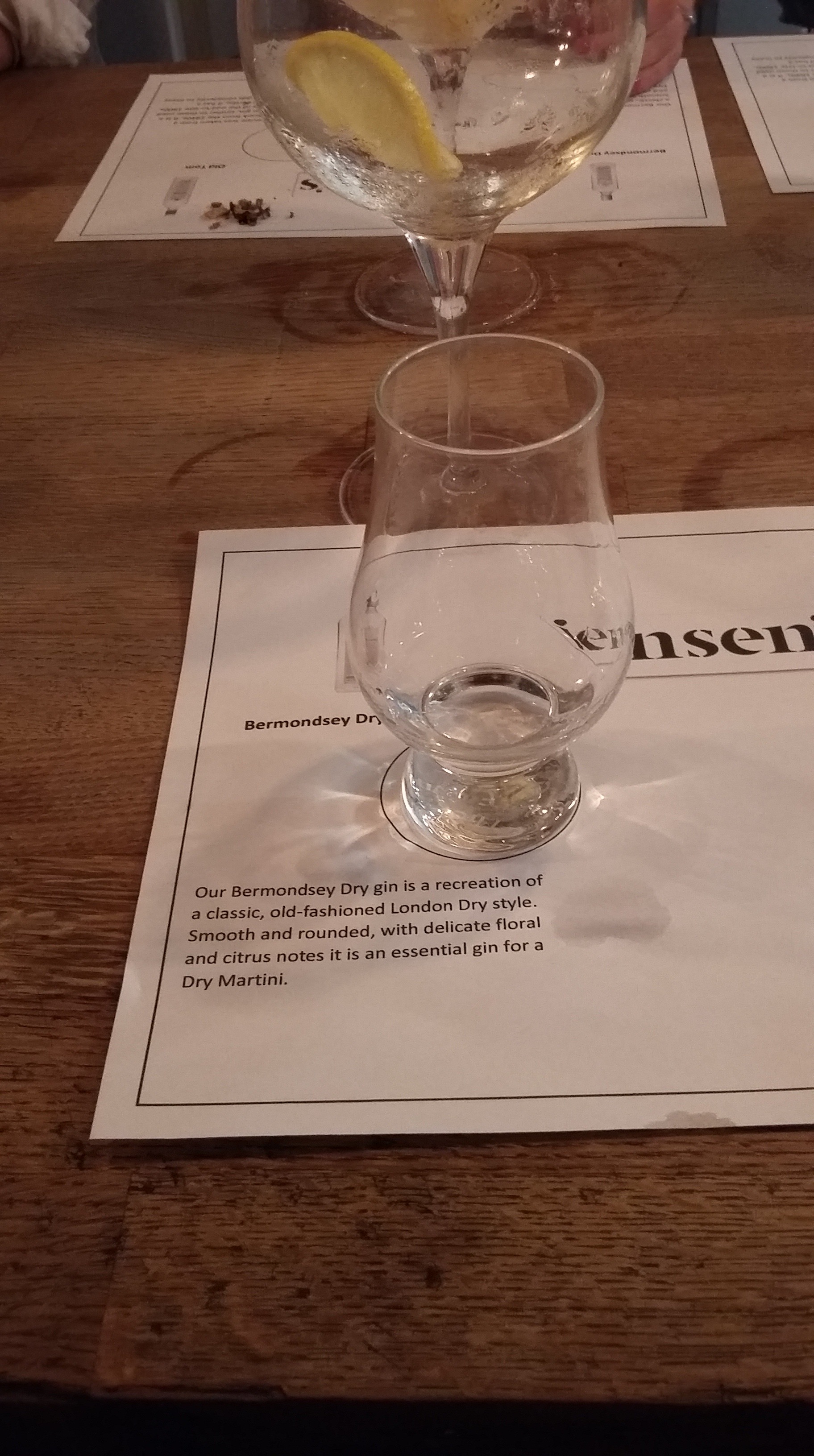