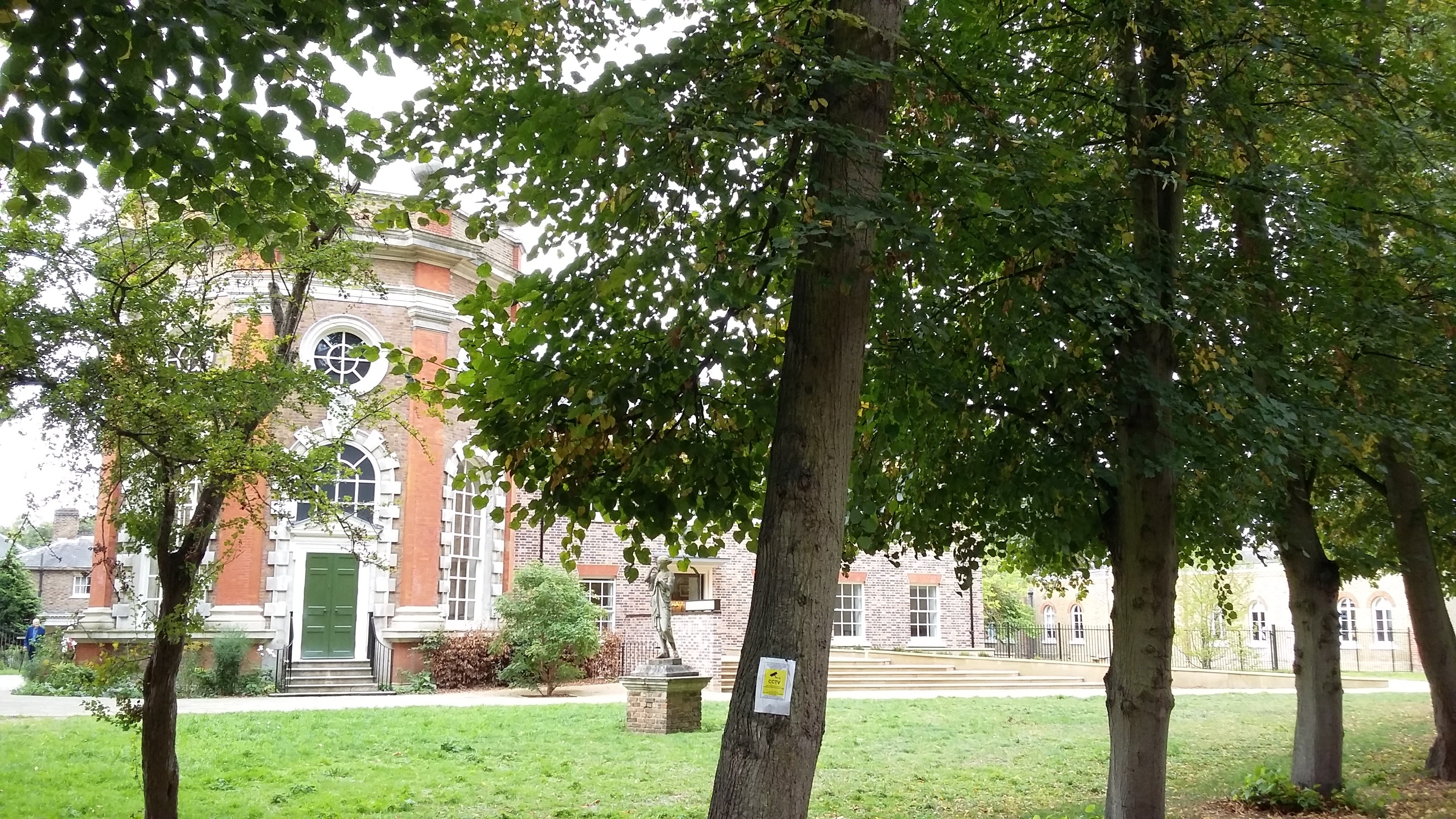 I’ve been meaning to visit Orleans House Gallery for some time, and the annual Heritage Open Days event provided the perfect opportunity. The Gallery is situated beside the river at Twickenham, south-west London, in beautiful grounds. 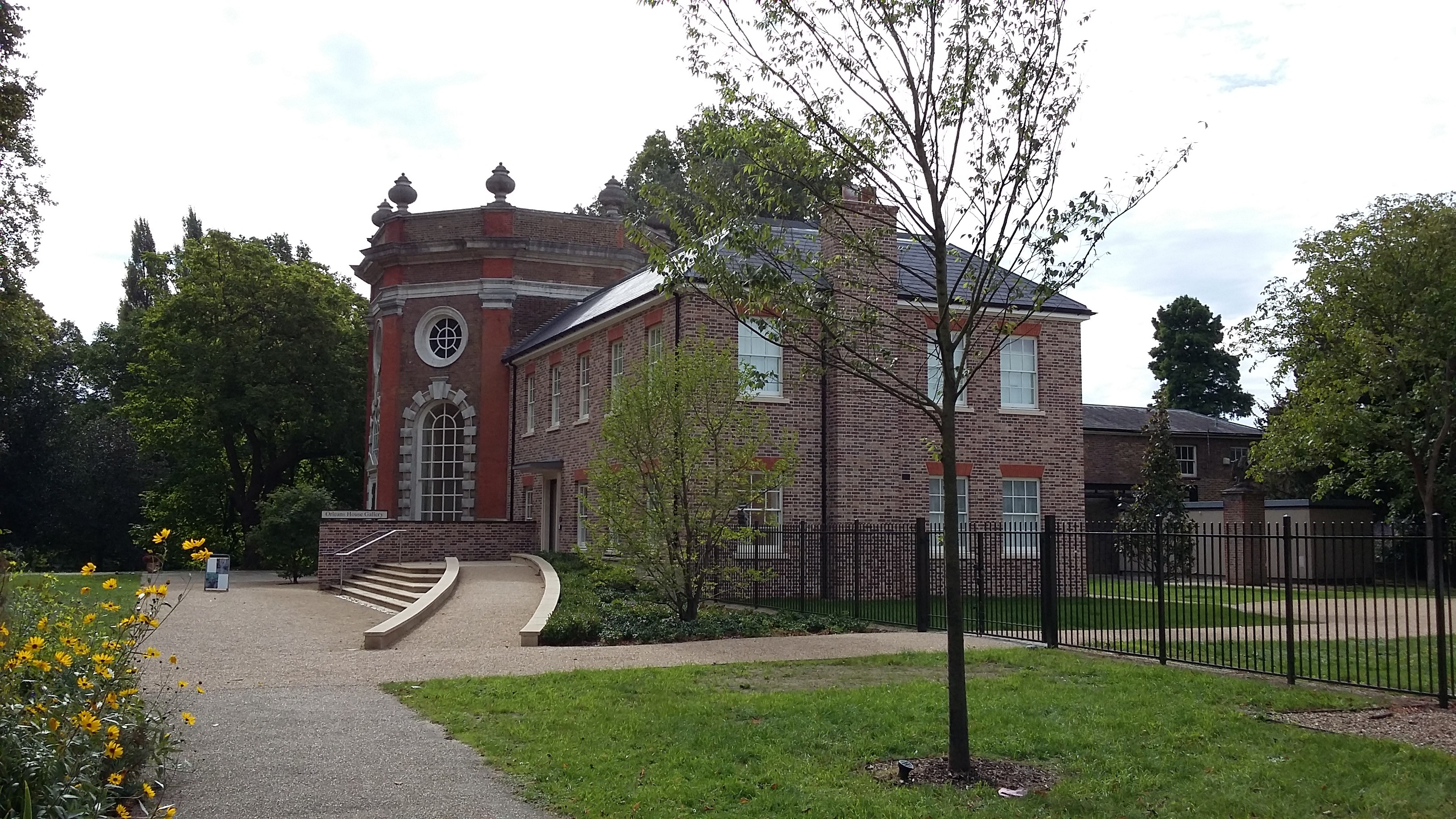 The Gallery is home to temporary exhibitions in both the main building and the stables. The current exhibition in the main gallery is Collection Curiosities, featuring intriguing pieces from the Richmond Borough Art Collection, and it contains many fascinating works including a picture of the ‘Hammersmith Ghost’ and a necklace of human bones. In the Stables Gallery, the current exhibition explores the work of local artist Roger Hutchins, whose varied output is well worth a look and features many local landmarks.

Upstairs, a study room hosts small permanent exhibitions on the French connection to Orleans House, the explorer Richard Burton (who grew up in the vicinity), and the local area. There are also several paintings on the wall with a local connection or theme, and visitors are invited to comment on them by writing on a luggage tag and sticking it alongside the picture. I really liked this interactive aspect and some of the comments were really amusing.

Because of the Heritage Open Day I was able to take part in a tour of the Gallery, learning about its history along the way. James Johnston, joint Secretary of State for Scotland, commissioned architect John James to build a house in 1710. Ten years later, the Baroque Octagon Room was constructed, designed by the Scottish architect James Gibbs. Both George I and George II visited, and Queen Caroline (wife of George II) and her children dined here in 1729. A dinner menu from this time is still in existence. Louis Philippe, Duc d’Orleans, lived here in exile from 1815-1817, and gave the house the name by which it is now known. He became King of France in 1830, revisiting in 1844 accompanied by Queen Victoria. Louis’s son, Henri, Duc d’Aumale, lived here for nearly two decades from 1852, building a gallery and library next to the house.

The Octagon Room has recently been restored, and along with part of the adjoining building is the only remaining part of the original structure, which was demolished in the early twentieth century. The rest of the site was saved by wealthy local Nellie Ionides, who sounds quite a character – she liked poodles and champagne, and combined her two interests by naming her pet poodles after brands of champagne. In the garden, it is possible to see markers showing where rooms of the house would originally have been located, and there is a model of the site inside.

Nowadays, Orleans House is a successful small gallery running numerous exhibitions and events, and is well worth a visit.