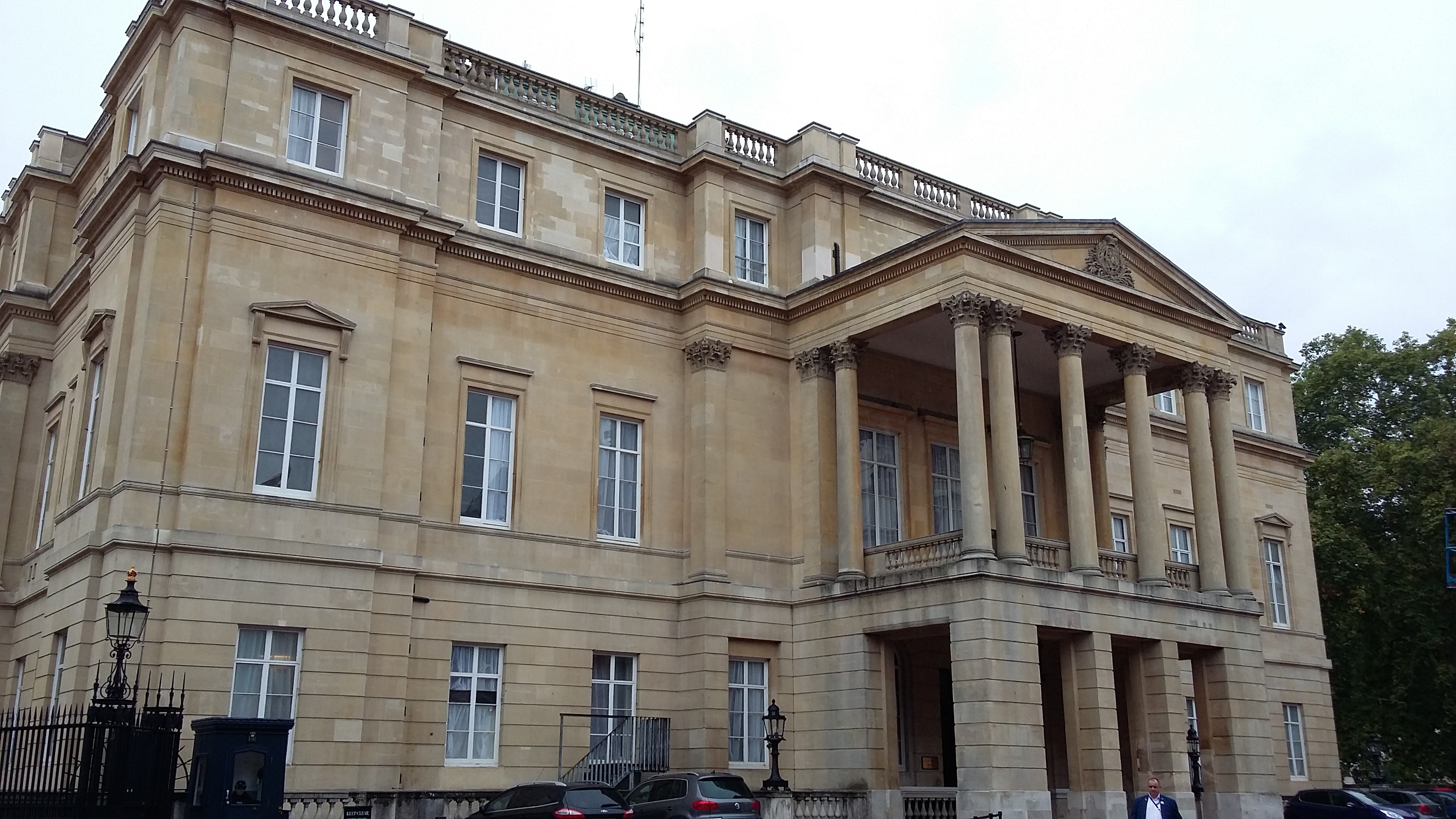 As part of the Open House London weekend I visited Lancaster House, a private palace now managed by the Foreign and Commonwealth Office. For many years known as Stafford House, it was the London home of the Dukes of Sutherland between 1830 and 1911, before the lease was bought by Lord Leverhulme. As a Lancastrian, he gave it its present name, and presented it to the nation: first as a home for the London Museum, then as a centre for Government hospitality. 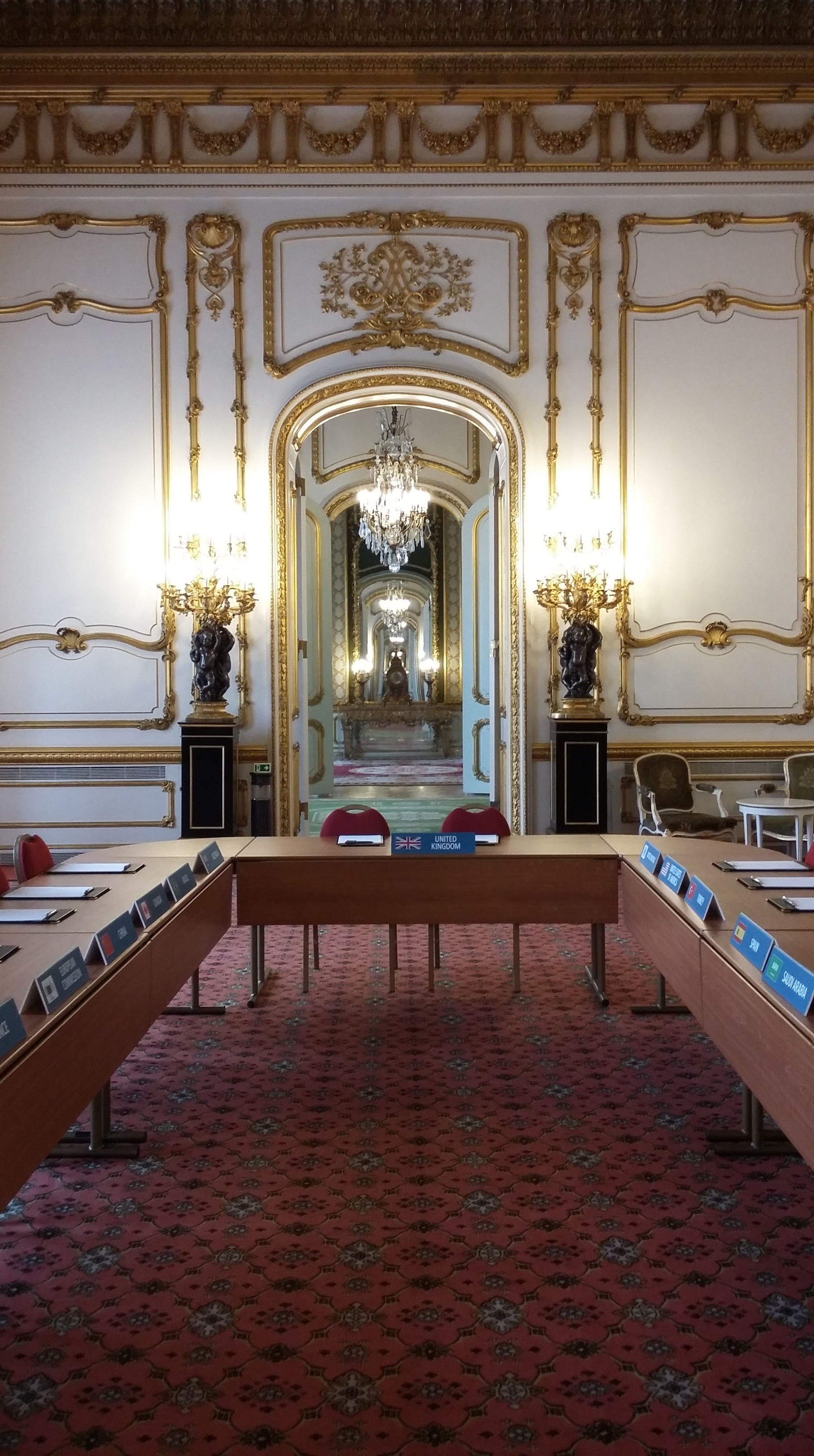 The House began as York House, home of the Duke of York, brother of George IV. It was begun by architect Benjamin Dean Wyatt, but the Duke soon died and the lease was sold to the second Marquess of Stafford. The Marquess himself, then the Duke of Sutherland, died only a few years later, and the second Duke decided to expand the house to accommodate his growing family. He employed architect Sir Robert Smirke, but Wyatt was still involved with the decoration of the state rooms, leading to a somewhat awkward situation. The decoration was eventually completed by Charles Barry. 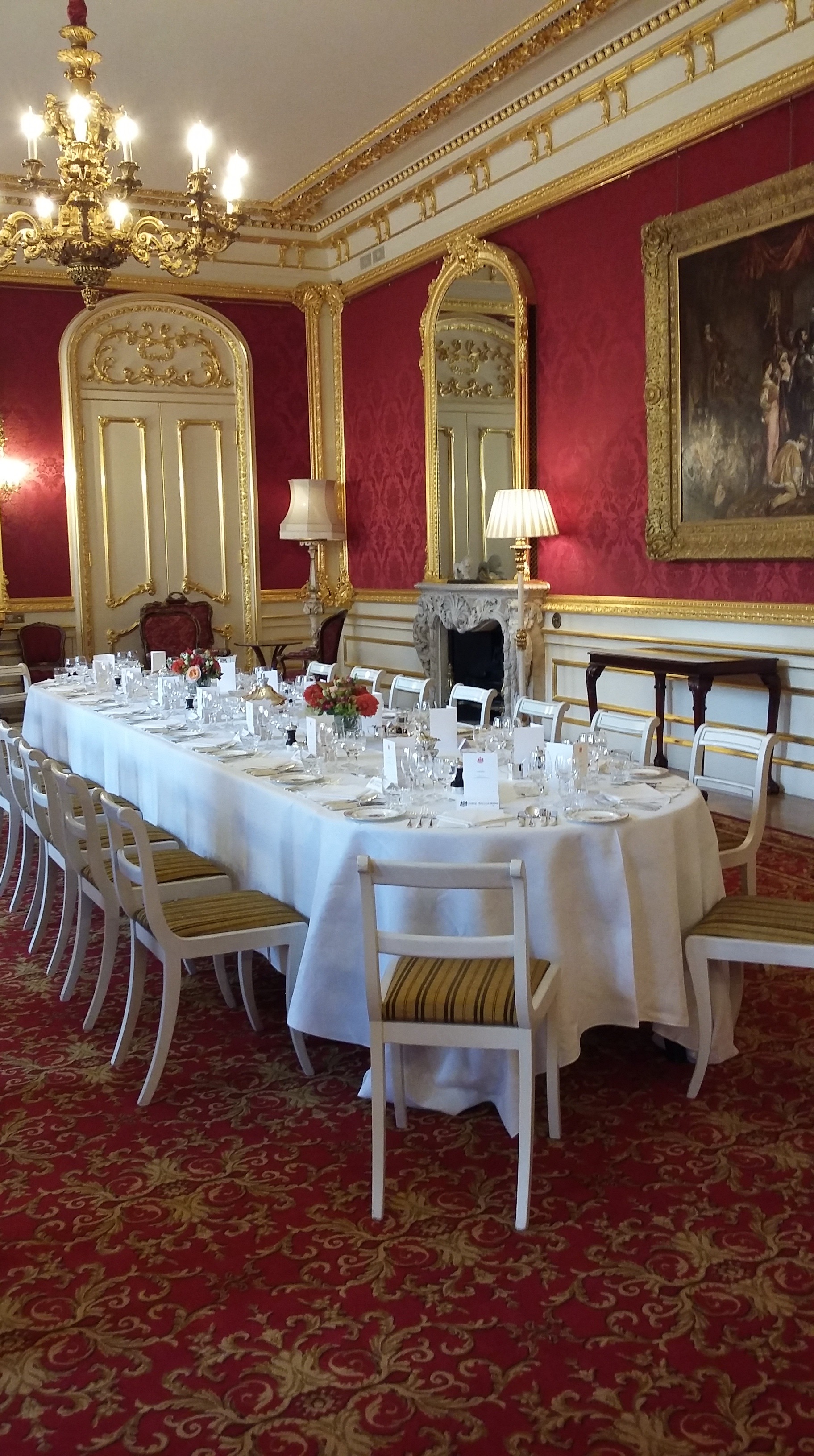 During the nineteenth century Stafford House was a centre of political life, playing the same role to the Whigs as Apsley House (residence of the Duke of Wellington) did to the Tories. The second Duchess, Harriet, was a friend of Queen Victoria and her Mistress of the Robes. Several famous people stayed in the house, notably Garibaldi in 1864, and Chopin in 1848. Nowadays, the house is often let out for filming; it makes a good stand-in for Buckingham Palace, as in Downton Abbey and The King’s Speech. 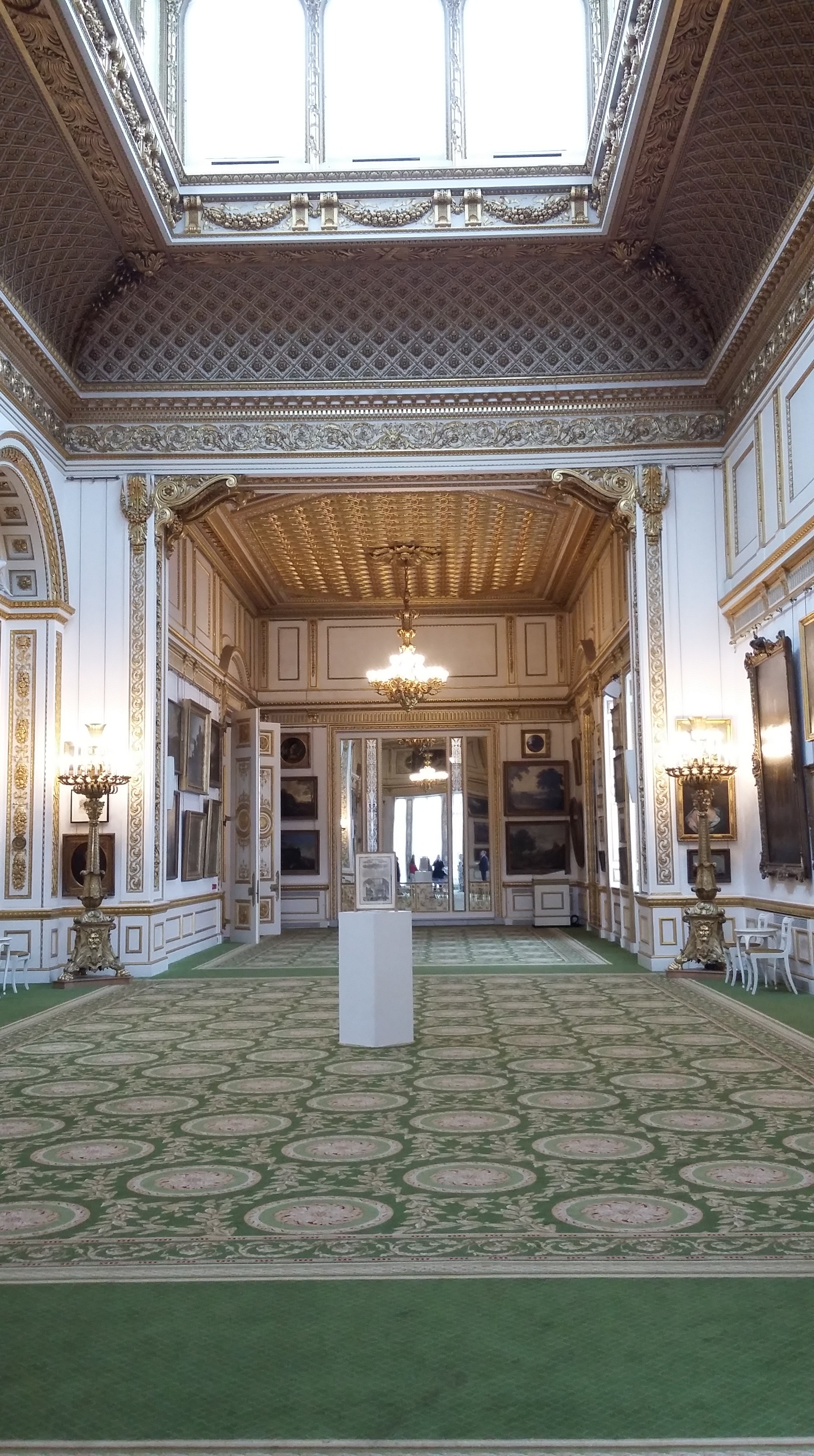 I spent some time in the grand entrance hall before the tour began. We were taken around the house, beginning upstairs and later heading to the downstairs rooms. The rooms are ornately decorated and very grand, an appropriate setting for the national and international political meetings that often take place here. Downstairs, I was particularly excited by the library and its built-in bookshelves. 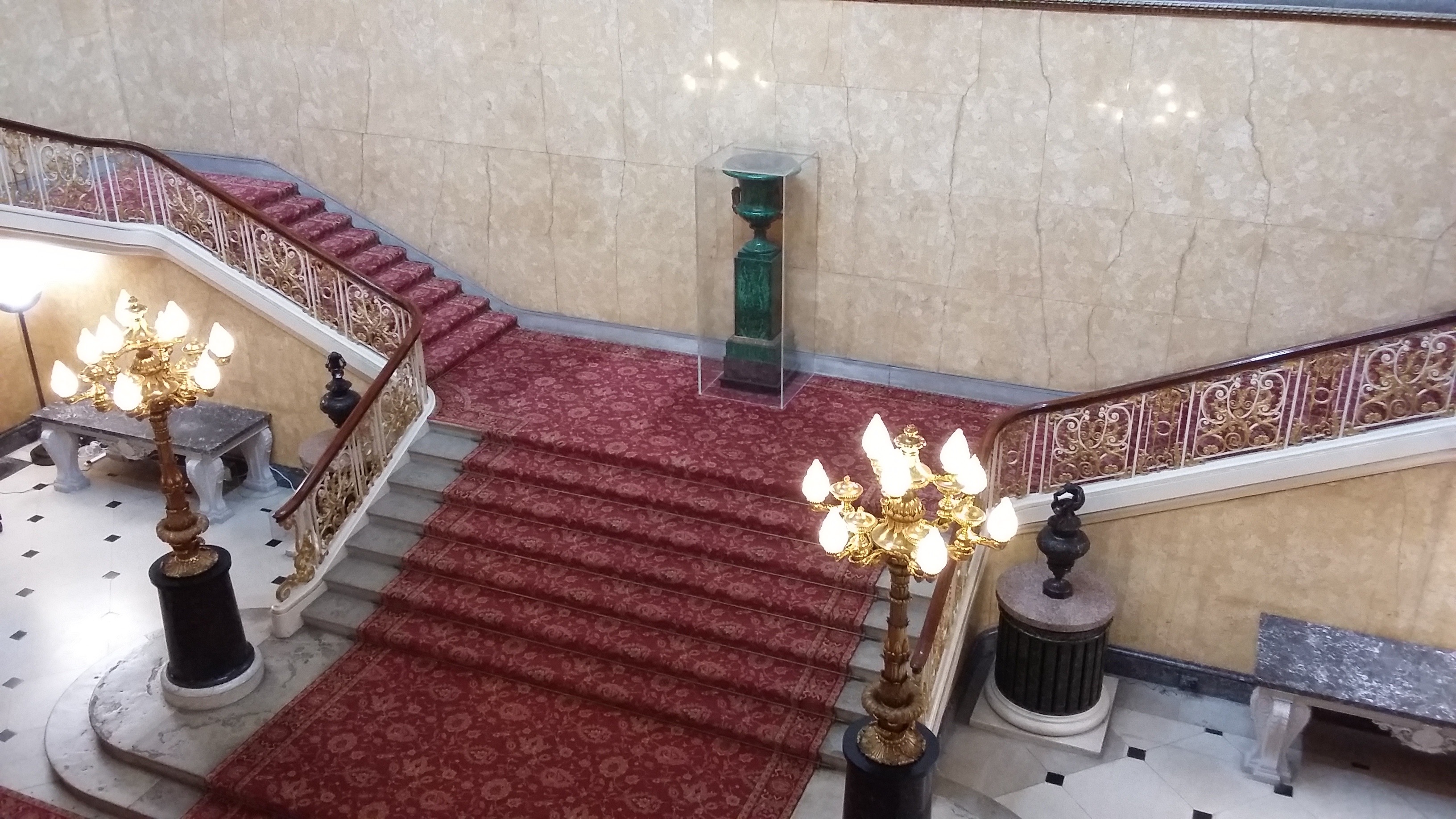 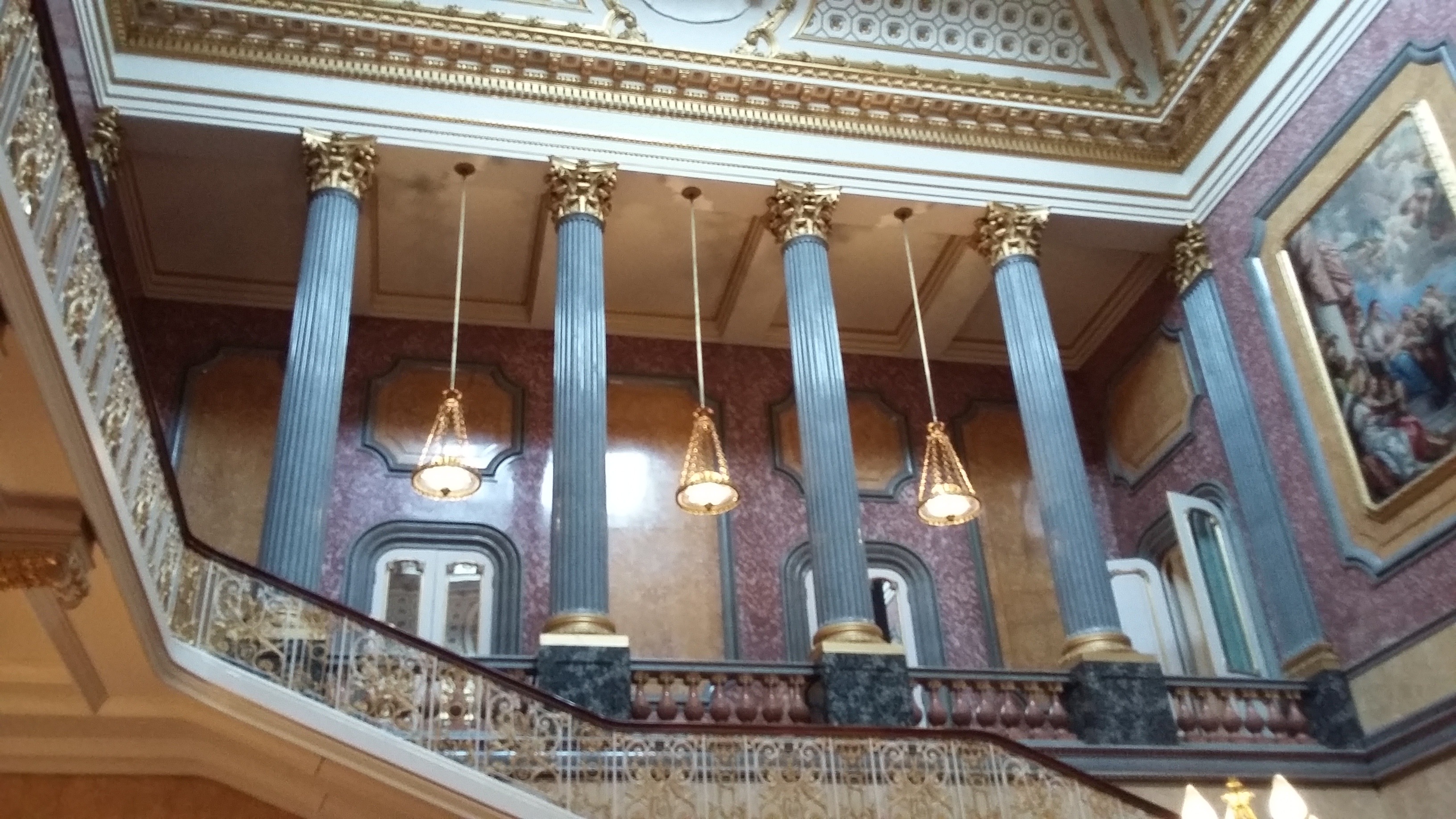 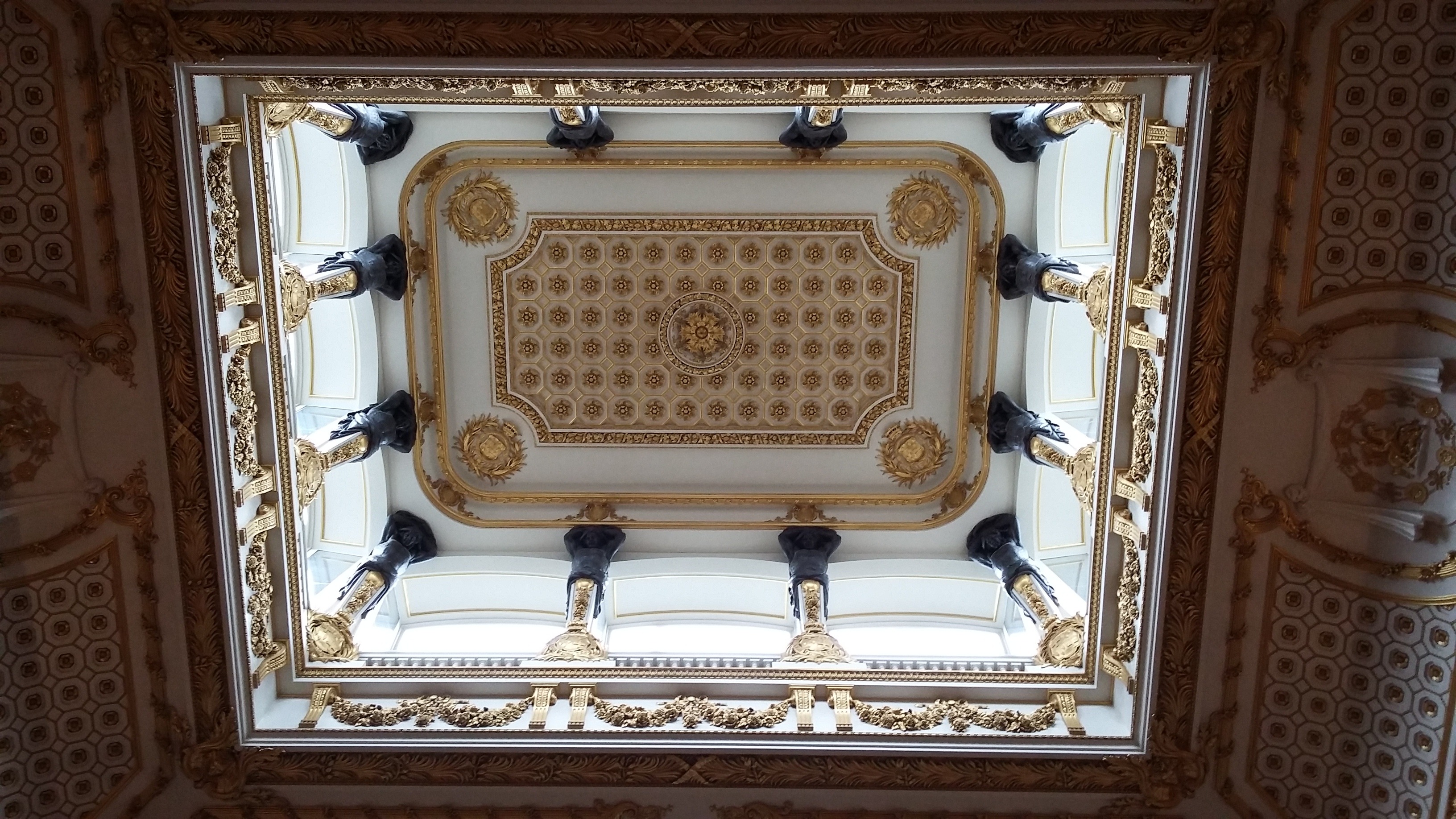 Touring Lancaster House was a fascinating experience, and I’m glad I got the chance to do so.