My jewellery brand for October is the UK-based

So far, my only purchase from this brand has been the special poppy brooch made to commemorate the 100th anniversary of the end of World War I. All profits are donated to the Royal British Legion. I purchased the small brooch, the picture below shows the large.

What first drew me to the brand was a cute cupcake brooch I spied.

I also love the range of Hollywood-inspired brooches: this one was inspired by Elizabeth Taylor.

This squirrel brooch is super cute.

The brand doesn’t only produce brooches: I adore this rose necklace.

Oh So Flamingo can be found at:

Yeah, sorry about that title. Anyway, after my enjoyable if exhausting walk following the route of the Fleet, I decided to walk the course of another London river and fellow Thames tributary – the Wandle. This river flows from Croydon to Wandsworth, and I began my walk, as this Londonist article suggests, in Morden.

The Wandle has in its time powered many working mills, despite its current appealing rural-lite setting. It has avoided the fate of becoming a covered sewer and instead is a haven for wildlife (although, with an exception of a few ducks and one perplexed-looking moorhen, I didn’t actually see any on my walk).

I got off at Morden Tube station and headed towards Morden Hall Park, across the Wetlands Boardwalk which is now, apparently, home to newts, frogs and herons. Beyond the park, across the tram line, I walked past Deen City Farm, a working urban farm which introduces young city kids to farm animals – an excited pair I passed on my walk were being taken there by their dad.

After a short walk taking in a housing estate I reconnected with the river as it flowed past Merton Abbey Mills.

Past Merton High Street, I ventured into Wandle Park, through which the river was diverted many years ago. Crossing the river I reached Wandle Meadow Nature Park, a former brickworks and sewage farm. This section of the walk was rather quiet and eerie, but I soon made it to the small River Graveney, passing numerous families out for a walk before reaching the Wandle once again.

I crossed Plough Lane, a busy road near the former Wimbledon Greyhound Stadium, and embarked upon a fairly long section of path on the left hand side of the river. I was surprised to see anglers fishing on its bank, while the electricity sub-station loomed in the background. After a while I reached Earlsfield, passing the familiar Tara Theatre before venturing towards King George’s Park.

Once I’d reached the other side of the park, I found myself in Wandsworth.

I walked through the busy town centre and past the old Ram Brewery buildings before reaching a sluice gate containing a bell, on which is inscribed ‘I AM RUNG BY THE TIDES’. Just a little further and I had reached the island in the middle of the river as it flows into the Thames.

I enjoyed my walk and it was a lovely day for it – clear and cool and crisp. I found the signposts and directions to be somewhat lacking, and had to open my trusty Google Maps at several points, but this may just be because I have a terrible sense of direction. In any case, I was pleased to feel as though I’d accomplished something.

I have no artistic ability whatsoever, but for some reason when my friend asked me if I fancied coming to a pottery class, I said yes. Despite being convinced that I couldn’t possibly create anything good, I turned up on Saturday morning ready to give it a go.

The class took place in Banbury, where my friend lives, at the Banbury campus of Banbury and Bicester College. It was pouring with rain when we arrived, so we were glad to get inside and check out the equipment.

We were shown how to create a basic bowl on the wheel, which was operated by a foot pedal. Our instructor made it look so easy – but of course it wasn’t. The first time I threw a lump of clay down onto the wheel, it didn’t stick hard enough, so when the wheel began to go around the clay flew off at speed.

Over the course of the next few hours – with a break for tea and cake kindly brought in by another course attendee – I produced a number of ‘interesting’ pieces. What I realised is that you might have a particular bowl shape in mind, but the resulting piece won’t necessarily resemble the picture in your mind. My first ‘successful’ piece looked more like a plant pot. I was able to paint this piece too, and chose a nice bright red for it (no patterns – I’m far too inartistic for that!). Sadly we only had time to paint one piece, but the natural clay is still a nice earthy colour.

I tried to make so many standard bowls, but they all collapsed, until finally – success! Towards the end of the session I decided to have a go at making some egg cups. Despite being a proper adult I still eat my boiled eggs out of shot glasses, so the thought of owning an actual egg cup was a pleasing one. I’m not convinced the first egg cup will be able to stand up on its own, but the second seems sturdier.

My creations will need to be fired in the kiln twice and then they will be ready for pickup. I had lots of fun in my pottery class and I would definitely recommend seeing if an FE college near you runs similar classes – it’s something different to do and you feel a real sense of achievement when you have created something. 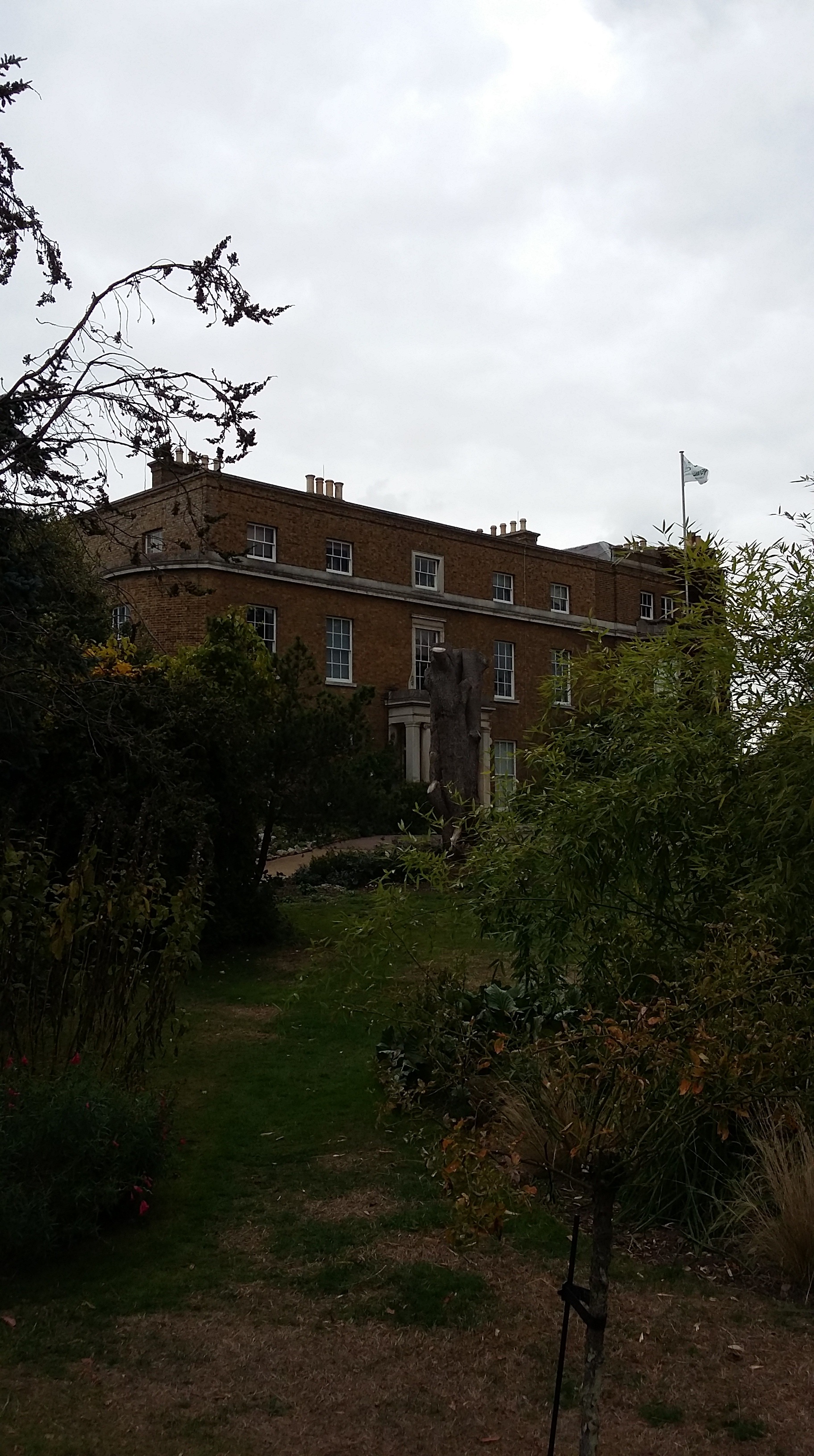 I went out to explore north London on Sunday and discovered a wonderful little gem in Enfield. Myddelton House Gardens cover eight acres and have been restored to reflect their fascinating origins as the work of Edward Augustus Bowles, a self-taught gardener, artist and botanist. 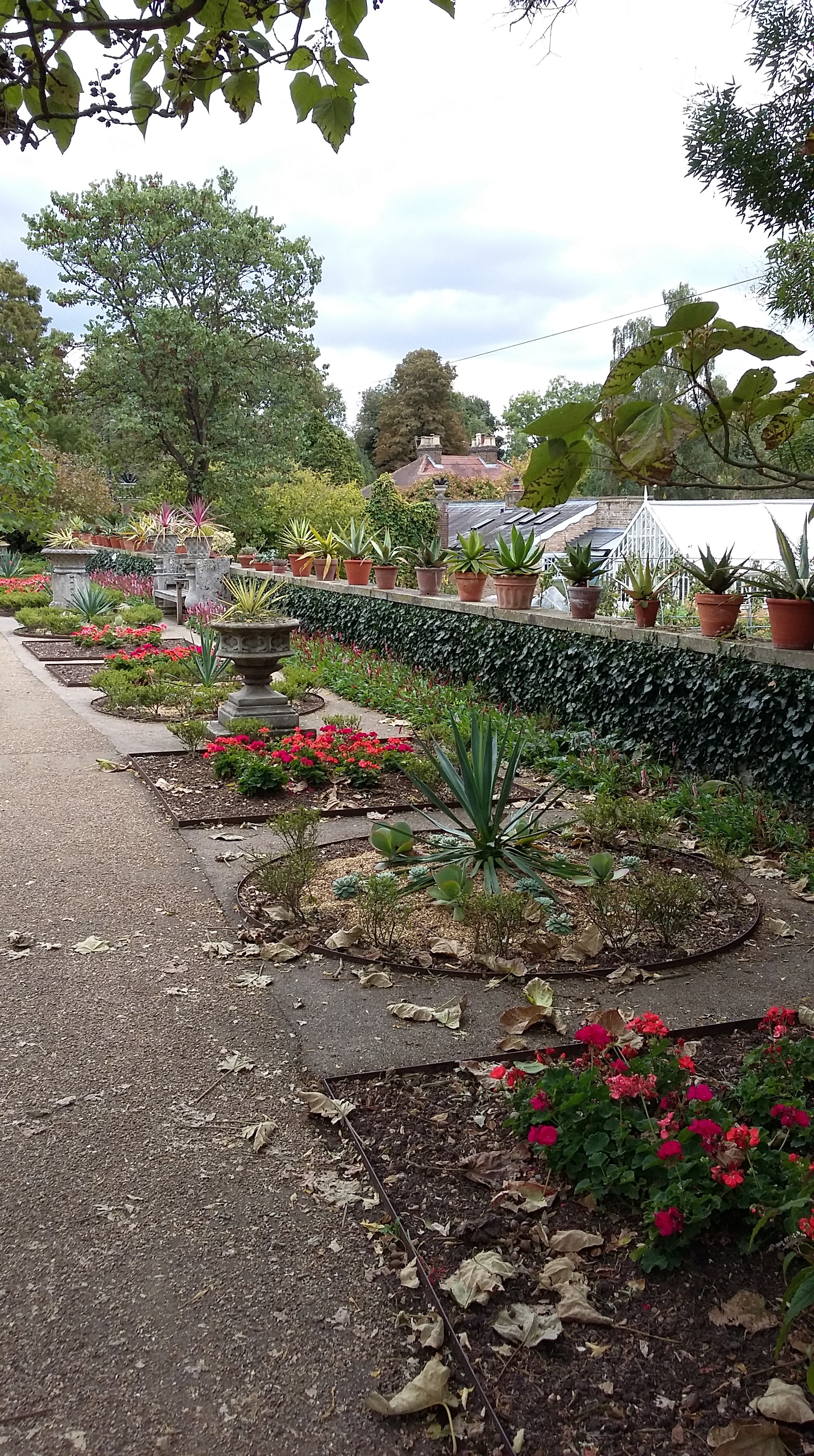 Myddelton House was built in around 1812 and named after Sir Hugh Myddelton, an engineering ‘genius’ who created the New River, which flowed through the grounds between 1613 and 1968. The Bowles family lived in the house for many years. Edward Augustus Bowles was born in 1865 and, apart from a few years away, lived in Myddelton House until his death in 1954. His work on the Gardens brought him fame, and his philanthropic actions made him a beloved local figure. 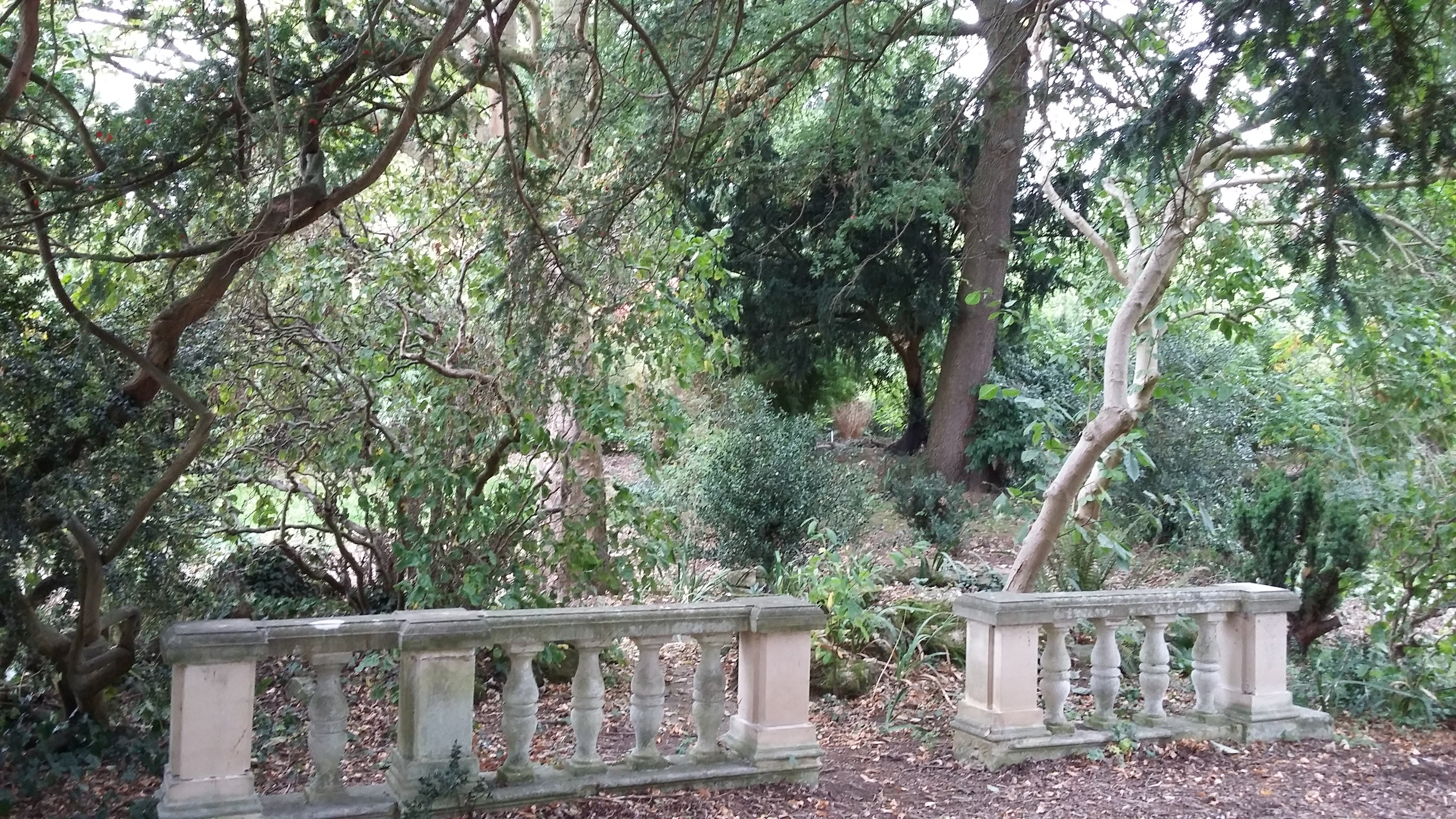 I reached the Gardens via Turkey Street Overground station followed by a short walk. There were a few other visitors around, but the place was pleasantly quiet. The house is beautiful, but not open to the public; a small museum recounts Bowles’ life and work, displaying some interesting artefacts. There is also a small cafe, which I spent some time in after exploring the Gardens. 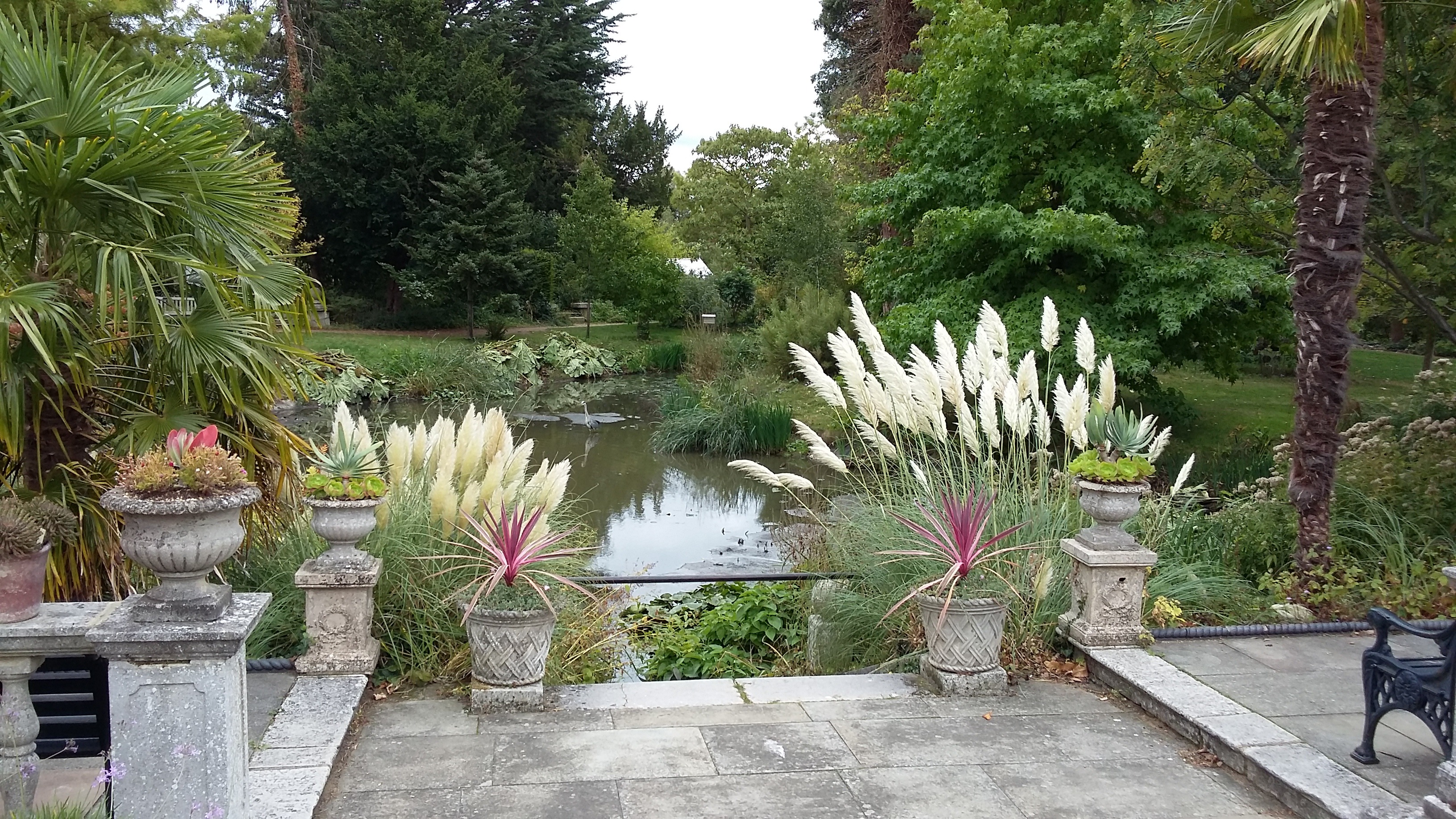 There is lots to see: ornate lawns give way to wildflower meadows, yew and pine trees can be seen, despite the lateness of the year crocuses flower sporadically. There is a ‘Tulip Lawn’, which I imagine is impressive in the summer, and the wisteria apparently flowers beautifully in May. One corner of the Gardens is dubbed the ‘Lunatic Asylum’ as it is dedicated to unusual plants. 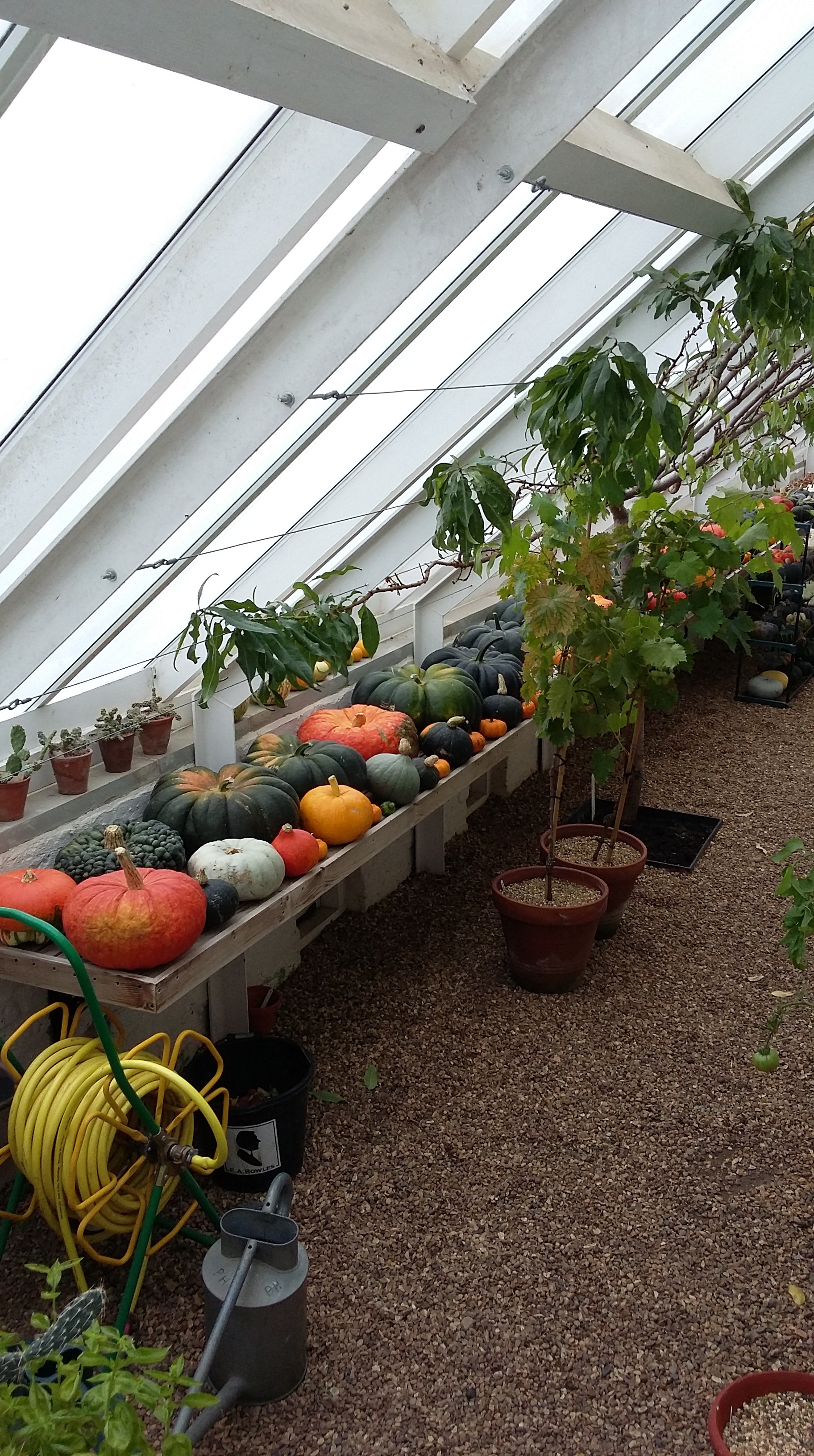 Bowles liked to collect random artefacts to decorate his gardens, including stones from London Bridge, pieces from the original St Paul’s Cathedral, and the Enfield Market Cross. There are some beautiful Victorian glasshouses which are still used to grow fruit and vegetables.

I was very impressed by the Gardens and I imagine they are even more beautiful in the spring and summer. I would like to go back, and I’d recommend them to anyone in the local area.