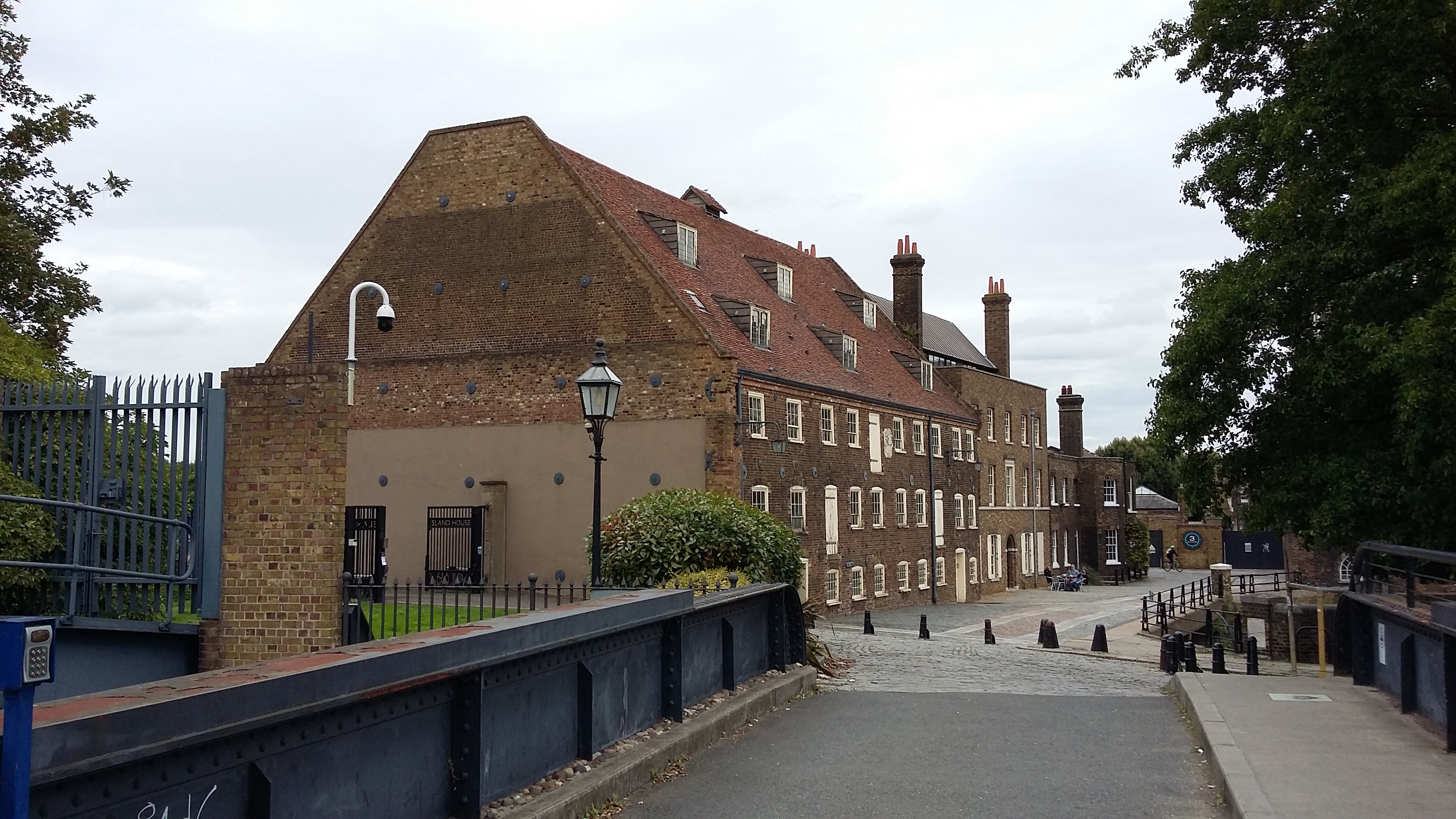 As part of the annual Heritage Open Days, I headed to the House Mill, somewhere I’ve been meaning to visit for a while. The Mill has a rich history and I was able to enjoy a fascinating guided tour. 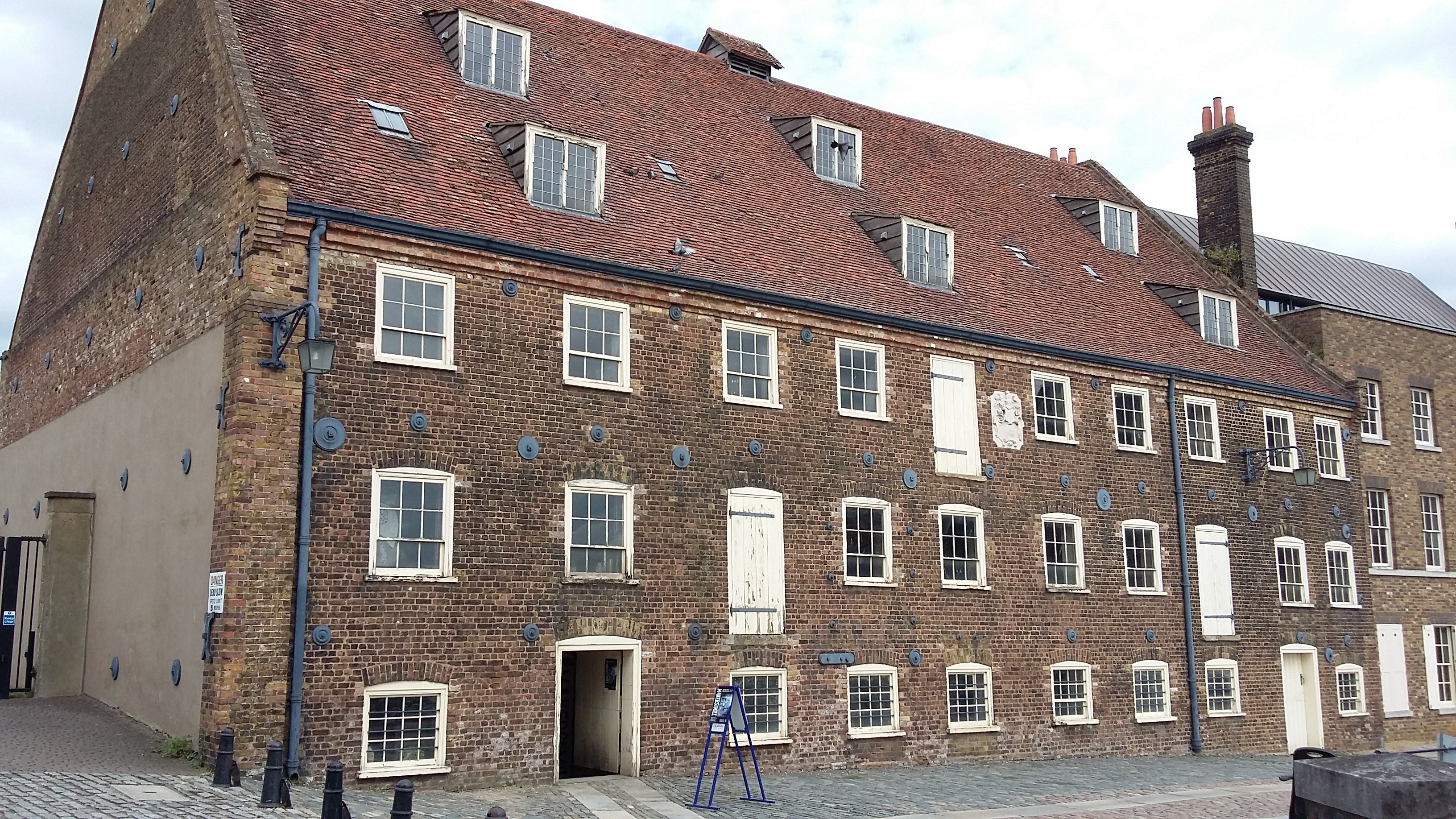 The House Mill is an important but little-known Grade I listed building on the River Lea in Bromley-by-Bow, part of the Three Mills complex. The original tidal mills here date back to the Domesday book of 1086, and the present structure of the House Mill was built in 1776 by Daniel Bisson (after a fire in 1802 it was quickly rebuilt). It is the world’s largest tidal mill, with four water wheels, and was used to mill grain for gin distilleries. 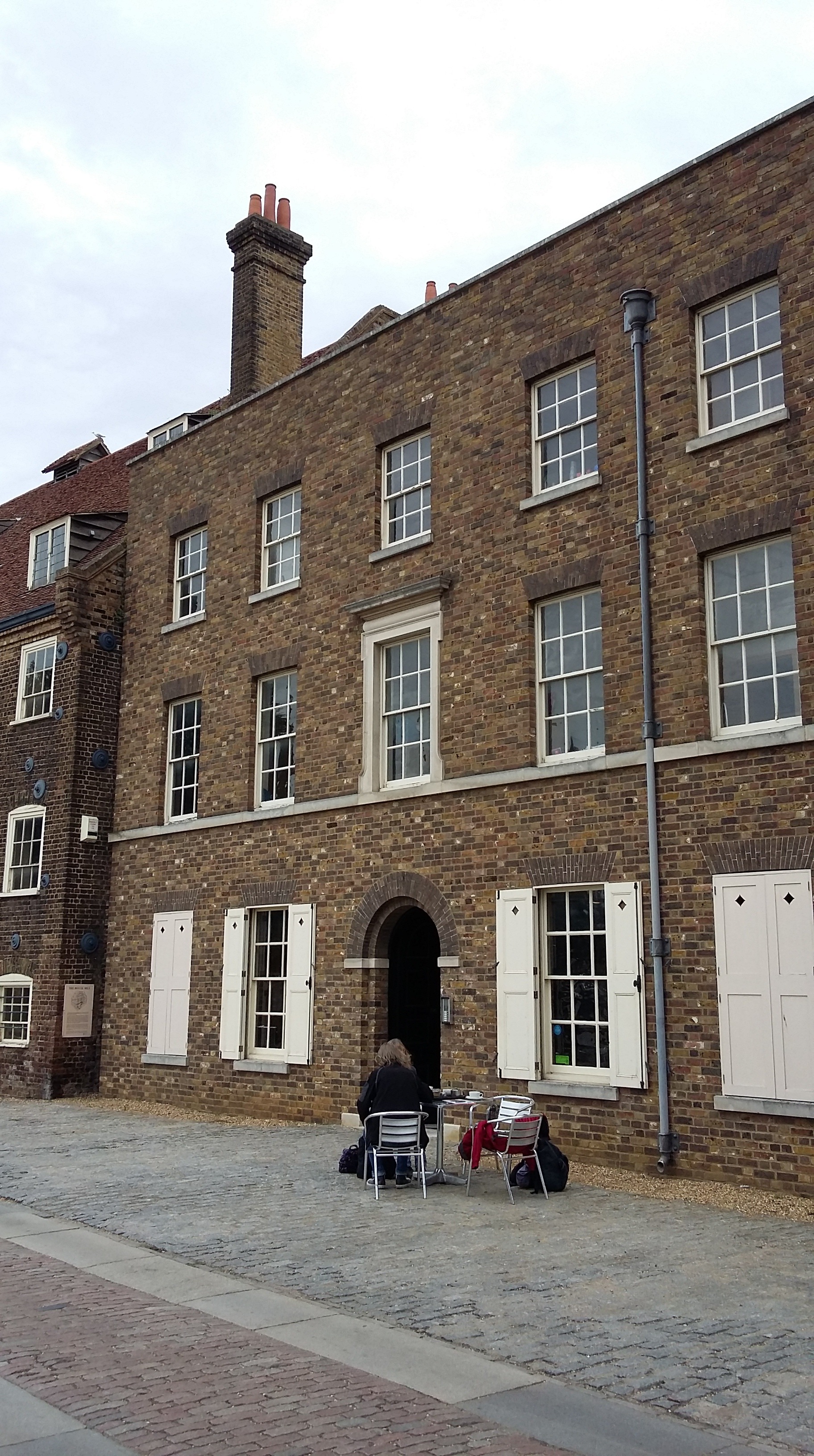 In 1989 work began to restore the House Mill site, which included the rebuilding of the Miller’s House, which had been demolished in the late 1950s after wartime damage. The façade of the house was rebuilt to the 1763 design, and used original eighteenth-century bricks.

I turned up in plenty of time for my tour, and we were taken into the mill by our guide. The building which is now the entrance area and cafe originally used to be the house, which is why there are fireplaces on this side, but not in the mill itself. It was very important not to risk fire with so much grain and wood around, and in fact there was actually a fire in 1802. 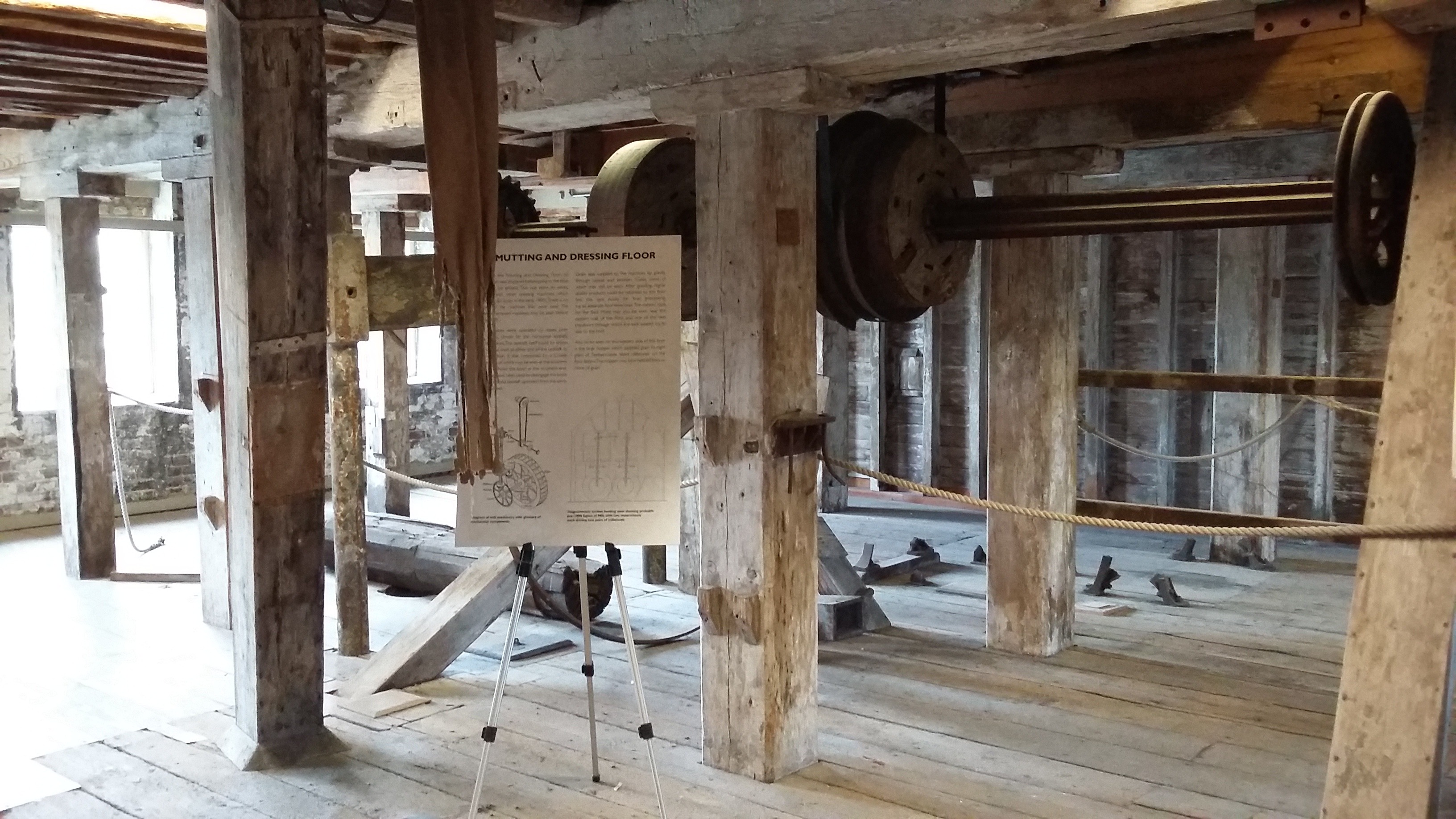 We started at the top of the building, where bags of grain were winched up to begin their journey. The natural pressure of the grain pushed it down chutes to the next floor down, where it was ground down. Eighteenth-century machinery sits alongside nineteenth-century examples so it’s possible to see the difference in process. 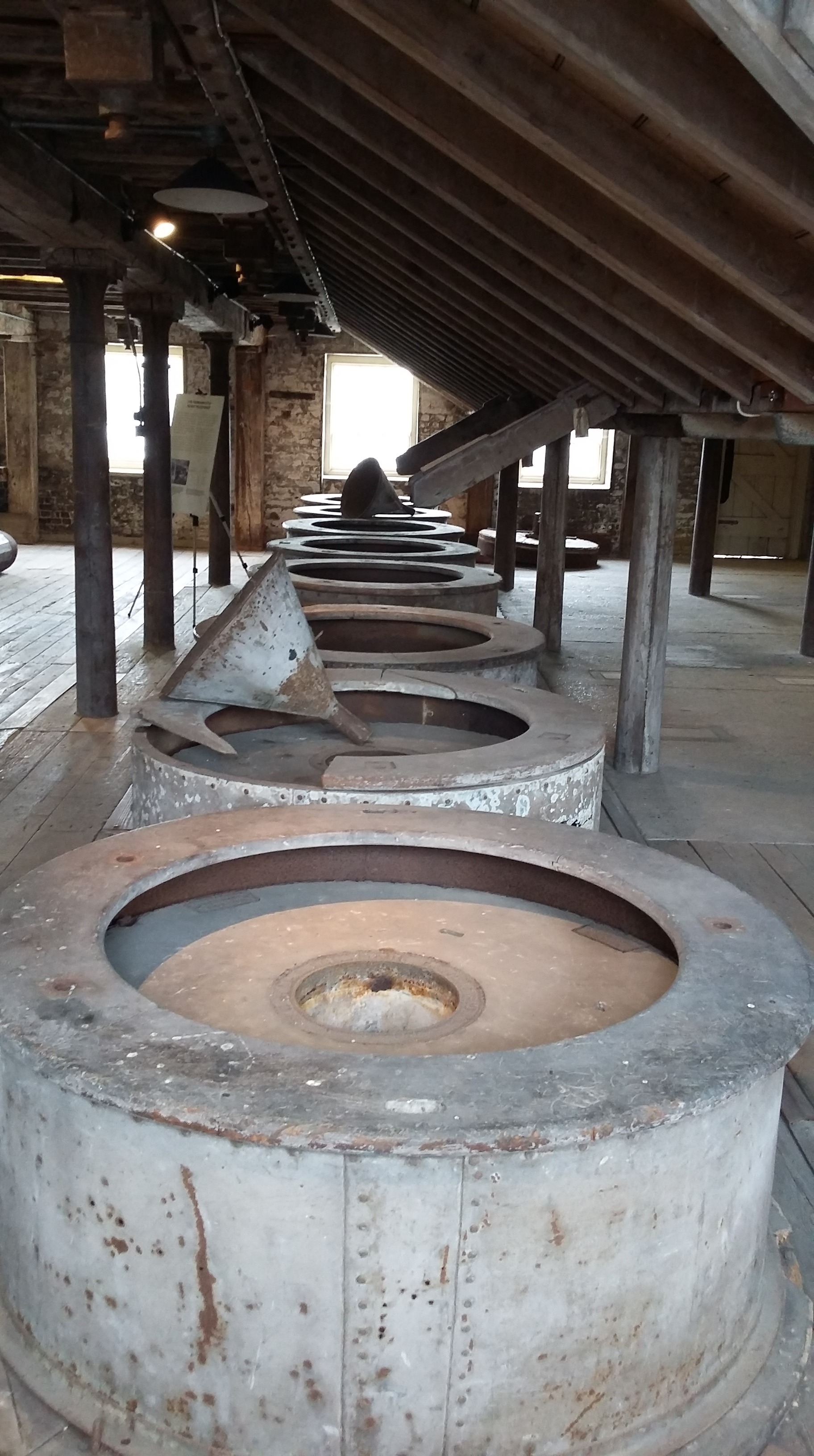 At the bottom of the building, we saw the original wheels used in the tidal mill, sadly falling into ruin now. The mill, as well as all other mills on this site, worked when the tide went out, so that they would all share in its power. Here it’s also possible to see the doors through which carts would drop off their sacks of grain, and the ropes that would take them up to the top of the building. 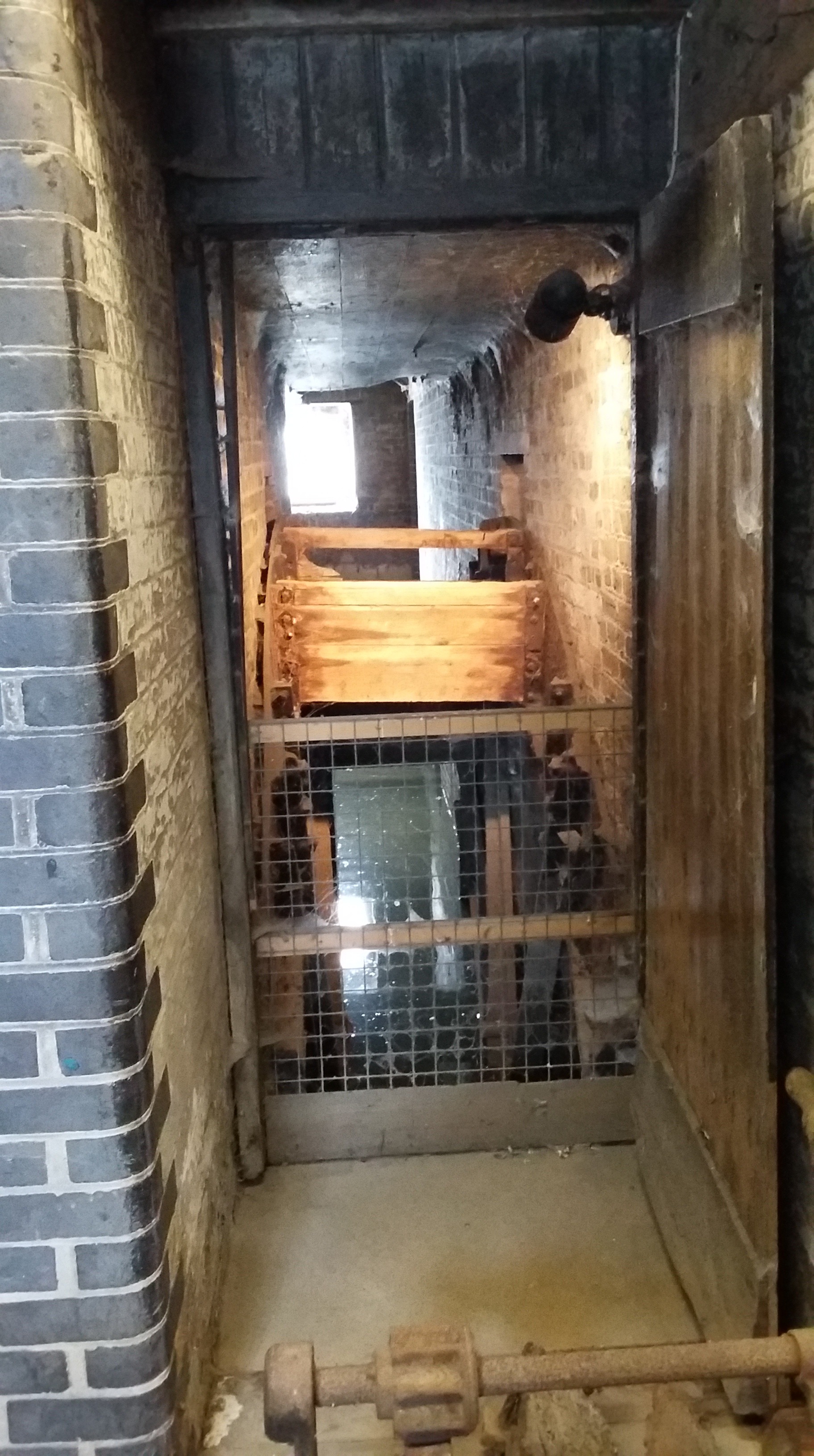 The people who work at the House Mill are trying to raise money to restore the mill, starting with the wheels. If you happen to have a spare £500,000, do send it their way! 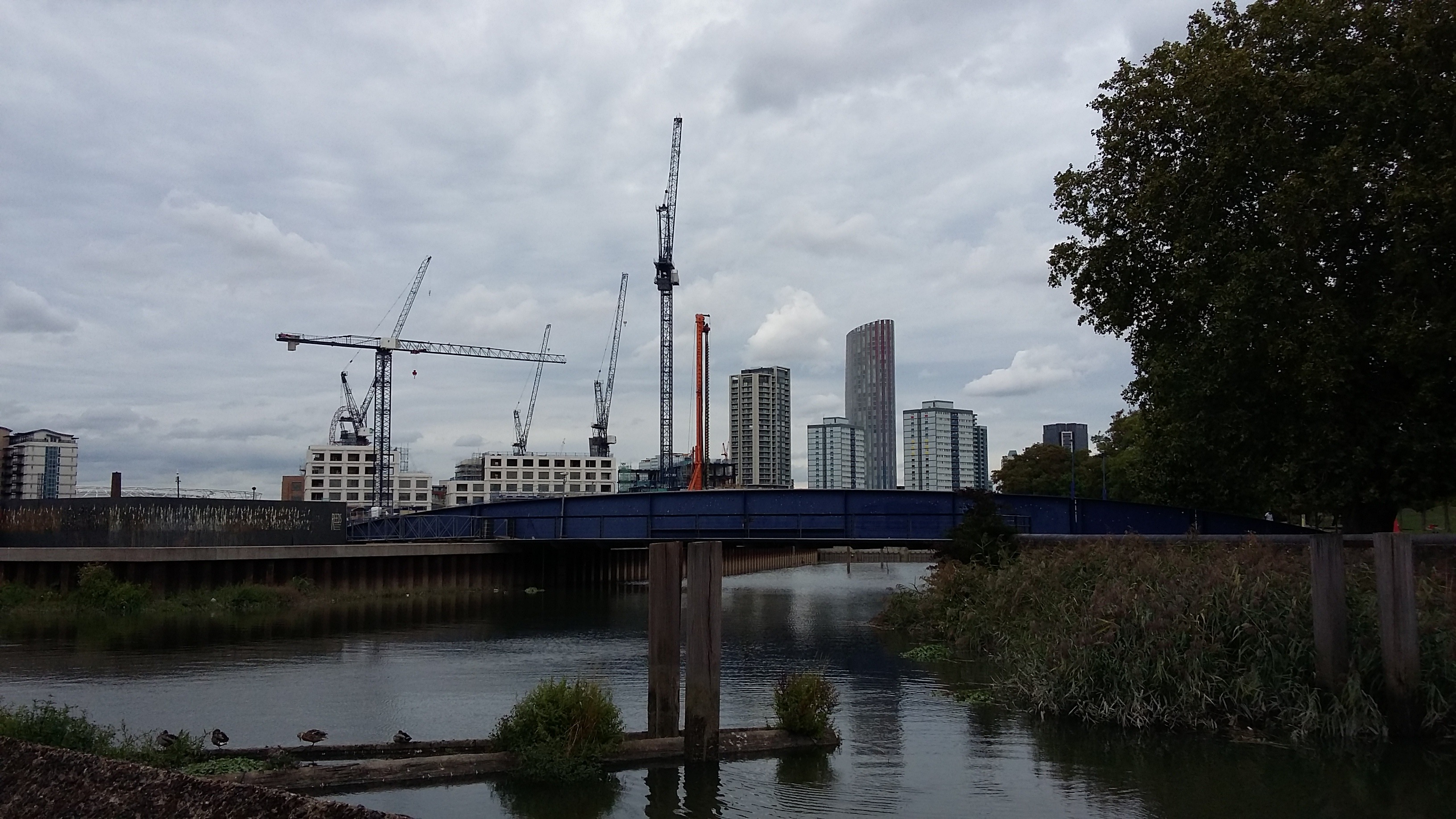 Opening Hours: Guided tours of the mill take place every Sunday from May to October (11am-4pm) and on the first Sundays in March, April and December (11am-3.15pm)