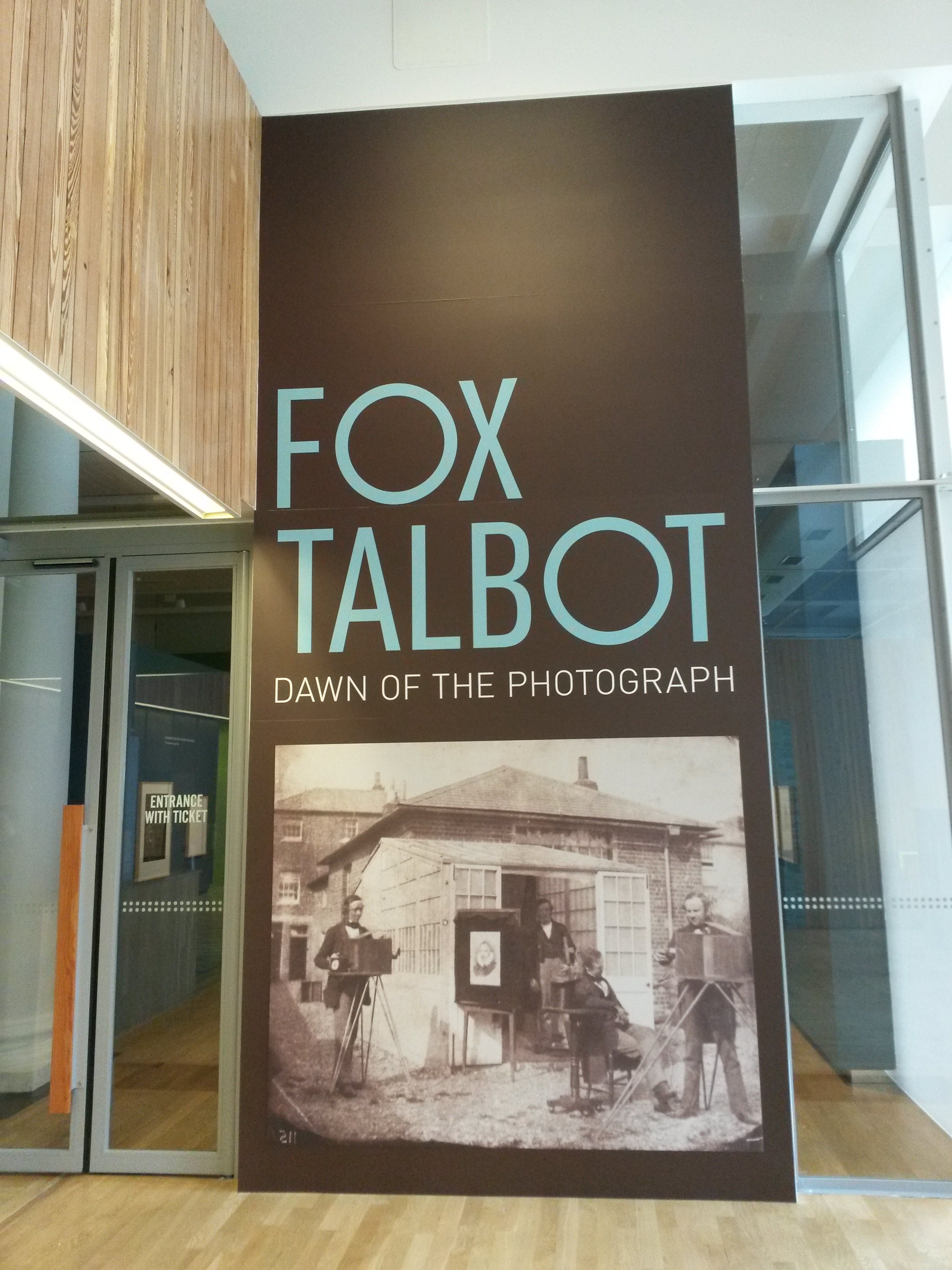 I visited the exhibition Fox Talbot: Dawn of the Photograph, held at the Science Museum. Often called the “father of the photograph”, William Henry Fox Talbot pioneered the negative-positive process, a technique that formed the basis of photography around the world for over 150 years. The exhibition contains many photographs taken by him, as well as by those whom he inspired. Many of Talbot’s photos feature his home, Lacock Abbey, in Wiltshire. Though the subjects are often mundane: a door, a tree, a broom leaning against the wall – they are exciting because they are among the first photographic representations of such things.

The exhibition did take a fairly scientific slant (unsurprisingly, it’s the Science Museum after all), which went over my head at times. However, there were snippets of fascinating information, too. In France, another photographic pioneer, Hippolyte Bayard, was so annoyed that his contemporary Louis Daguerre seemed to be getting all the credit that he created a photograph of himself as a drowned man with a suicide note on the back. Pretty dramatic. Ultimately, it was the pictures that were the fascinating things for me.

The exhibition runs until 11 September, so there’s still time to catch it.