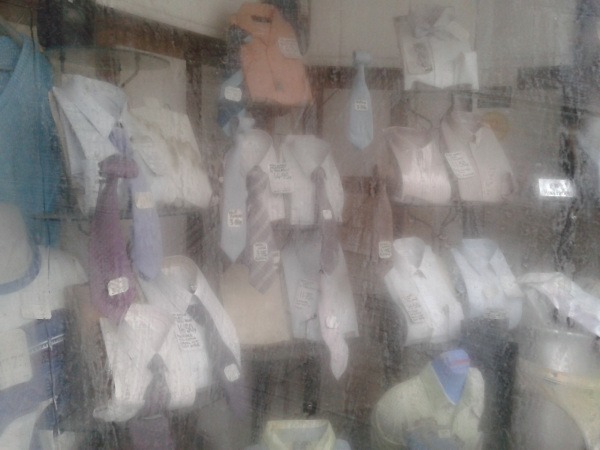 The New Year only began a fortnight ago but already I’ve been keeping up with my exploration of the Tube. Last week I travelled on the eastbound Piccadilly Line and ticked off a few stations. I didn’t quite make it to the end as I had to go back into central London to meet a friend*, but I did manage about four stations and also took a detour to take a look at the window of George Moore Menswear at 99 Myddleton Road, near Bounds Green station. I read about the store in this blog post by Peter Berthoud: this is no ordinary window display. Established during World War II, the business was run first by George and then by his son Brian. When Brian retired, he left the window display as it was on the last day of trading. The items in the window – from shirts and jumpers to underpants and socks – are slowly decaying. I took some pictures, but sadly the window was rather dirty so they didn’t come out very well. 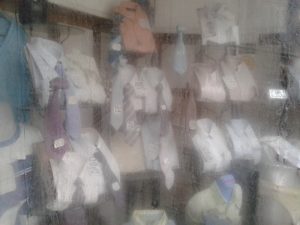 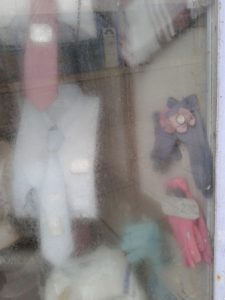 On Saturday, I set off to finish what I’d started, sitting on the train all the way to where it terminated at Cockfosters.

Out here, it hardly seems as though you’re in London at all. There is a nice park close by, which I walked around for a little bit. I then rode one stop to Oakwood, from where I took the bus to Enfield town centre and from there to Forty Hall. This recently restored seventeenth-century house was home to Sir Nicholas Rainton, a former Mayor of London, and is free to visit. I wandered round for a little while and spent some time looking out onto the lake. 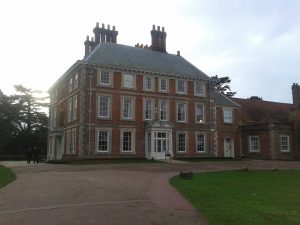 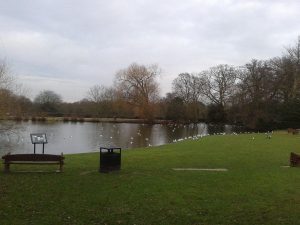 After taking the bus back to Enfield, I spent some time looking round the shops. There are several decent shops here and I was particularly impressed with the Waitrose, which had a huge alcohol display right across the glass wall.

Afterwards I got on another bus, which took me to Turnpike Lane – another station crossed off the list.

* We went to see Great Expectations at the new Leicester Square Odeon Studio, as we had free cinema tickets thanks to O2. I’m not a huge fan of Charles Dickens, but I enjoyed the film, which was well-acted particularly by Helena Bonham-Carter and Ralph Fiennes.