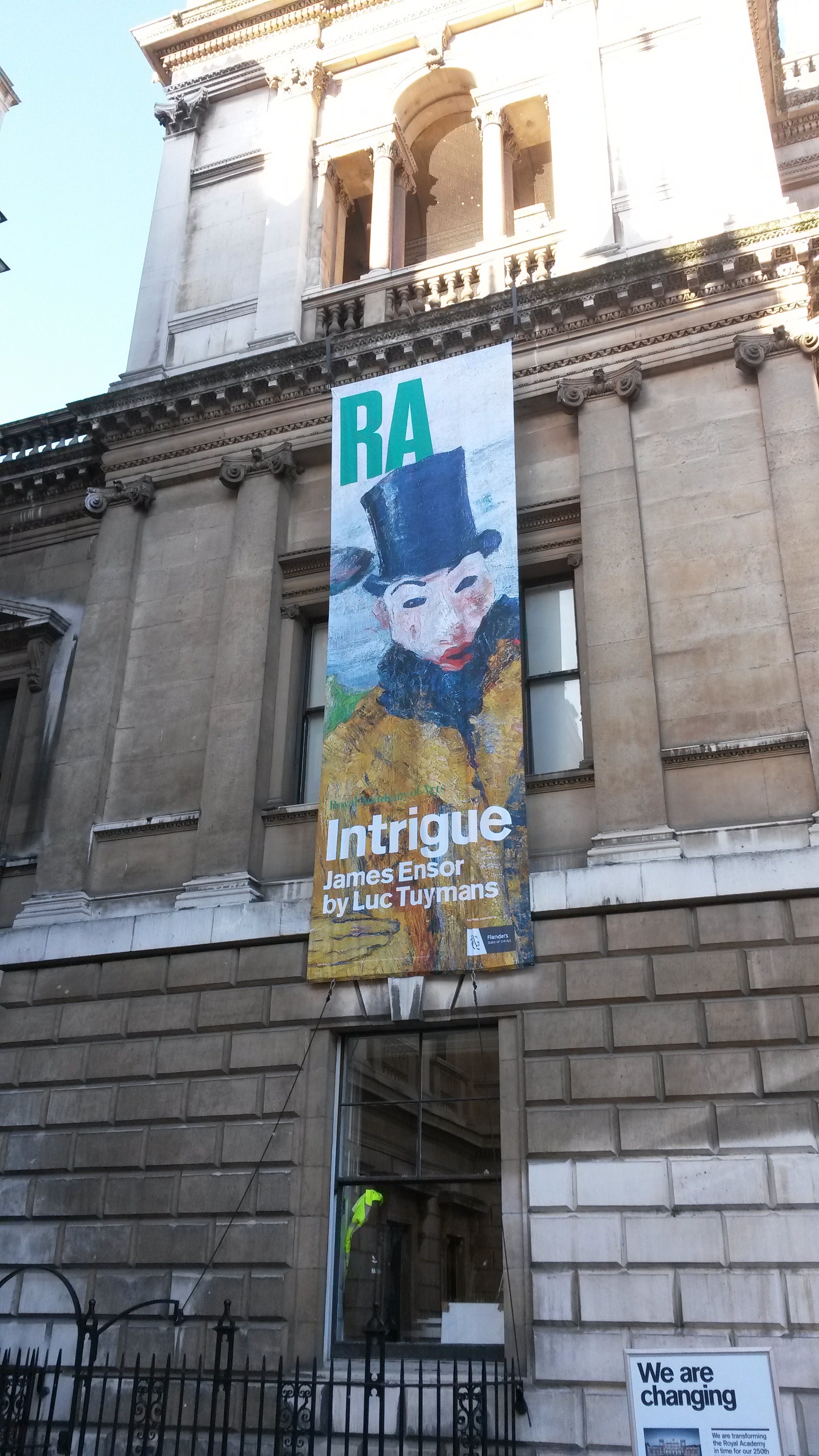 What attracted me to Intrigue: James Ensor by Luc Tymans was the promotional picture of one of James Ensor’s paintings: a pair of skeletons fighting over a fish, pulling it apart in a kind of grotesque tug of war. Ensor, who lived his whole life in Ostend, Belgium, specialised in this kind of bizarre picture. This exhibition at the Royal Academy of Arts has been curated by artist Luc Tymans.

Perhaps surprisingly, the pictures were largely painted in the late nineteenth and very early twentieth centuries, because their macabre imagery seems from a later time. There is a proliferation of skeletons: fighting over fish, huddling by a heater to keep warm, inspecting chinoserie. Ensor painted himself as a skeleton on more than one occasion. If I hadn’t known better I would have thought that the artist was from Mexico, there were so many skeletons.

So many pictures seem to show a fallen barrier between this world and the next, with subjects including angels and masked revellers, and many have a black sense of humour. I especially liked the bad doctors and the dangerous chefs, with horrific but blackly comic imagery.

A self-portrait of the artist shows him wearing a traditionally feminine bonnet and a perfectly calm expression. Ensor was obviously someone who didn’t care what people thought of him and was happy to go his own way, in life as well as art.