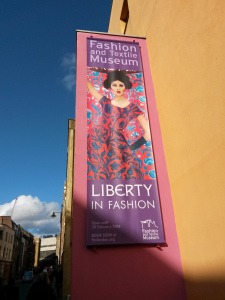 I love Liberty prints, so I was obviously going to find the time to visit the Fashion & Textile Museum‘s most recent exhibition, Liberty in Fashion. The exhibition marks 140 years since the company was founded by Arthur Lasenby Liberty, originally a warehouse supplying goods from the Far East which grew to become one of the most distinctive British companies in history, and which is still going strong today. 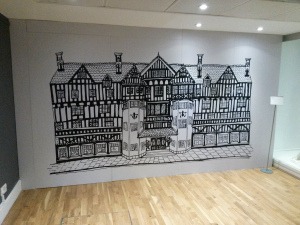 Arthur Liberty aimed to create new fashion, and his work became so distinctive that softly draping silk was known in France as soie Liberty and the entire Art Nouveau movement was known in Italy as Stile Liberty. He ensured distinction and high quality by establishing Liberty “Art Colours” and producing fabric in Great Britain. His original “Arthur Liberty’s Oriental Bazaar” sold imported silks from the Far East, as well as other items such as fans, china and enamel wares. It later branched out to source fabrics from other locations, and began to establish original collections, including garments such as dressing gowns and wraps, inspired by the kimono. Liberty’s original business was established on Regent Street: it wasn’t until 1925 that the now-famous Tudor Building was opened. 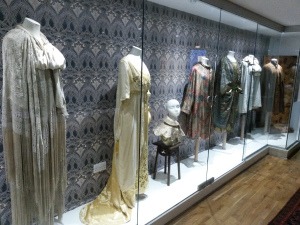 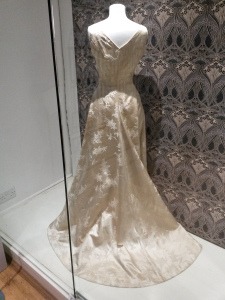 Liberty influenced, and was influenced by, the Aesthetic movement which aimed to free women from restrictive corsets and promote a more romantic, flowing way of dressing. The name “Liberty” seems particularly apt for this kind of style! The company also focused on reviving traditional skills including smocking (common on the clothes of agricultural labourers in the eighteenth and nineteenth centuries), which allowed for free-flowing, comfortable and stylish garments. 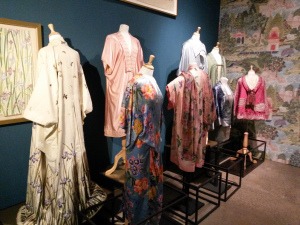 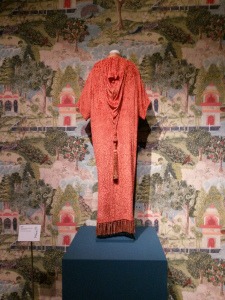 As the twentieth century developed, Liberty began to produce delicate floral prints which even today are seen as the hallmark of the brand. Prints on a darker background during the 1920s gave way to softer, more romantic, lighter prints in the 1930s. The Art Nouveau revival in the 1950s allowed Liberty to innovate, establishing the Liberty Design Studio, as well as reviving their original designs. 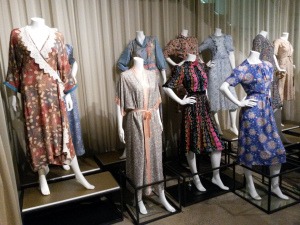 In the 1960s, Liberty fabrics provided the basis for many original designs by fresh new designers including Mary Quant and Marion Donaldson. By the 1970s, a new nostalgia had surfaced, and Liberty prints, which suited the period perfectly, were common in clothes of the period, including the archetypal maxi dresses. 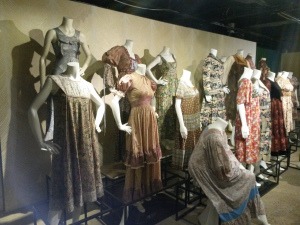 From the 1990s onwards, Liberty began to collaborate with other brands, with fascinating results. Today, Vivienne Westwood, Anna Sui and Dr Marten are just some of the brands whose collaborations have proved popular. 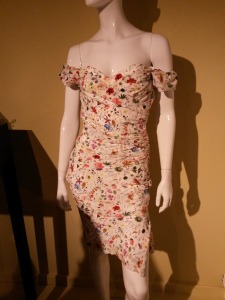 As a lover of the Liberty aesthetic I thoroughly enjoyed this exhibition, and as a history fan I enjoyed learning about the company’s past. This is an excellent exhibition for anyone interested in how Liberty evolved.