This exhibition at the British Museum intrigued me: I’d never heard of the Scythians, but I’ve always been interested in Siberia. Scythians: Warriors of Ancient Siberia is a co-exhibition with the Hermitage Museum, St Petersburg, and many of the artefacts in the exhibition are on loan from that museum. 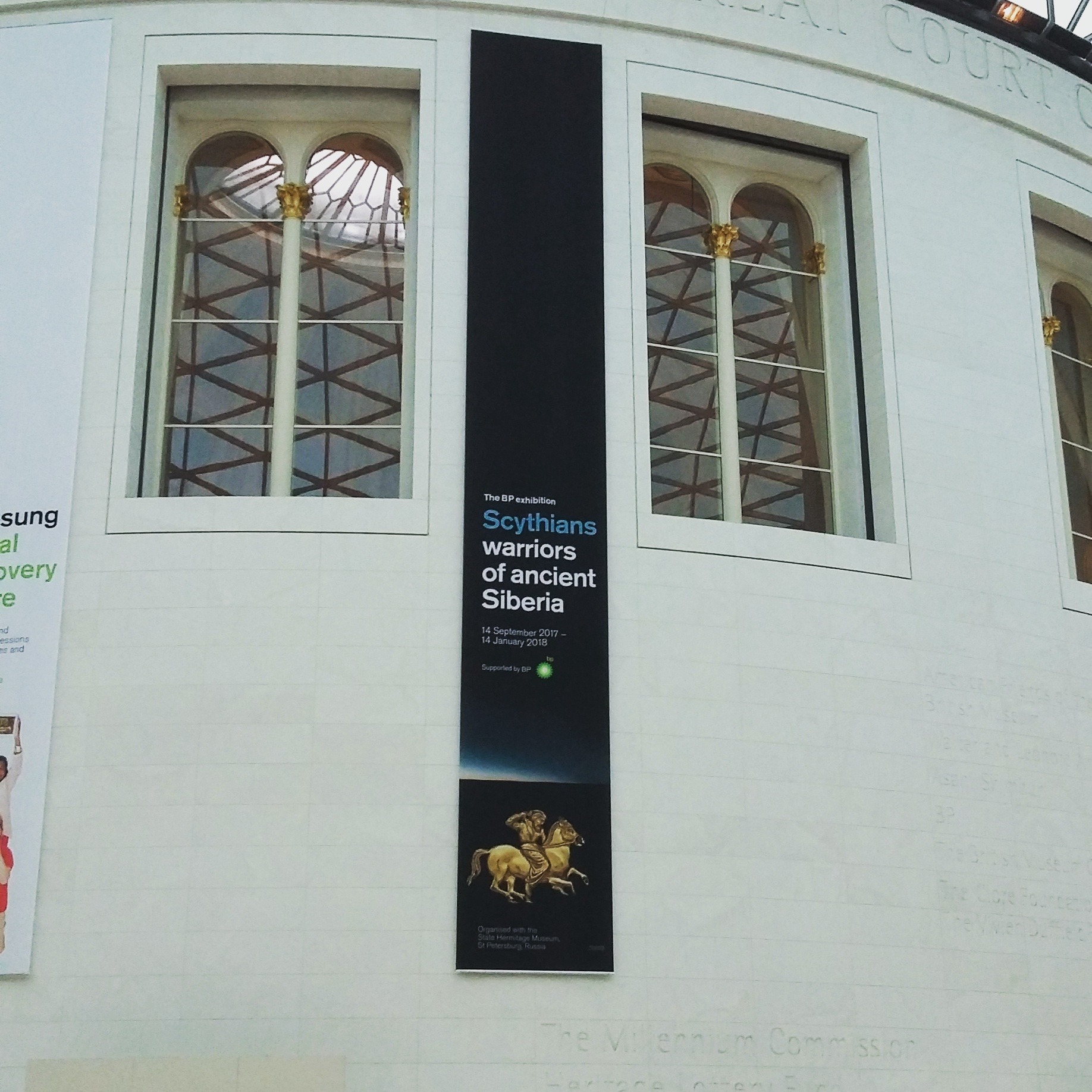 The Scythians were a nomadic group of tribes who endured for about 600 years, around 600BC, herding cattle and goats on the steppe, and the exhibition sheds light on their lives and culture. There is an abundance of beautiful jewellery, including belt buckles and neck ornaments depicting scenes mixing real animals with mythical ones which, experts have theorised, point to their religion and culture. Their warrior culture is alluded to by the prevalence of helmets and head ornaments, hugely elaborate and detailed. The Scythians spanned southern Siberia from west to east and evidence suggests they had contact with other groups from Africa, Europe and China. For several centuries, the only record of the Scythians came from the writings of Herodotus, who travelled in the area around 440BC. Many of these artefacts were later dug up by archaeologists sponsored by Peter the Great, who ordered them to be sent to St Petersburg for his new museum. As a result, they are well organised and well-catalogued, and some of the original eighteenth-century drawings of the ornaments are on display beside the originals. On the walls of the exhibition are quotations from contemporaries, including Herodotus, about the Scythians: their fearsomeness in battle, their wild drinking. As the Scythians themselves did not have a written culture, these ornaments and other excavated artefacts take on an even greater significance.

What really took my breath away were the wonderfully preserved things that by rights should have disintegrated long ago, saved by their preservation in Siberia’s permafrost. These include fleeces, squirrel fur coats, even a pair of boots, as well as the tattooed skin of a Scythian warrior on which the marks still show up clearly. A giant coffin, constructed of wood, looks as though it was built yesterday, and one bag, containing food to accompany a deceased chief to the afterlife, has yielded lumps of preserved cheese. 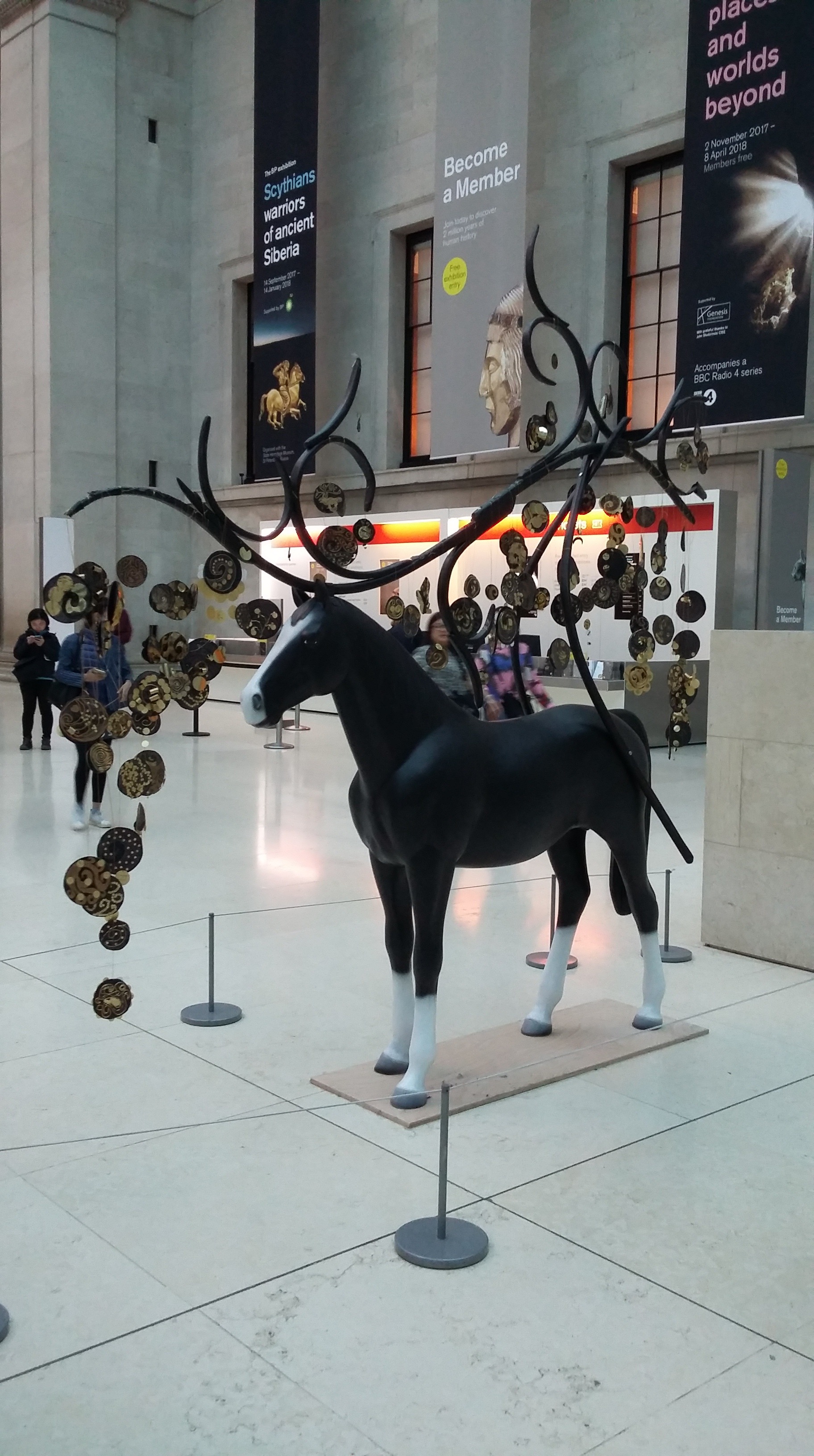 Most of the artefacts on display are from wealthier people, which is not surprising since these are more likely to have been preserved. However, there are some objects relating to more ordinary Scythians, including weapons, ornaments and cooking equipment. Several preserved heads have been found, enabling scientists to try and reconstruct the face of a Scythian.

What could have been another run-of-the-mill exhibition about an ancient people is brought to vivid life by the beauty of the incredibly well-preserved objects on display. I was fascinated by it and loved learning more about this ancient society.