The National Portrait Gallery‘s current exhibition is Elizabeth I And Her People, which explores Elizabeth’s reign alongside the lives of other important people of the late Tudor age. The exhibition uses portraits to explore how explorers, artists, soldiers, writers and merchants portrayed themselves and displayed their wealth and achievements.

I am fairly familiar with this period, having studied history at sixth form and university, and I thought the exhibition did a great job of looking at the sixteenth century and the kind of people who inhabited it, particularly the growing middle classes. 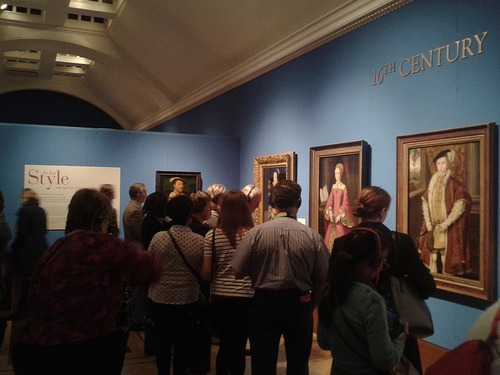 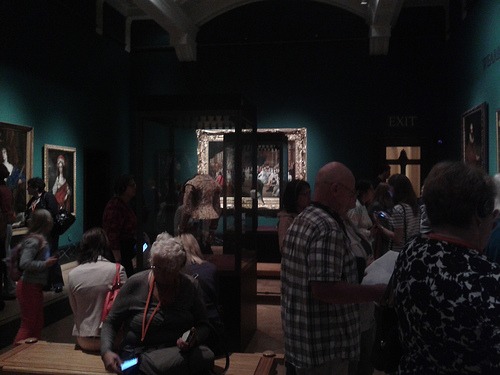 At the weekend I visited Eastbury Manor House in Upney, east London. I’m a National Trust member so I get in for free, but an adult ticket is only £4 for non-members. There isn’t loads to see in the house, but there is some beautiful architecture and it’s fascinating to imagine how people lived in it years ago. The house is open Mondays to Thursdays in the summer months, as well as the first and second Saturday of the month.

Built during the reign of Elizabeth I, completed by around 1573, Eastbury Manor House was originally situated in rural parkland but is now in the middle of a housing estate. The original owner was Clement Sysley, and over the years the house has changed hands several times. Though some of the rooms have been adapted or changed, the essential structure of the house has remained more or less the same.

In the first room, an original fireplace has been complemented with a brightly coloured modern painting. This room is often used for weddings.

I love the ornately carved wood which is a hallmark of the Tudor style.

One room used to be decorated on all four walls with a beautiful mural, the remains of which are still visible.

The attic was used by the family for exercise. Today it contains information boards and clothes for dressing up!