I’ve spent a lot of time at the Old Royal Naval College in Greenwich over the last couple of years or so, taking tours, exploring and learning more about the area. I was excited to sign up for the Unlocked tour, which promised to showcase even more of the complex. 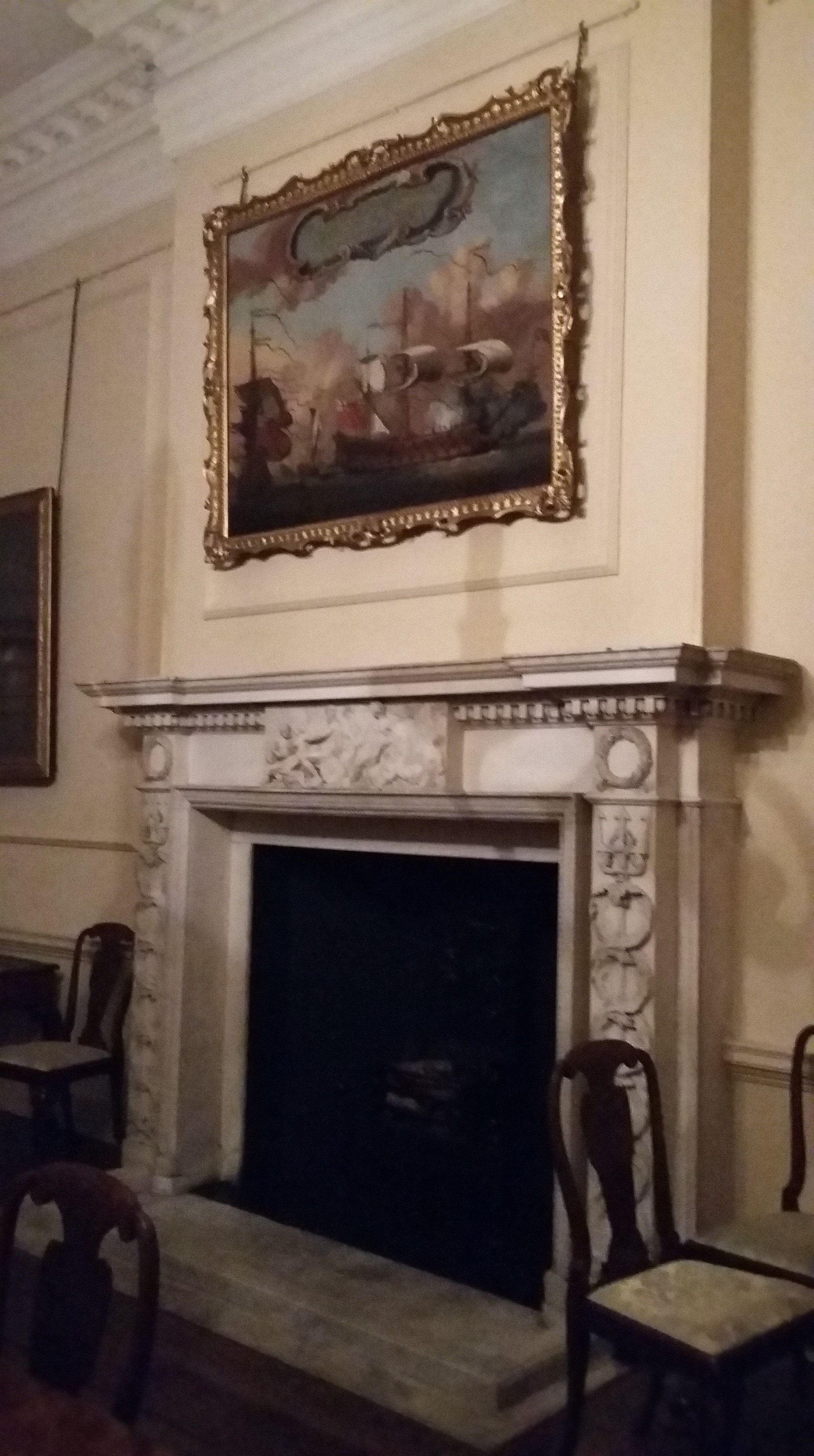 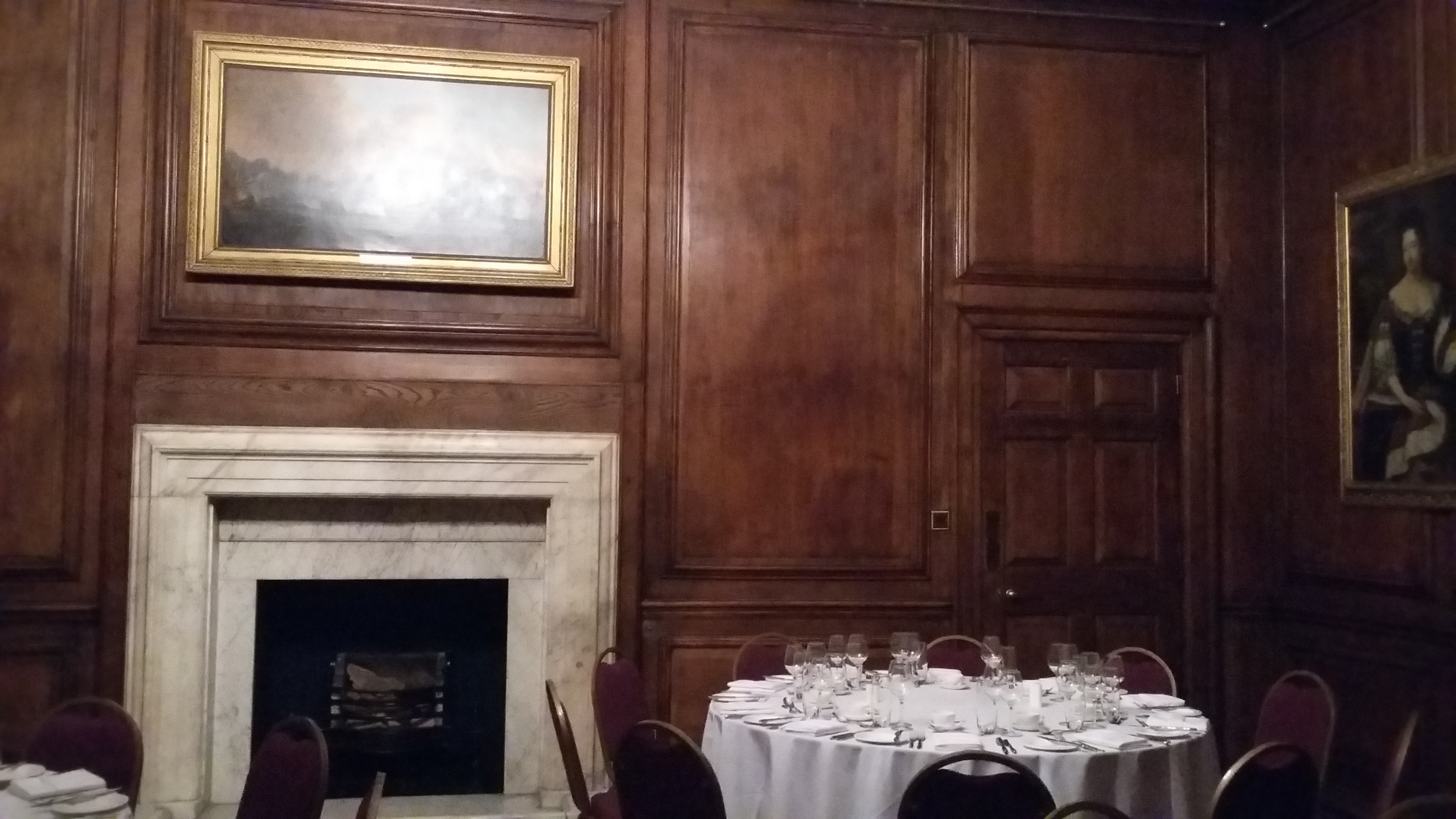 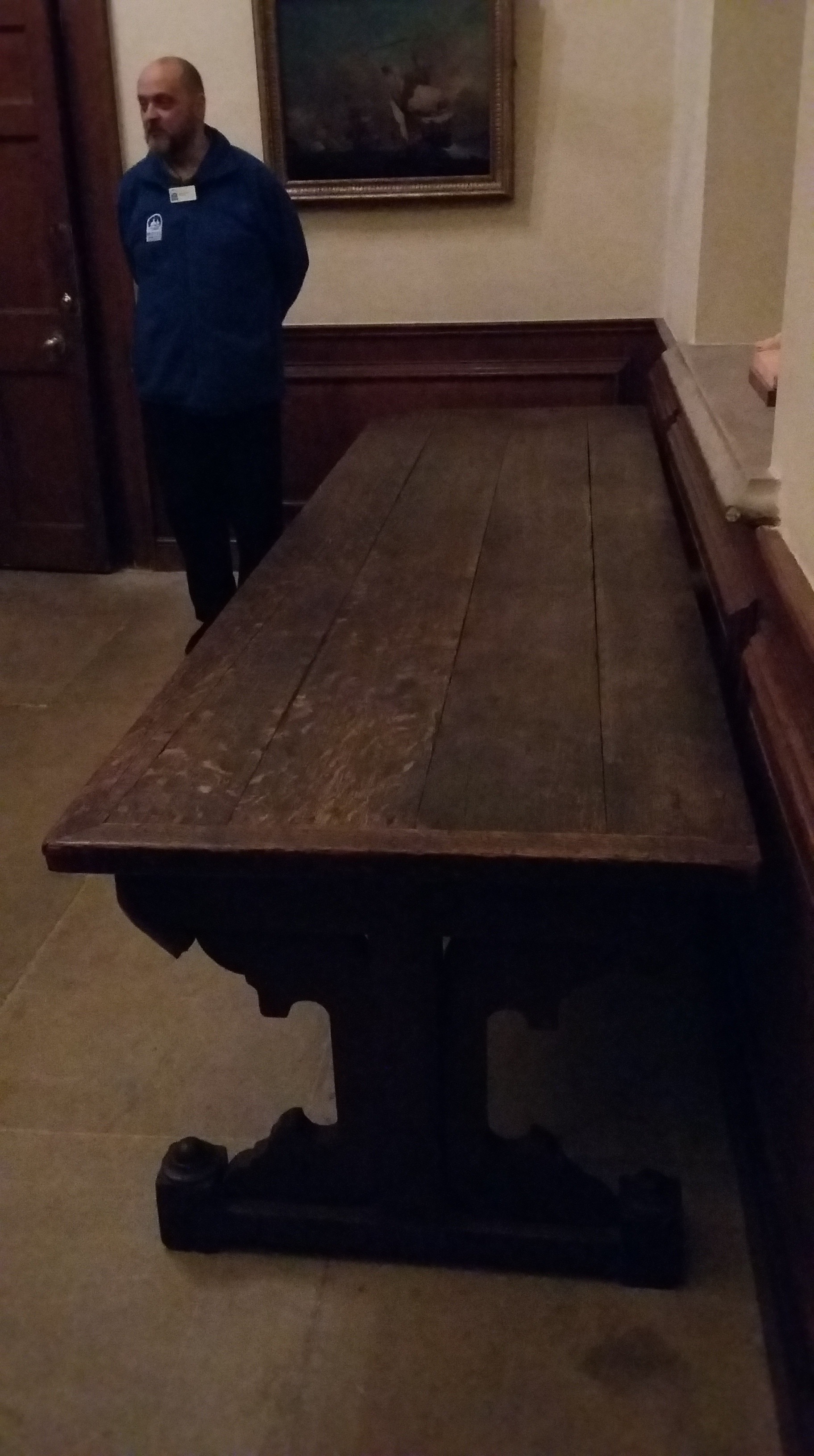 Meeting at the Old Brewery pub, we were taken first to the Admiral’s House, with its lists of former governors of Greenwich hospital, and its rich decoration. One corner was bombed during the Second World War and has since been rebuilt, but much of it is original. One particularly fancy room was used in disciplinary cases, so wouldn’t have been too pleasing to the average sailor’s eye. The most notable artefact in this building was probably the long table which is supposed to be the table on which Nelson’s body was laid out in the Painted Hall after it was returned to England after the Battle of Trafalgar. 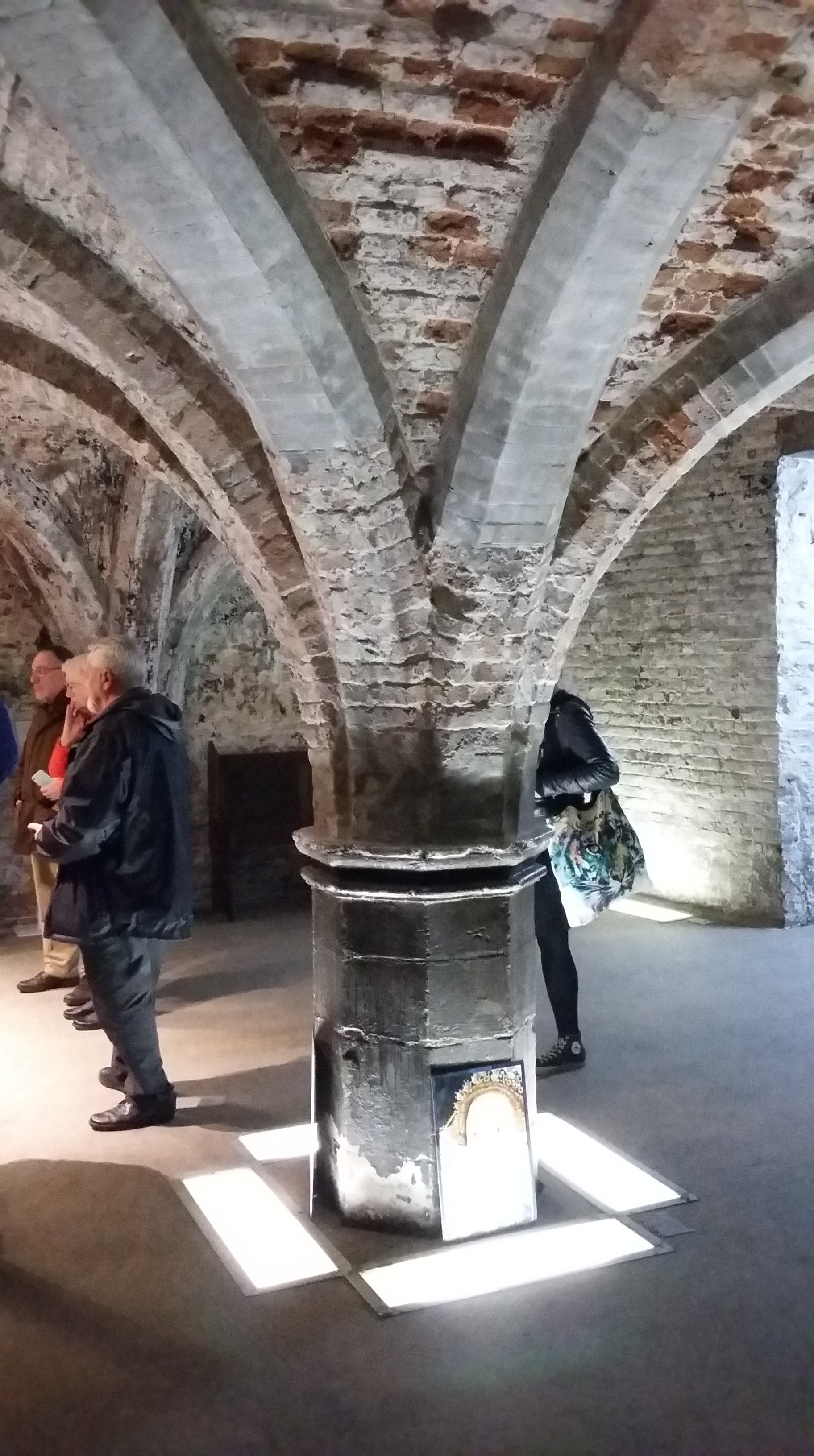 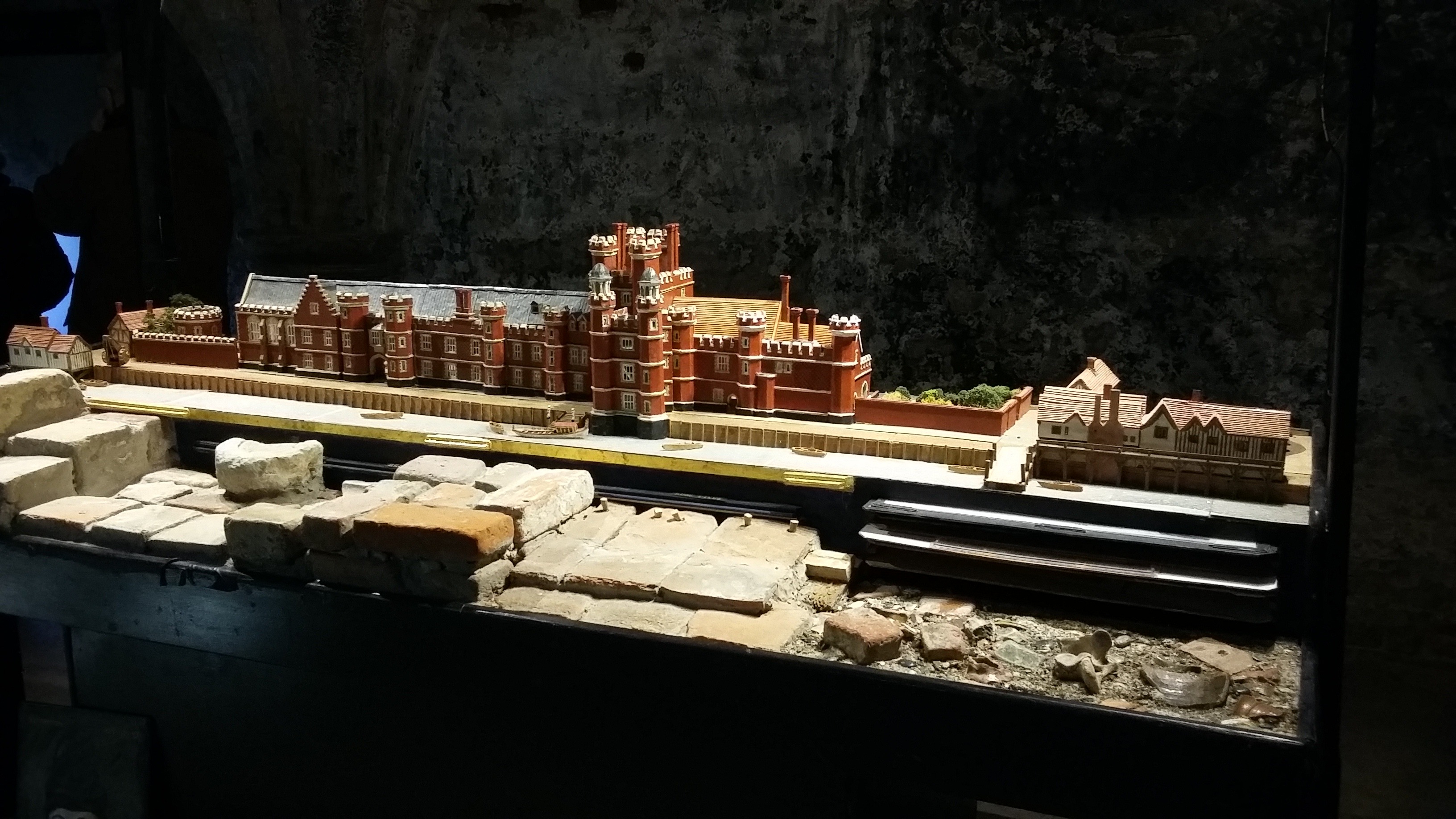 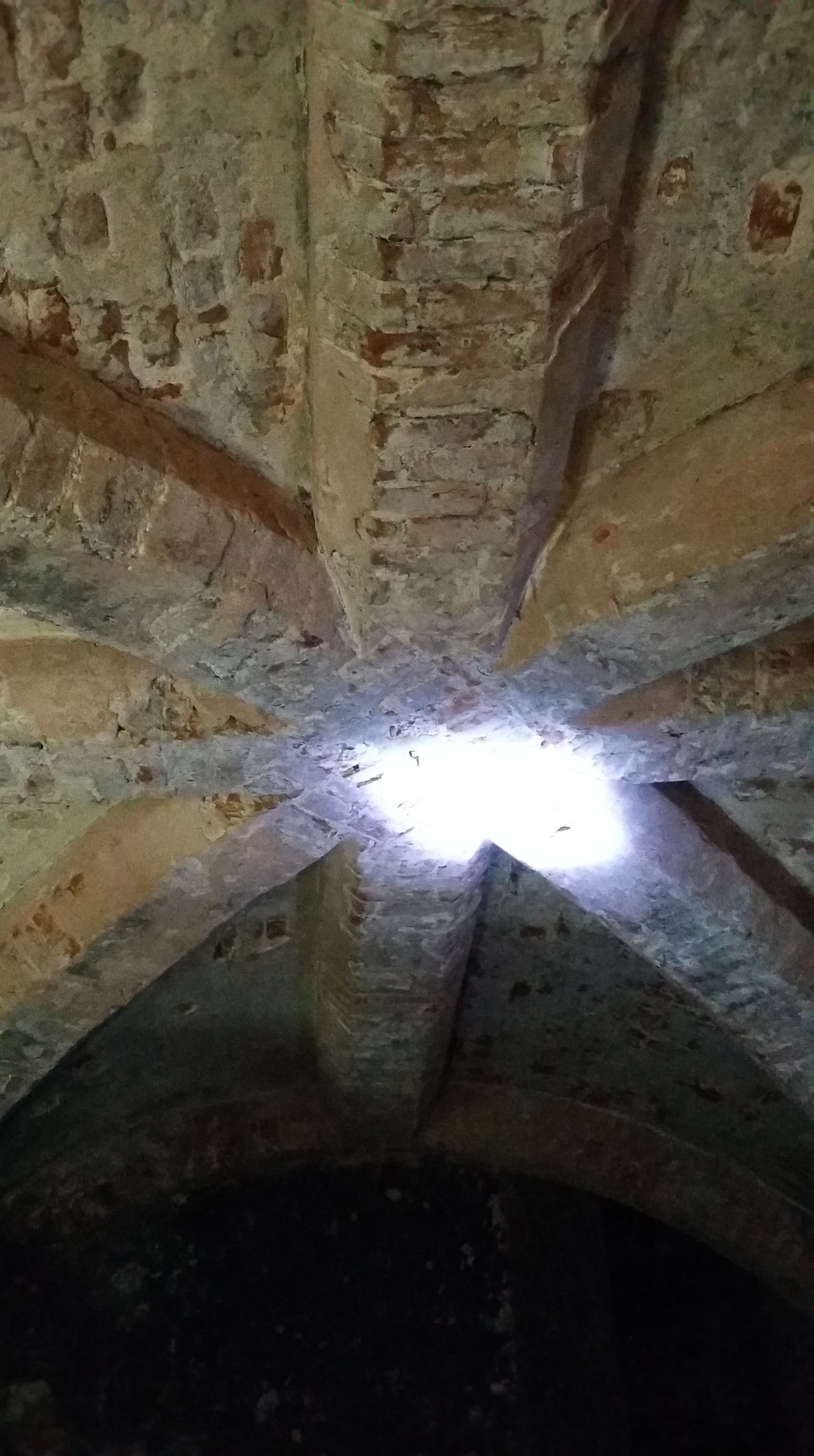 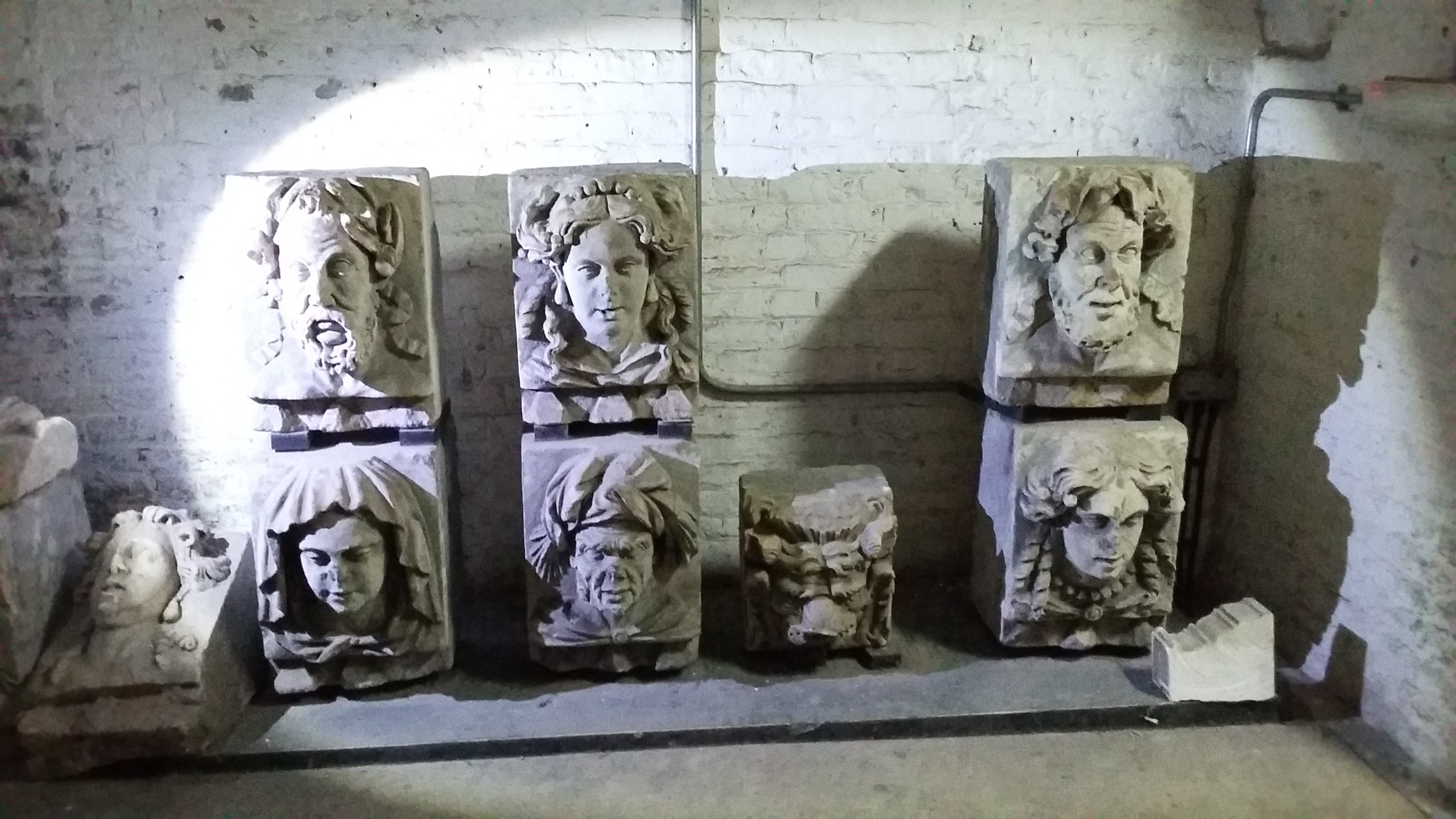 Next, we headed into the building now used by Trinity Laban – I’ve been here several times before for concerts, but had never noticed this particular entrance, leading into a sixteenth-century undercroft fomerly part of Greenwich Palace. Over the years it has been used as a wine cellar, a coal hole, and a bar – a hook left over in the ceiling was used to hold a disco ball in the Seventies. The creepy face carvings were originally planned to cover one of the seventeenth-century buildings, but that plan was scrapped as being too expensive, and they ended up down here, where most of them have lost their noses thanks to Navy recruits practising their swordsmanship. 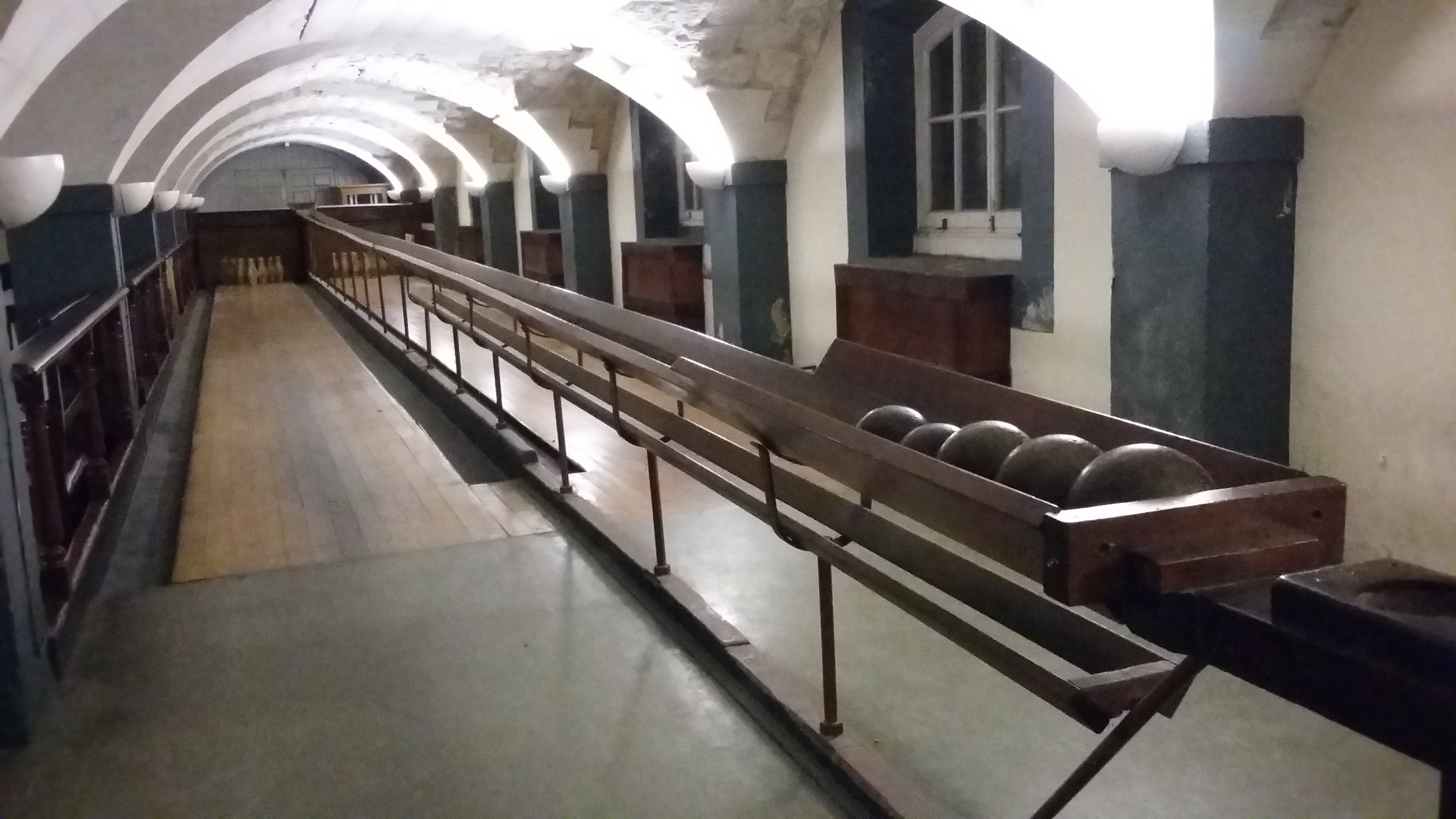 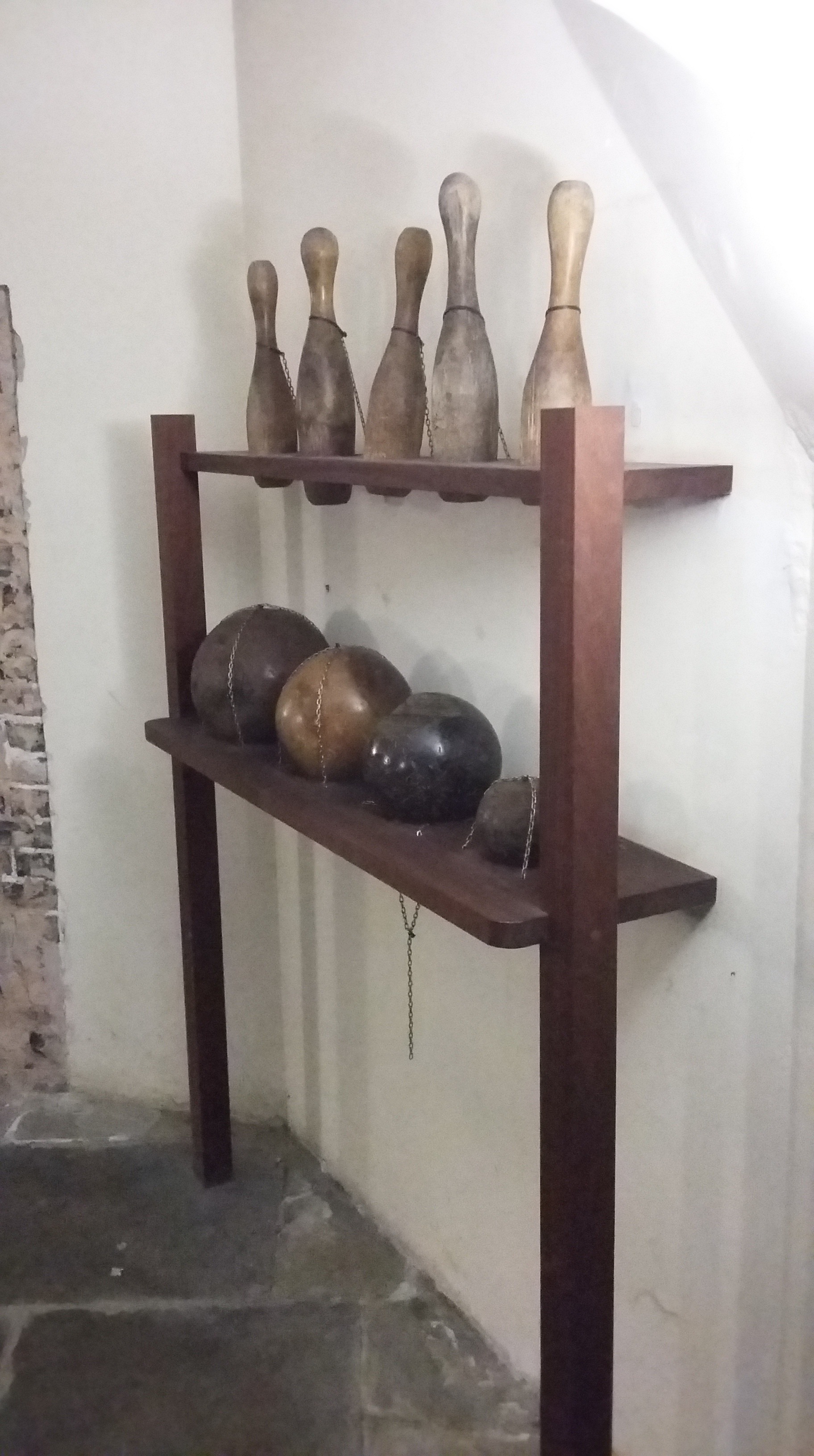 Finally, we headed beneath the Chapel to the Victorian skittle alley, somewhere I’ve wanted to visit ever since I heard about it. This space used to form part of the hospital, the underground location handily muffling the cries of patients undergoing operations. In the nineteenth century, the retired sailors living here, bored with the lack of entertainment, asked permission to construct a bowling alley down here. The balls used were practice cannon balls made from extremely heavy wood; it was not unknown for sailors to make bets with people they met in the pub and get them to use a ball that was ever so slightly rugby ball-shaped, thereby ensuring that they would never hit a strike. When it came to the sailors’ turn to have a go, they knew at what angle to throw the odd-shaped ball to ensure they were successful. 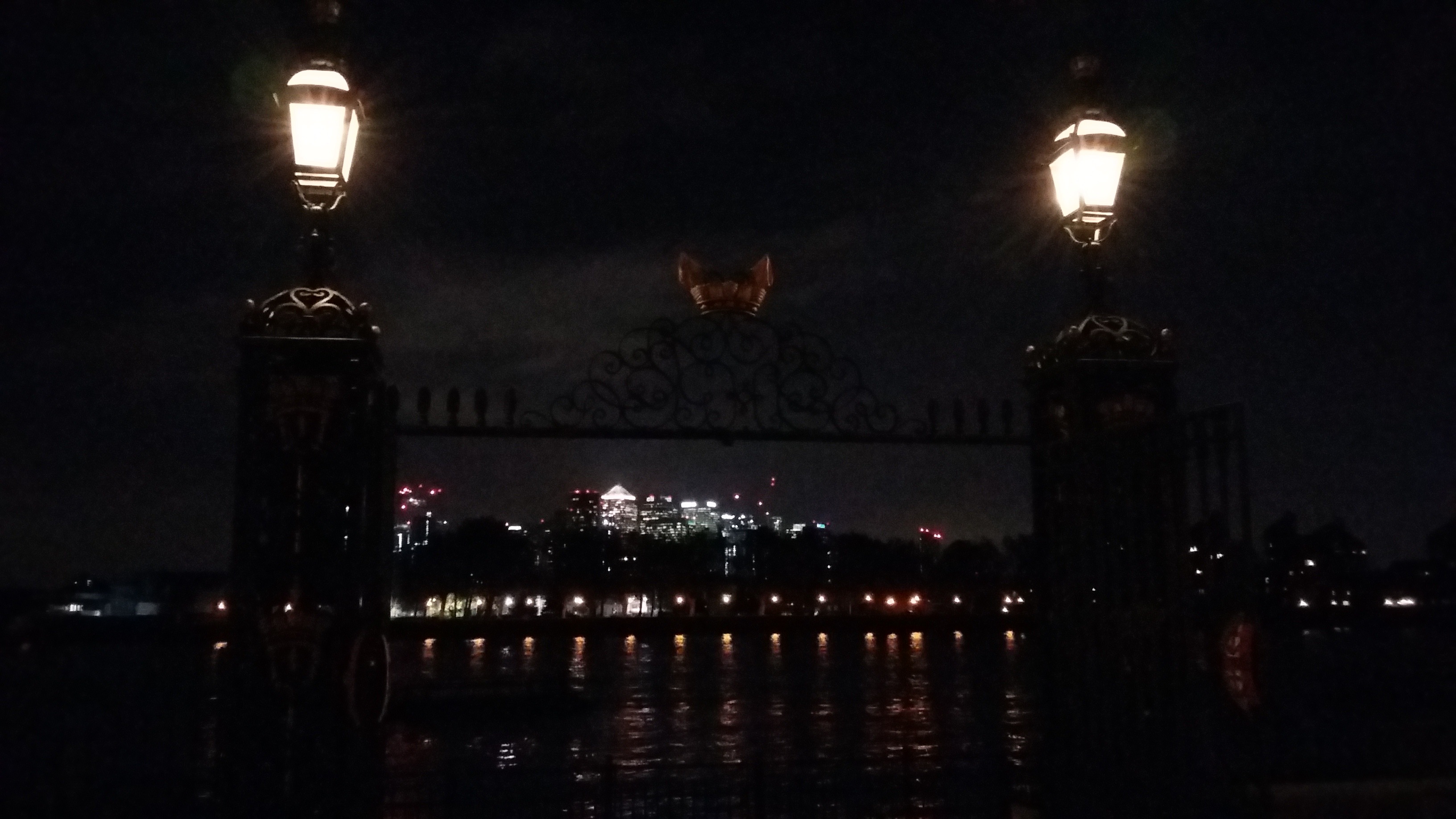 There ended my Unlocked tour (except for a free drink waiting back at the pub). I’d definitely recommend the tour: my guide was really friendly and knowledgeable and I was very excited to finally get the chance to see the skittle alley.