I had such a good time on Maggie’s Culture Crawl a couple of weeks ago. Originally known as the London Night Hike, the crawl is a sponsored 15-mile night-time walk around London, with all proceeds going to Maggie’s Centres. These are located in hospital grounds across the country and are designed as places where those affected by cancer can rest, talk and get support – both sufferers themselves and their friends and family. It’s a fantastic cause, although I have to admit it was the walk itself that got me interested – the charity part was a bonus!

I’d received my T-shirt in the post beforehand, with instructions to ‘charge up’ the glow-in-the-dark pattern under a light beforehand. On the night itself, I headed to Victoria Embankment Gardens to register and warm up. There were bottles of water and snacks available, talks from various people and even a little warm up session with music!

We set off at eight o’clock, heading across the river to the first stop which was the London Eye. As part of the walk we were permitted to have a go. I’d not been on it since I was sixteen, and that was during the day, so I thought it would be rather exciting to go on at night I was not disappointed.

After this bit of fun, it was time to walk to the next stop which was the Foreign and Commonwealth Office. Being in here felt like a huge privilege and the building was certainly beautiful. I also enjoyed the tea tasting, courtesy of Fortnum & Mason! 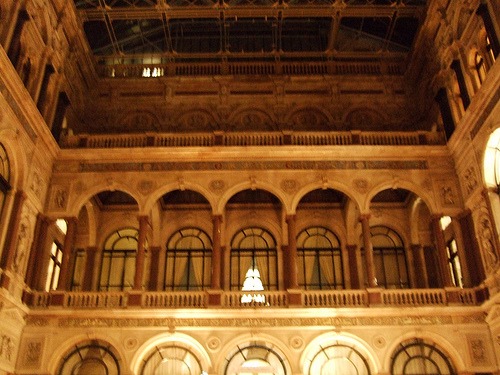 The next stop, which was quite a way away, was the Roca London Gallery in Chelsea (near Imperial Wharf Overground station). I was rather bewildered by the inclusion of this stop as it seemed to specialise in toilets (well, bathrooms)! Still, it was decorated pretty well and the dancers performing for our entertainment were really talented.

Maggie’s West London Centre in the grounds of Charing Cross Hospital was another stop. I enjoyed the opportunity to relax in a deckchair, nibble on a cupcake and take a look around the centre, which seems like a really warm, inviting place. Following this, the Royal Geographical Society building near the Royal Albert Hall was another stop – as well as a tea room, this stop had, rather bizarrely, a silent disco! Some people were actually dancing – personally I was glad of the opportunity to have a rest!

After this, there was an incredibly long stretch of walking. The route took us past Hyde Park Corner and parallel to Oxford Street (it was around 2 am at this point and seeing all the drunk people stumbling out of the clubs was an eye-opener). I was exhausted by this point (I’d totally underestimated how far 15 miles was) but I soldiered on and was hugely pleased to reach the next stop – Bart’s Hospital, the oldest hospital in London and site for a forthcoming Maggie’s Centre. 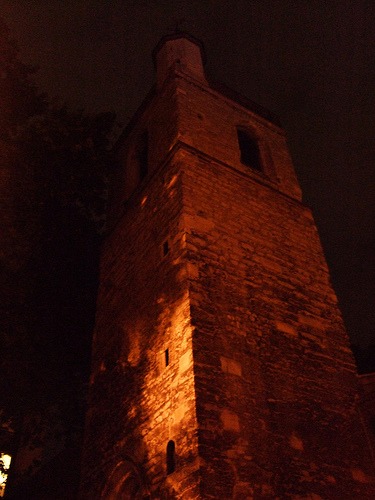 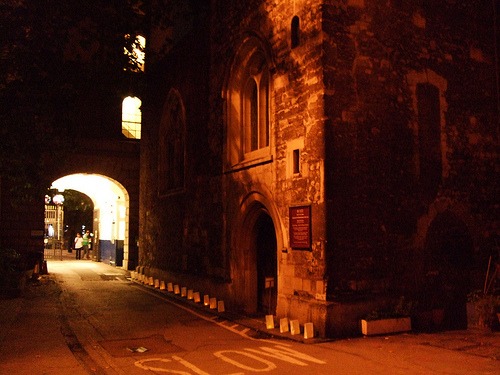 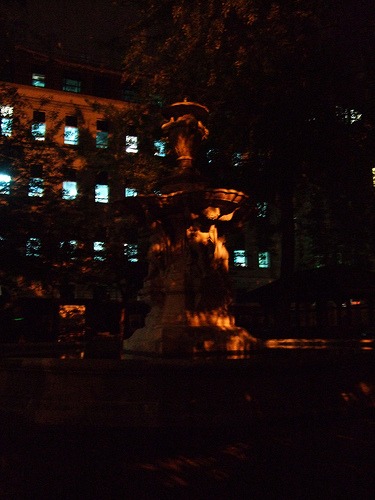 There wasn’t much of the route to go by this point – I struggled on past the Royal Exchange:

…until I could finally see the end in sight!

I was sooo happy when I finally reached the finish. Food chain Leon had kindly provided breakfast, but alas, the veggie option was yogurt – not so great when the meat-eaters got a bacon sandwich. Oh well, I suppose you can’t complain about free food!

Inside the Gherkin (official name: 30 St Mary Axe) I signed in and was proud to receive my medal. I saw several participants heading home at this point (it was around 4 am after all), but I decided to make the most of the opportunity I had and head up to the top of the building.

The space set aside for us, right at the top, was oddly calming. Lights were kept low, and cushions had been spread across the floor for us to collapse on to (several people were already asleep). I put my name down for a free massage, and settled down to wait. 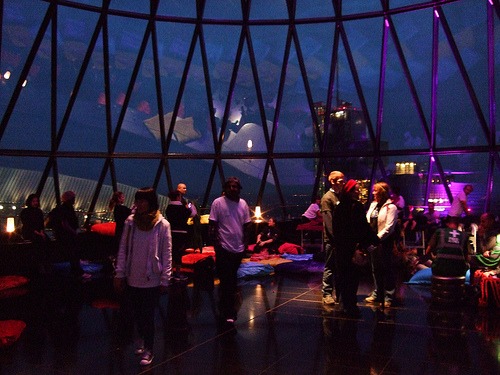 A big advantage of hanging around up here was that I got brilliant views over London, and was able to watch the sun rise.

After my massage, it was late enough for the tube to have reopened, so I left – not before admiring these guys:

My sponsorship page is still open, so if you fancy donating, I would be really grateful!