On Sunday night I went to Somerset House to attend a talk called Behind the Screen – Hollywood Glamour: Classic Hollywood icons and how they created their signature looks. The talk was held in the Screening Room and was delivered by Jane Richardson, International Lead Stylist at NARS.

Richardson, who obviously has a great understanding of modern makeup, proved an engaging speaker who is clearly interested in the history of Hollywood glamour. She discussed how modern attempts to recreate classic styling often involve tweaking various elements of a look to make them a bit more modern, as well as using innovative phone apps such as Instagram to make a picture look older and more “vintage” than it really is. In the mid-20th century, however, cinemagoers who wanted to emulate their favourite stars usually tried to recreate the whole look: when they went to see films they wanted to be transported into a different world, and wanted to “be” that person on screen. Demos of hair and makeup would often take place at cinema screenings. On a similar note, actresses themselves would usually pick a look and stick to it throughout their career, rather than changing their image frequently like many modern-day actresses do. They were “owned” by the studio that hired them and were often taught how to do their own makeup – although these items were still called “cosmetics” as the term “makeup” was seen as vulgar, associated with women of a certain profession.

I was interested to learn how filming procedures and equipment affected the look of makeup on-screen. Nowadays we associate the Twenties with dark burgundy lipstick, but in fact actresses wore red, and it was the black and white film that made the colour appear darker (on a similar note, anything blue came out white). The advent of Technicolor changed makeup, and two firms in particular, Elizabeth Arden and Max Factor, pioneered new products. Elizabeth Arden was famous for “nuchromatic” makeup, while Max Factor launched the first “cosmetic” product in 1914, followed by “panchromatic” cosmetics in 1929 and the “pan-cake” in 1937. Actress Norma Shearer, a genius in manipulating how she appeared on-screen, would wear the lightest shade of pan-cake herself and demand that every other actress wore a darker shade, ensuring her complexion appeared brighter and fresher than everybody else’s.

During the talk we learned about the lengths several Hollywood actresses would go to in order to enhance their beauty. Margaret Sullavan was signed to Universal Studios in 1933: the studio made her endure some rather drastic procedures including the removal of a mole on her face and the removal of her entire top row of teeth, which were supposedly crooked. Greta Garbo was particularly influential: we saw some “before” and “after” shots which showed how she removed most of her eyebrows in order to fit accepted standards of beauty, as well as using makeup to change the shape of her mouth and appearance of her eyes. Marlene Dietrich, who compared her relationship with her makeup artist to that between accomplices in crime, had her back teeth removed to make her cheekbones look more lifted, and aged 43 gave herself a “temporary facelift” by twisting her hair and pulling it back so hard that it bled. Perhaps the most drastic – and horrific – procedure was undergone by the actress Carole Lombard. She had plastic surgery to reduce scarring after an accident, in itself not particularly drastic – until you find out that she had this surgery without pain relief, as it was believed that anaesthetic would reduce the success of the procedure.

It wasn’t just makeup, but hair that was an important part of an actress’s style. Rita Hayworth underwent electrolysis to raise her hairline when the studio claimed that her forehead was too low. Carole Lombard and Marilyn Monroe famously dyed their hair blonde, but the original “platinum blonde” was Jean Harlow, who used a harsh dye containing peroxide and ammonia. So influential was her hairdo that producers changed the name of her movie to Platinum Blonde.

Some actresses used rather less drastic methods to enhance their beauty. Joan Crawford became such an expert in studio lighting – knowing how it could affect her entire look – that she could supposedly tell when one of the bulbs had blown before the technicians, claiming that she could feel the cold spot on her face (studio lights were notoriously hot). Crawford would also splash her face with ice-cold water 25 times after every wash, believed to freshen the complexion but not advisable now! Vivien Leigh, believing that her hands were too big, wore gloves as often as she could get away with.

What interested me, in the face of all these rather dramatic methods of achieving “beauty”, was how several acclaimed actresses actually did their own makeup. Elizabeth Taylor actually did her own makeup for Cleopatra. Jane Russell also did her own makeup, as did Marilyn Monroe, who supposedly invented lip gloss by choosing to add shine to her lipstick. An interesting way to end a fascinating talk.

The end is in sight for my visit-every-Underground-station project – after Saturday’s excursion I only have fifteen stations to do. Fifteen! I can hardly believe it.

So what did I do on my Saturday excursion? I did something I’ve been meaning to do for a while – I headed to the end of the Metropolitan Line, one of the oldest parts of the network, to check out the stations there. These were built before the Green Belt around London was constructed, hence why they are so far out compared to the rest of the stations (Zone 9 no less!). The villages here are actually in Buckinghamshire, and you can hardly believe you’ve just got off the tube, so different is the entire area to busy central London.

First of all, Chalfont & Latimer station (the junction from which you branch off to either Chesham or Amersham) seems to be a housing estate with a main road running past. It was very quiet: this attractive-looking tree and bench seemed the most noteworthy landmark in the place. 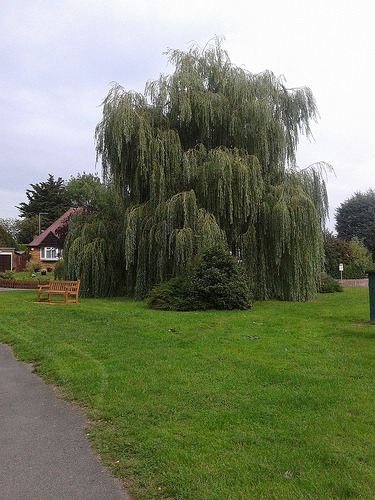 I visited Chesham first. I really liked Chesham – it had a really old villagey feel and I could see the hills on one side. There was a market on when I was there, too.

I didn’t like Amersham quite so much, as it wasn’t as pretty – I suspect Old Amersham is the ‘pretty’ village, but I didn’t have time to go there. What I did like – in both Chesham and Amersham – was the number of charity shops. I love a good old charity shop rummage: on this occasion I came back with two bags, one from each town. I love them both, especially the leather one, which is basically Proper Vintage. 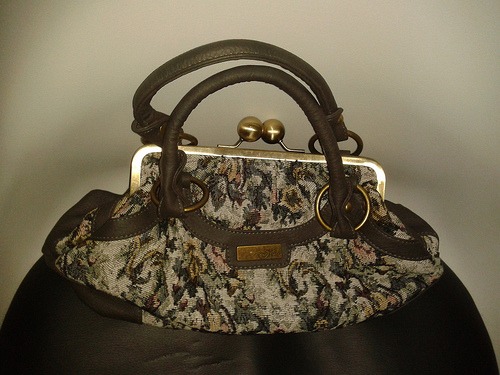 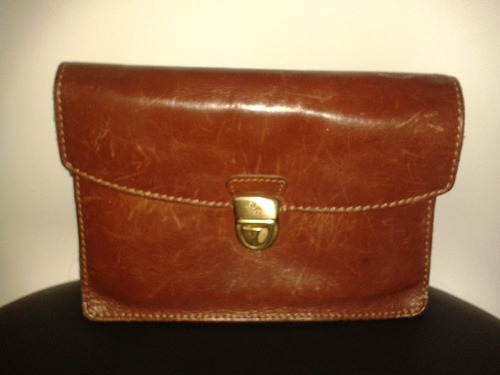 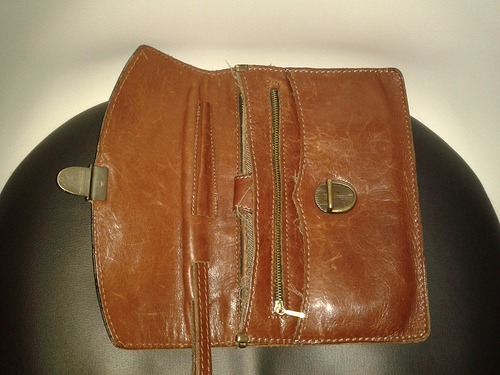